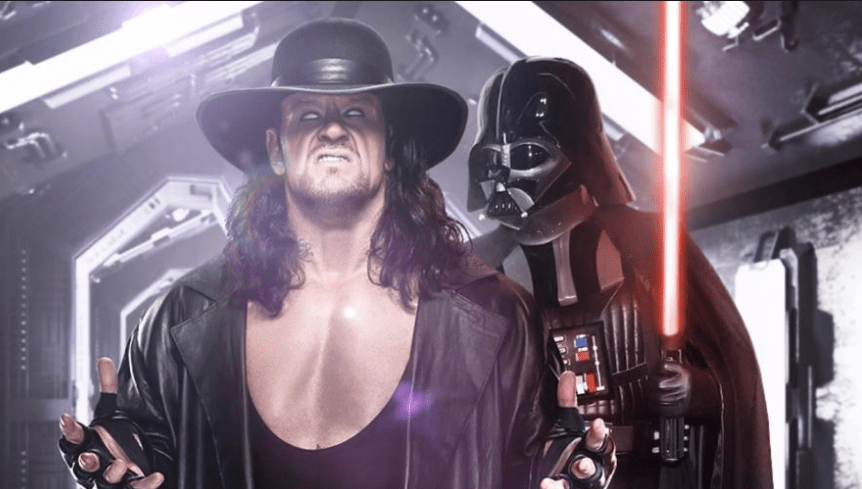 By now if you’re reading this, chances are that you’ve seen the latest chapter in the Star Wars Universe, Rogue One: A Star Wars Story. If you haven’t, you’re not a Star Wars fan and are probably here because you heart me. Since it’s making a killing at the box-office (Duh!) and many fans unwrapped Star Wars action figures, vehicles and playsets on Christmas morning, we figured why not merge this cool franchise with another love of ours: pro wrestling!

Just like Star Wars, the WWE Universe has its share of heroes, villains, scoundrels and some weird looking people that could pass for aliens. Considering The Rock is in 75% of Hollywood movies, and John Cena is transitioning more into films and TV, there’s a good chance a WWE Superstar might end up in a Star Wars project in the near future. To speed things up — or go into hyperdrive, if you will — we look at the current roster and spotlight talent that could be characters in a Star Wars movie. So before we head into 2017, let’s go to a wrasslin’ galaxy far, far away!

Before we begin, we say goodbye to the beautiful and strong, Carrie Fisher (1956-2016). Forever our Princess, may you rest in peace. 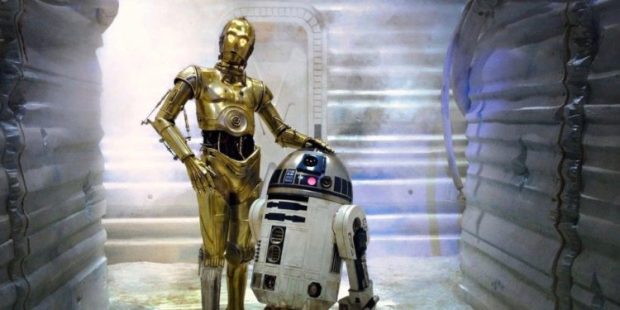 Droids in the Star Wars Universe come in various shapes and sizes, each with their own unique and entertaining personality. While the trio of Xavier Woods, Big E and Kofi Kingston don’t act robotic or lack emotion, their personalities would make for hilarious droids. We’re talking good droids here, not the kind that are bounty hunters or work for the Galactic Empire. New Day, the resident gamers and fanboys of WWE, would embrace their roles as comic relief similar to classic robots like R2-D2, C-3PO and BB-8.

But what kind of droids would this charismatic trio be? With his loud and brash personality, Woods would make a great astromech droid. The large and in charge Big E would be a droid that only replies with “who?”, serving as a bigger than usual protocol droid. He’ll do for droids what Groot did for trees.

As for Kofi with his highflying ways, he’s a probe droid (the other kind) always in the air, snooping around for trouble to get into. 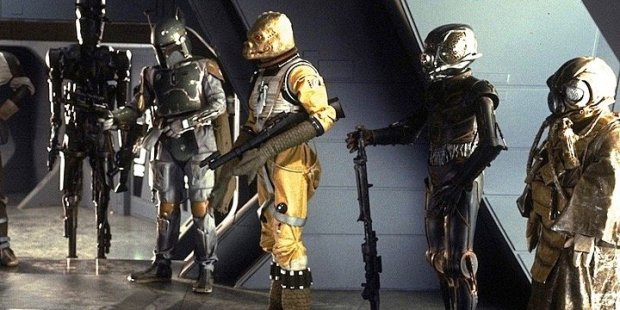 Can’t you see Samoa Joe rocking a golden mullet with sunglasses ala Dog the Bounty Hunter? No? Well, thankfully to be an intergalactic badass, Joe doesn’t have to sport a dirty biker look to be feared. Destroying opponents and backstabbing friends for fame and fortune are two skills Joe possesses in order to be a Star Wars gun-for-hire. From Zam Wesell to IG-88, and that toilet paper wrapped looking guy, Dengar, there’s no shortage of outlaws and “scum” that list bounty hunter as their profession.

Joe’s already an anti-hero, complete with an intimidating stare and snarl, so adding some cool armor, a blaster gun and his own spaceship would have him set as a bounty hunter. Not to be confused with Goba Check, Boba Fett sits at the top of the list of most feared and fan favorite bounty hunters currently in the Star Wars Universe. Luckily for Fett, he and Joe aren’t competing for the same bounty, as things would be a lot messier if they were. 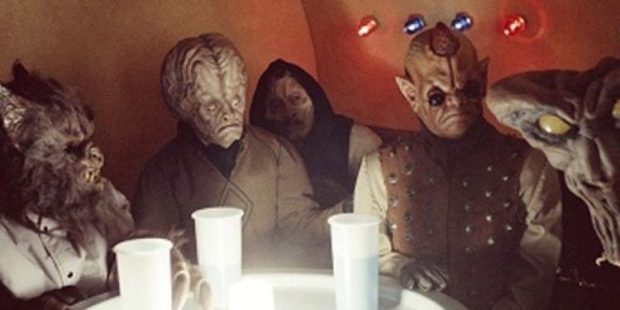 We’re sorry Neville, we love you but you look like an alien. Actually it’s been said he looks like a hobbit or goblin from a J.R.R. Tolkien book, but that’s not the IP we’re dealing with. Having just returned from an ankle injury that sidelined him for months, the new and improved Neville is a heel with sights set on winning the Cruiserweight title. While WWE seems to finally be utilizing his talents correctly, if Star Wars was casting wrestlers in roles, Neville would be pinned as a muscle bound ET.

With a touch of make-up and prosthetics, Neville would be a funky looking alien having a drink at the Mos Eisley Cantina or Maz Kanata’s place. If not there, he’d surely be found in the front lines of the war between the rebels and the Empire, weapon in hand ready to battle it out! 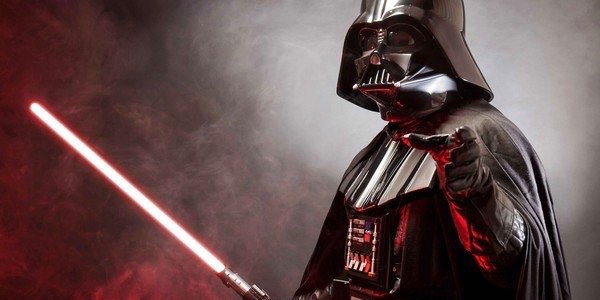 With a name like “The Demon King,” it’s not much of a stretch to think that Finn Balor may be best suited to be one with the dark side of the Force. The former NXT and Universal WWE champ is currently on the shelf due to a shoulder injury. There’s rumors of his return sometime in early 2017 (possibly the Royal Rumble), but as far as we’re concerned, the guy could be in Sith training while he’s been away on “rehab.” He could be holed up in some dark room wearing a hood while building his own lightsaber. We don’t know and neither do you!

Balor’s always walking the fine line between the light and dark side of life with his in-ring character. Letting “The Demon” out when the situation calls for it. The journey from hero to possible villain parallels the story of Anakin Skywalker, who transformed from a Jedi into the biggest bad guy, Darth Vader. Very much like Kylo Ren’s current seduction with the dark side, watching Finn finally fully embrace his darkness would be a nice twist for fans to enjoy. 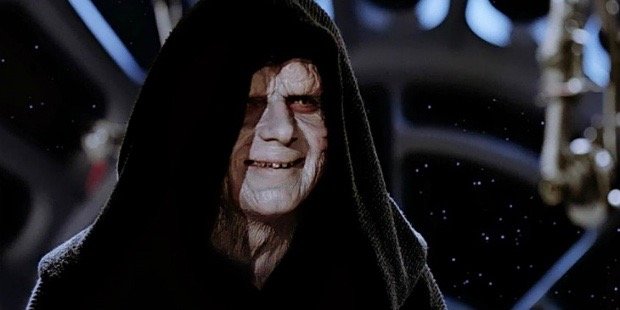 Come on, this one falls under the “no shit” category. Straight out of Star Wars central casting is Vinnie Mac donning the Emperor’s dark robe. In the past, McMahon has already revealed himself as being the high power, so being the ruler of the galaxy is only a natural extension of that. With all the theories about the true identity of Supreme Leader Snoke, don’t be surprised if Star Wars Episode 8 has ties to the evil leader of WWE. 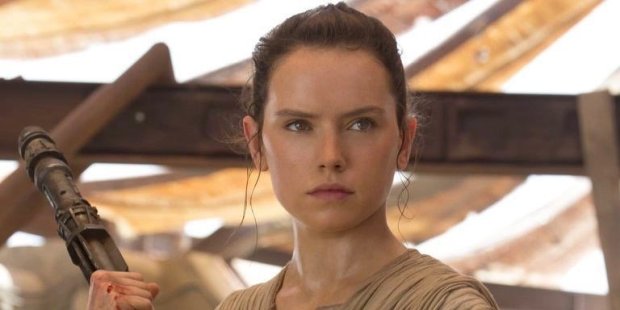 In an era of anti-heroes and villains, there are little to no true white hat heroes in wrestling. Outside of John Cena, very few characters take a stand as an honest to goodness babyface. Bayley is one of those few but proud warriors that fight for peace and justice inside the manic world of WWE. The Huggable superstar surely looks like she’s one with the force, cut from the same cloth as Rey from The Force Awakens. With natural charm and radiant energy, Bayley would be cast as a Jedi-in-training in the Star Wars Universe. Just seeing her wield a lightsaber on screen in an epic fight, would be make many a middle-aged wrestling fan squeal in delight.

Get your wrestling fix any day of the week by visiting our Wrestling Wednesday page.