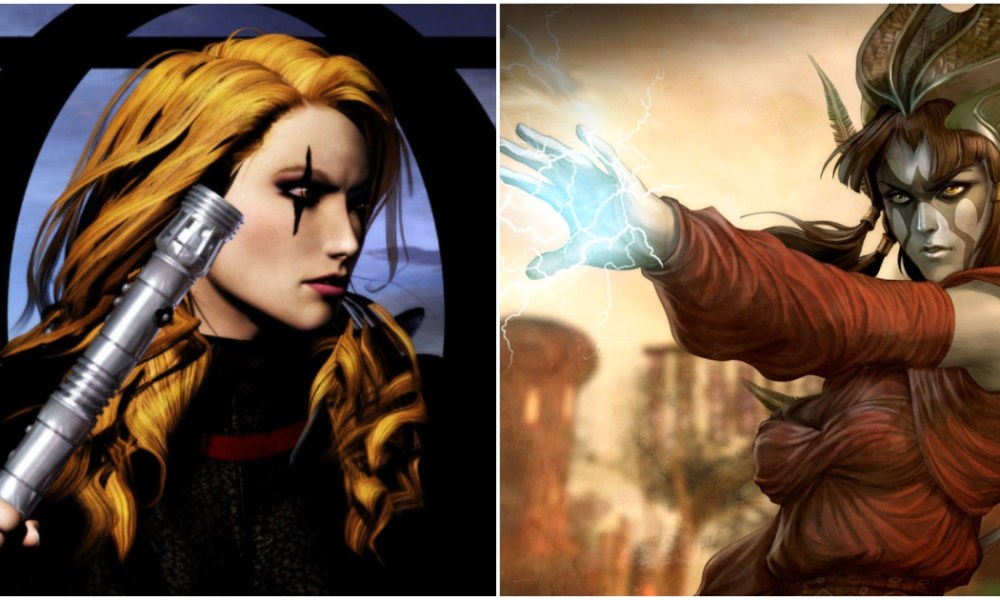 Gone are the days when we sidle with the good guys and shun the baddies. However shady and vile the dark side maybe, there’s just something about it that draws us towards it. Is it their smarts or their scarily attractive countenance? Not sure, but anti-heroes do charm us equally well! And when they are females? Even better!!

‘A woman’s body is her most powerful weapon’, is how the norm goes. These Star Wars female dark siders are here to prove you wrong. They are capable of giving the male dark siders a complex and are quintessential embodiments of ‘woman (misuse of) power’. These are the 10 most prominent antagonists of the female Sith and Dark Jedi. Let’s meet the most Dangerous Sith ladies of Star Wars universe, buckle up!

Zannah, formerly known as Rain, at the tender age of 9, snapped the neck of two Jedi knights like it were no big deal at all. Following which, she became Darth Bane’s apprentice. Under his tutelage of over 20 years, she gathered everything she could from the Sith Lord. Appalling as it may sound, eventually Darth Bane met with his death at the hands of his own apprentice Darth Zannah, after she perfected the sorcery she learnt from him.

“This is the way of our Order. An individual may die, but the Sith are eternal” – Darth Zannah, Dark Lord of the Sith. 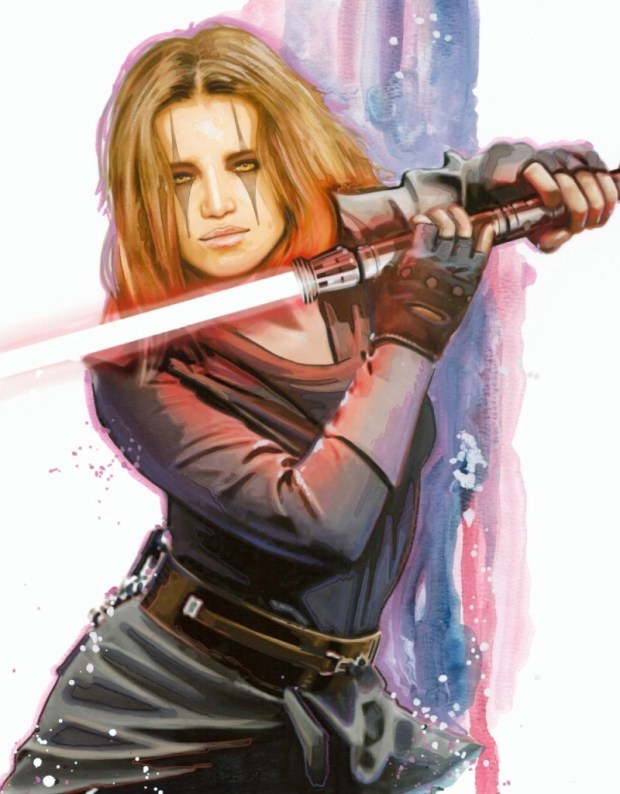 Kreia, earlier known as Darth Traya, was a human female Sith Lord and Jedi Master. Though she was visually impaired, Kreia could tame beasts, use lightning and dark side heal. She could concurrently slay assassins and battle with her saber using telekinesis. Age does not hinder Kreia one bit! Don’t let the grey hair and the wizened face deceive you.

“Know that there was once a Darth Traya. And that she cast aside that role, was exiled, and found a new purpose. But there must always be a Darth Traya, one that holds the knowledge of betrayal. Who has been betrayed in their heart, and will betray in turn.” – Kreia. Maladi was a force sensitive Devaronian female, who specialized in mental manipulation, torture, ways of inquisition etc. Maladi was incredibly skilled with the saber and was one among the very few force users to be able to use force lightning while in combat. This ability made her twice as dangerous. She was the Sith equivalent of a ‘mad scientist’, and manufactured and dealt with the narcotic ‘ixetalcilona‘, a primary ingredient in death sticks.

“I was born on Devaron, child of a rare Devaronian Jedi. Lord Krayt killed my parents and I was taken and trained as a Sith.” – Darth Maladi. 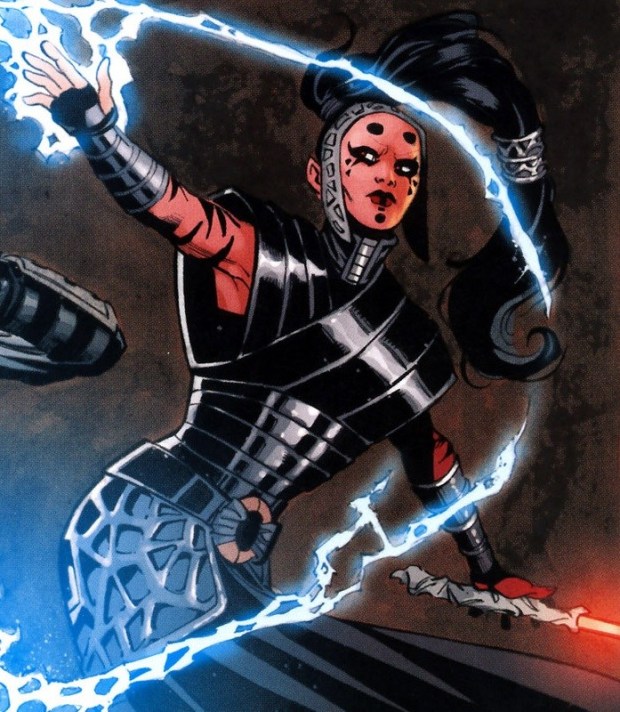 Lomi Plo was a powerful human female Nightsister and a Sith Master who was part bug, part human, a phenomenon that happened to her when she crashed on the planet Kilik. Lomi was the reason behind the Swarm War and the Dark Nest Crisis.

Thriving on her opponents’ dubiousness, Lomi played mind games but was also physically mighty. By tapping into the power of the colony, she began turning the entire colony into mindless drones. She came close to taking down the entire colony at a fraction of the time it took YuuzhanVong. This madness finally came to an end when Lomi died at the hands of Jedi Grand Master Luke Skywalker.

“There is nothing wrong with vengeance. It is a noble emotion – a powerful one.” – Lomi Plo. 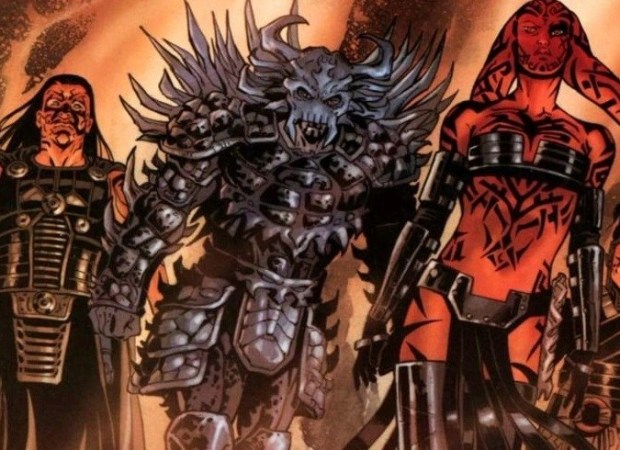 Darth Cognus, or ‘The Huntress’, was a female Iktotchi assassin with an impeccable killing streak. She was to track down Darth Bane, which she accomplished successfully by ambushing him, immobilizing him with senflax poison, and delivering him to the Stone Prison. But later on, she became infatuated with his insane powers; Huntress pledged to be his apprentice.

“I love a good chase. That’s why they call me Huntress” – The Huntress. 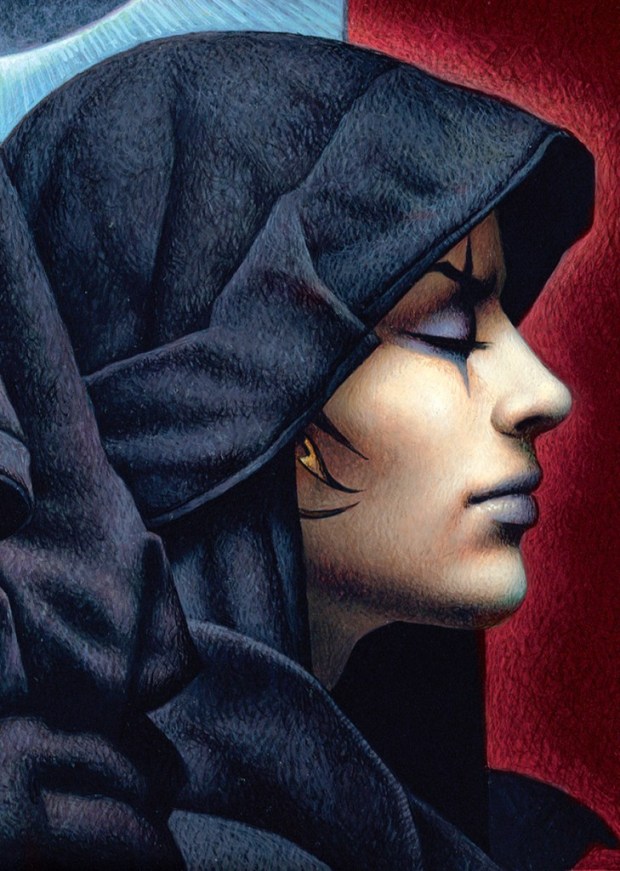 Aurra was a female Jedi Padawan and a vicious bounty hunter, specializing in political assassinations. A teacher to BobaFett, Aurra’s genetics were a mystery. She was half human and the other half was unknown. The uncertainty made her almost immortal. Jedi Lightsabers were her keepsakes every time she made a kill, and boasted the ability to brandish one or two sabers with utmost precision.

“Fear me, Jedi! I am Aurra Sing, Nashtah, scourge of your kind! I haunt your darkest dreams! I drink Jedi blood; I nest in their guts! Your nightmares now have a name, hierophant, and that name is Aurra Sing!” -Aurra Sing. 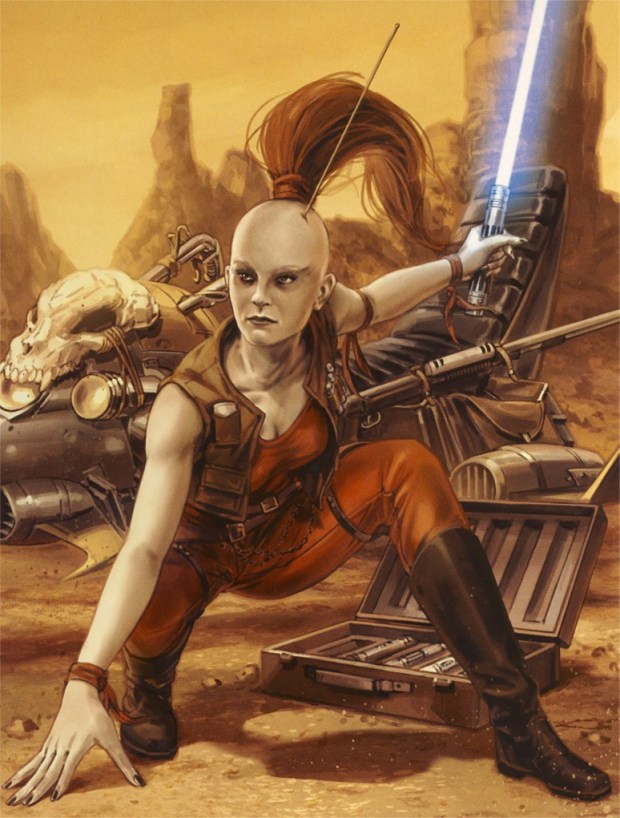 Alema was a female RutianTwi’lek Jedi Knight, who lost her sister in the YuuzhanVong war. Alema went through extreme hardships in life. She became mentally retarded, her arm was severed off her body, she was bitten in half by a beast, her Leku was cut off by a saber, half her foot was missing but through all this catastrophe;Alema fought people off with ease.

She had mastered the usage of force phantoms after the passing of Lumiya, which helped her rescue Jacen’s fleet. She fought hard till the end when her neck was snapped off with a set of Crush gaunts by Jagged Fel. 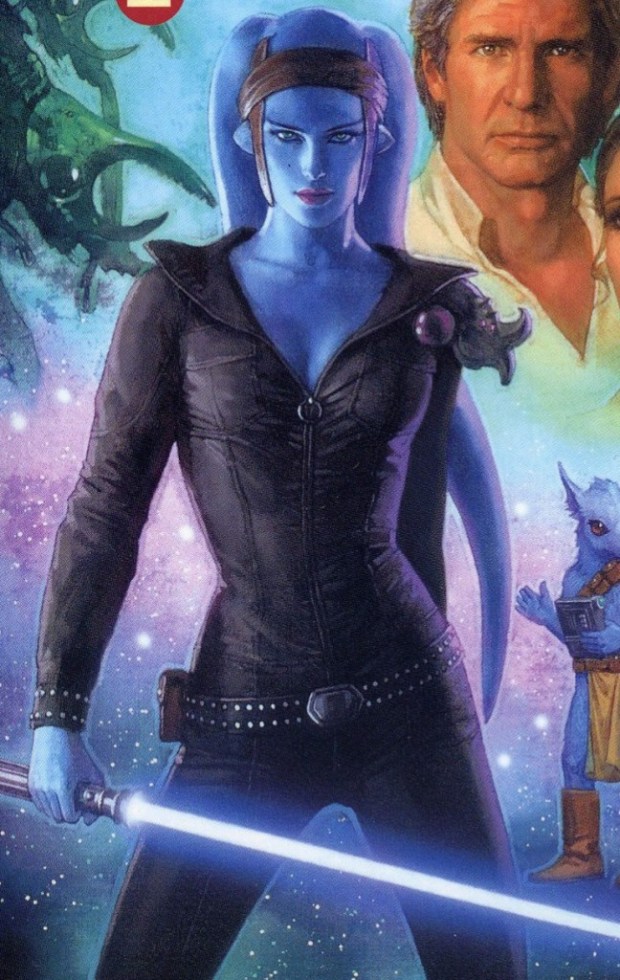 Shira Brie a.k.aLumiya, was a force sensitive human, i.e. a cyborg. She was a Sith, under the Sith Lord Darth Vader, but could not achieve overlord status because she was a cyborg. Lumiya is Jacen’s Rock of Gibraltar and also took cloning to the next level with her force phantoms.

Owing to this, she had the capability to be physically omnipresent on different planets simultaneously. Lumiya made this possible by drawing the required force out of living beings. Lumiya’s weapon is a lightwhip – a bull whip made of energy. She had also injured Luke fatally during their second encounter. 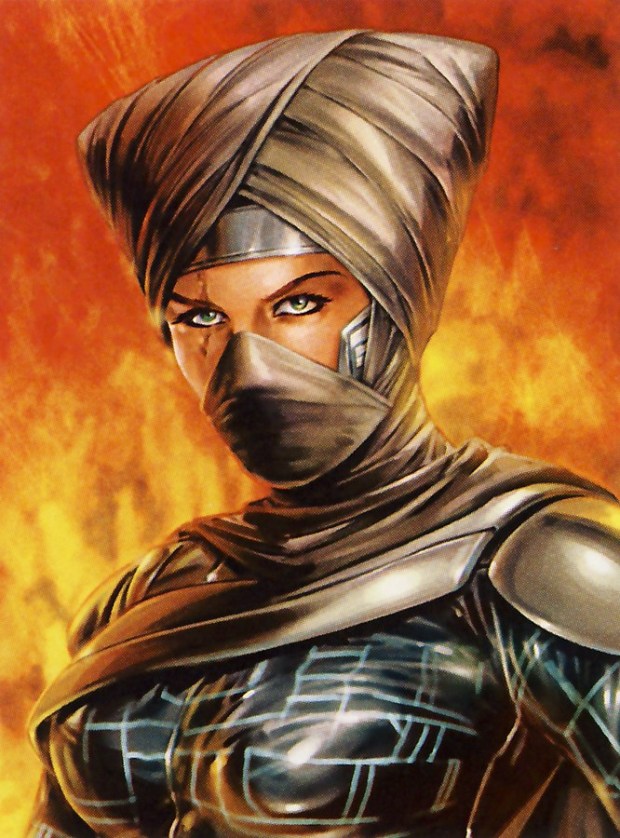