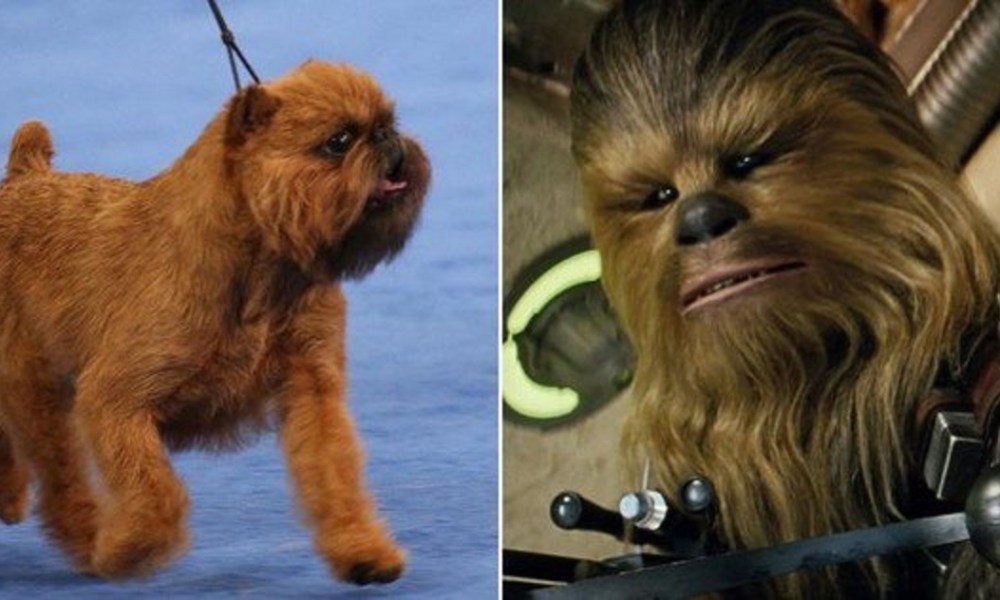 For many, the National Dog Show is a time-honored Thanksgiving tradition. Much in the same way that Turkey and stuffing are for many families. Those who watched the show last night witnessed history as a Brussels Griffon named Newton won the coveted Best in Show, which is the top prize given at the annual event. This marks the first time a Brussels Griffon won the award, but everyone was much more obsessed with the fact that Newton looks a lot like a tiny version of Star Wars icon Chewbacca.

“Is Newton the Brussels Griffon the National Dog Show winner, or a miniature Chewbacca? YOU DECIDE.”

Yes, the 3-year-old Brussels Griffon who beat out six other challengers for Best in Show happens to look an awful lot like Han Solo’s trusty co-pilot from Star Wars. And people noticed. Newton beat out an American Staffordshire terrier, a French bulldog, an Old English sheepdog, an English springer spaniel, a whippet and a Portuguese water dog, which placed second in the category, for the honor. As one can imagine, people on social media began freaking out once they saw that Newton, who looks strikingly like Chewbacca, won the contest. Sarah Nikkiluas summed it up quite nicely.

Newton’s brown fur resembles that of Chewbacca’s from the movies, which would be enough for some to make the comparison. But looking at Newton’s face, it’s clear the dog has more in common with the famed Wookiee than just having a similar hairstyle. All he needs is Chewie’s sash and a Bowcaster and he’s good to go. While most comparisons for Newton are of the Wookiee variety, Becca Miller thinks the dog looks more like an Ewok.

“An Ewok won the National Dog Show, proving that anything is possible for a small creature from Endor.”

Aside from the comparisons being made between Newton and the beloved Chewbacca from the Star Wars franchise, a Brussels Griffon was also the breed of dog featured in As Good As It Gets. In celebration of his win, Newton enjoyed a bowl of ice cream. Now just try to imagine Chewbacca eating ice cream and this all gets even better. Newton’s handler, Susan DePew, says the dog is happy all of the time and that his life is pretty great.

“[Newton] is just happy all the time. Everything’s great in Newton’s world. I just want to live in his world because everything is fun.”

The only real tragedy here is that the awards ceremony at the National Dog Show didn’t resemble the end of Star Wars: A New Hope. Though, in the movie, Chewbacca didn’t actually get a medal at the ceremony. But his lookalike Newton didn’t go home empty-handed, that’s for sure. You can check out the full Best in Show presentation from The National Dog Show, courtesy of NBC Sports, in addition to some more social media reactions, for yourself below.