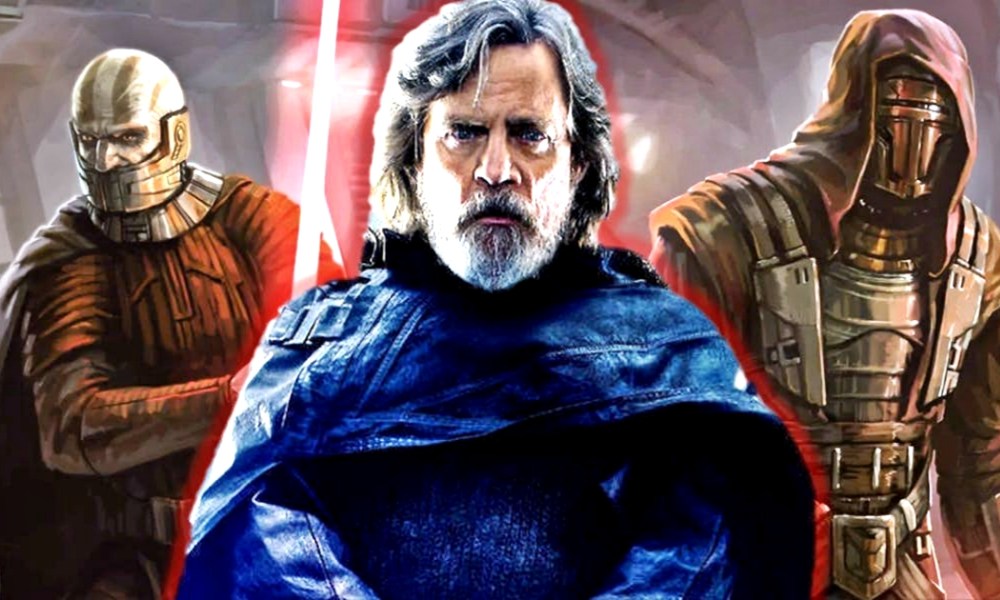 So far, Star Wars: The Last Jedi has been divisive among fans, even if critics seem to love it almost universally. No matter how you feel, it’s hard to deny that director Rian Johnson made a very dense and rich movie with a lot to look out for. And he may very well have given hardcore Star Wars fans one big, shiny gift in the form of finally making Darth Revan canon. Yes, while it can’t be confirmed just yet, it looks like the beloved figure from Star Wars Legends may be making the trip to the new Star Wars canon.

Warning: minor spoilers ahead for Star Wars: The Last Jedi. There’s no need to spoil the finer details of Star Wars: The Last Jedi here, but if you haven’t seen it yet and don’t want to know anything at all, turn back now. While the camera follows Luke around in his hut on the island of Ahch-To in the movie, there are some things to keep an eye out for. One, in particular, is a red crystal, likely a Kyber crystal, which is what powers the Jedi’s lightsabers. The crystal is housed in a metal holder and put on display. Many thought this was Darth Vader’s crystal for his lightsaber, but that’s not at all the case.

According to Star Wars: The Last Jedi: The Visual Dictionary, this “fragmented Sith lightsaber crystal,” was a “recovered Jedi Crusader pendant.” Darth Vader does not in any way fit that description. However, hardcore Star Wars canon nerds, specifically those who love The Old Republic era, know that there has only truly been one Jedi Crusader in the history of the franchise. That man is Darth Revan. Or, depending on what time period you’re talking about, just Revan. Per Wookiepedia, the man went by many names and has a rather complex history. 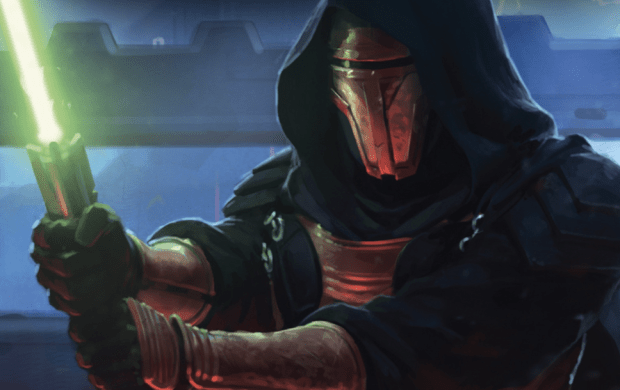 “Revan, renowned as the Revanchist, honored as the Revan, reviled as Revan the Butcher, dreaded as the Dark Lord of the Sith Darth Revan, and praised as the Prodigal Knight, was a Human male who played pivotal roles as both Jedi and Sith in the Mandalorian Wars, Jedi Civil War, and Great Galactic War.”
If you’ve played the Knights of the Old Republic video game, the term “Jedi Crusader” likely stands out. Roughly 5,000 years before the events of the Star Wars movies as we know them, the Mandalorians were a massive threat to the galaxy, led by Mandalore the Ultimate. The Jedi ignored this growing threat, save for a lone Jedi who had people take up arms and “revanchism,” which is re-conquering worlds and territories. Hence, the Jedi Crusader title. His followers became known as Revanchists. His opposers were actually the ones who gave Revan the Jedi Crusader title. In any case, he’s the only figure in a galaxy far, far away, be it canon, Legends or otherwise, that fits the description provided for that red crystal on Ahch-To.

With all of that explained, what does this mean? It’s certainly not a name drop for Revan, but it looks like Lucasfilm was perfectly happy with alluding to him being part of the history of the Jedi. Why else would they put it in the official visual dictionary? They know how smart hardcore Star Wars fans are and they must have known people would put those pieces together.

Even though it’s just a subtle hint, it means that, sometime down the line, we could see Darth Revan, or some version of Revan, show up in a Star Wars movie. All of the novels, games and comics that featured the character were scrapped when Lucasfilm reset the canon, which was hard for many fans to accept. Understandably so. However, as we’ve seen with characters like Grand Admiral Thrawn on Star Wars Rebels, these characters can be brought back. As pointed out by Screen Rant, it certainly seems like a Darth Revan movie could be something to expect down the line at some point. Maybe as part of Rian Johnson’s new Star Wars trilogy? Fingers crossed.