Empire Strikes Back: Queen Denies Permission To Star Wars To Film On Her Estate Empire Strikes Back: Queen Denies Permission To Star Wars To Film On Her Estate

‘No matter who you are, I’m afraid that dollars, bright lights, and names don’t sway us,’ the estate spokesperson said.

The Royal Park is spread over a massive 5000 acre and is a popular venue for films that are shot at adjacent Pinewood Studios. However, the iconic Star Wars is not going to be one of the films shot there.

The Queen might have referred to Star Wars during her 2015 Christmas address, but, that didn’t imply that she would let the movie be filmed on her land.

News has come about Star Wars being denied permission to get filmed on the property of Queen Elizabeth II. The Crown Estate promptly rejected the request for filming permission at Windsor Great Park in Berkshire.

One of the estate spokesperson was quoted by BBC as saying that they were not influenced by the stature or glamor of a Hollywood star or movie. He said:  “Our head isn’t turned by star names or star films.” 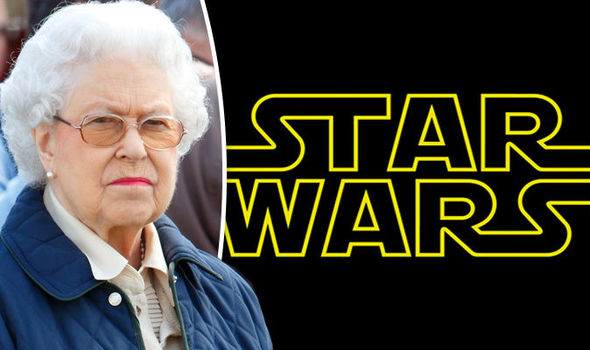 Nick Day heads the commercial operations at the Crown Estate and he revealed that the scenes for which the permission was sought were not fit for the park. However, he didn’t tell which Star Wars film it was.

“Star Wars was just such a huge thing that the risk for the park was just too great,” he told BBC.

“The location they were interested in wasn’t suitable for large numbers of people in there.

“Our priority is to maintain and protect Windsor Great Park, and we can facilitate film crews if we’re sure the risk to the park is minimal.

“But Star Wars is a huge machine, and there’s also massive outside interest in those sort of things. It wasn’t right for here.”

The Royal Park which is spread over 5000 acres, used to be the private hunting ground of the Windsor Castle royals for several centuries and is now a popular choice as set for the films that are shot at Pinewood Studios in the neighborhood.

Over the years films like Harry Potter and the Deathly Hallows, Alan Partridge: Alpha Papa and Bridget Jones Baby have been filmed there. The last one used the farmer’s field to film a scene of a rock concert. Recently, the latest Winnie-the-Pooh movie titled Goodbye Christopher Robin was also shot there.

Mr. Day went on to state that on an average he rejects eight out of ten filming requests that come their way, irrespective of the film’s budget. He said: “If it doesn’t work for here then, no matter who you are, I’m afraid that dollars, bright lights, and names don’t sway us.”