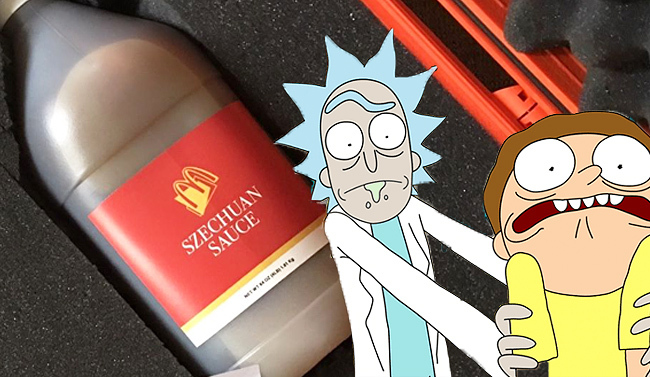 The one-armed guy of Rick Sanchez has been found, and McDonald is going to bring back the Szechuan Sauce.

This limited edition delicacy will be available exclusively on October 7 at your local McDonald outlet. They have clearly stated that it will only be a limited offering and supplies are expected to exhaust before long.

However, it is a good thing that they at least took notice of the huge acceptance of the Season Three premiere of Rick and Morty. 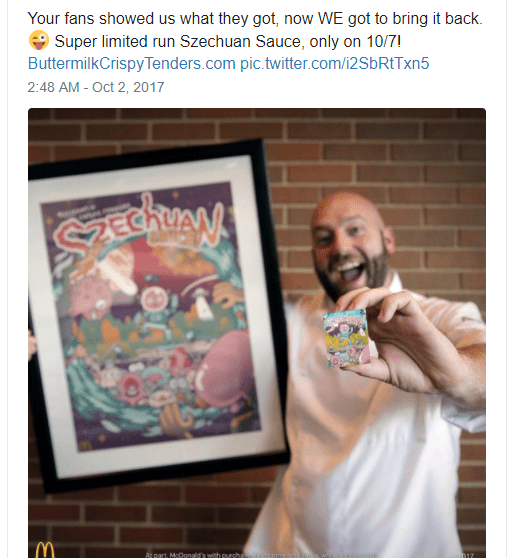 The come back of Szechuan Sauce and some other fantastic items on McDonald’s menu was announced recently.

In fact, at some places, Rick and Morty theme posters will also be given away. They won’t last long, so you better reach there early on the day.

“On Oct 7, together with the collectible sauce-themed posters, we’re also giving away a one-time only, limited-edition, run of Szechuan Sauce in select restaurants. And when we say limited, we mean really, really limited! Click below to find out which restaurants will be giving away* the posters, and the select few of those that will also have the Szechuan Sauce on Oct 7.“ 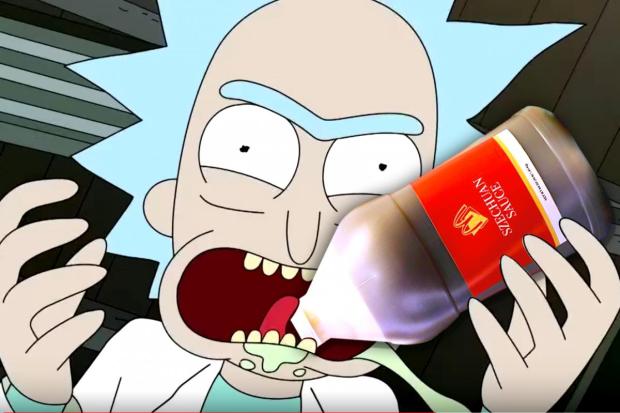 The favorite project of the show’s co-creator Justin Rolland has apparently been successful. He had earlier got his special edition sauce from McDonald’s chef Mike Haracz, and now, it is the response from the fans that has forced the restaurant chain to once again bring back the earlier promotion of Disney’s Mulan for the masses.

This sauce had been extremely popular during its first run after the April Fools Day premiere, a day when we saw the Adult Swim run the opening Season Three episode as a marathon prank.

The episode titled “The RickshankRickdemption,” showed a Galactic Federation member (voiced by Nathan Fillion) interrogate Rick about the secret behind his portal gun which helps him traverse the various dimensions freely. That’s when Rick comes up with a fictitious story to fool the Federation, and during the course of the interrogation, he along with his interrogator visit McDonald to try this limited edition sauce.

The episode ends with Rick telling Morty that his motive was only to taste that sauce once more.

There is also an aid campaign being run by Rick and Morty to help the victims of Hurricane Maria at Puerto Rico and all the money made from the game Pocket Mortys is being donated to that cause.

The finale of Rick and Morty’sSeason Three will air tonight at 11.30 pm on Adult Swim.

AshishJanuary 7, 2018
Read More
Scroll for more
Tap
Here’s What SSJ4 Could Look Like In ‘Dragon Ball Super’
10 Villains Who Are Actually The Nicest People