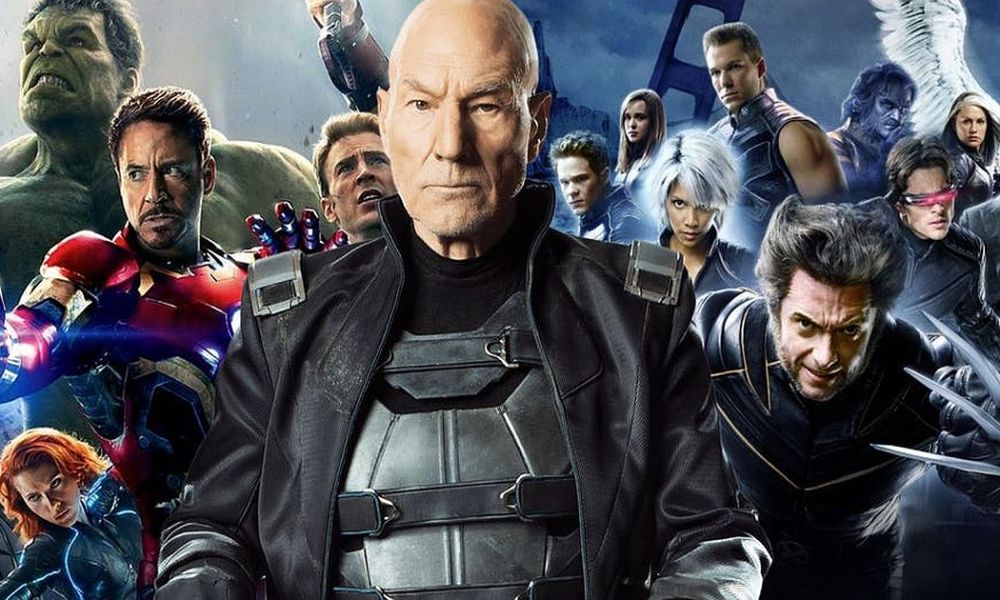 If X-Men do make their way over to the MCU, could they make their debut for Avengers 4? The trailer for Avengers: Infinity War has promised an epic fight between Earth’s Mightiest Heroes and Mad Titan Thanos, although that might not be the biggest piece of news about the MCU, with word that the Fox/Disney sale talks have started back up.

The Infinity War trailer, of course, quickly caught fire on social media and effortlessly broke the record for most viewed trailer in the first 24 hours. Arriving on the heels of an above-average performance for most recent Cinematic Universe installment Thor Ragnarok, the trailer featured non-SDCC-attending audiences’ first look at the much-hyped superhero epic that will unite The Avengers and The Guardians of The Galaxy with “solo” heroes like Black Panther, Doctor Strange and Spider-Man for a battle against the galactic conqueror Thanos.

But while the first glimpse of exciting new sights like Spider-Man’s new armored suit, The Infinity Gauntlet itself and a pitched battle between yet-unidentified four-armed alien soldiers, and a detachment of Avengers and the Wakandan army in Africa were making big news with Marvel-watchers, a potentially even bigger story also involving the ultra-successful Disney subsidiary looks to have been brewing in the background: the on-again/off-again talks between Disney and 21st Century Fox to purchase the former’s financially-troubled film and television assets (which, among other things, would give Marvel Studios control over their erstwhile X-Men and Fantastic Four franchises once again) may have once again come back to life.

COULD THE X-MEN BE COMING TO THE MCU? (THIS PAGE)

Reports alluding to as much circulated on social media shortly before the Infinity War trailer dropped, and – curiously – accounts dedicated to following the local filmmaking scene in the Atlanta, Georgia (where Marvel does the bulk of their location and studio-space shooting at present) shared cryptic Tweets about the currently-shooting fourth Avengers feature having changed its plot significantly during shooting. While unverified and not sourced to any major news outlet, such reports are intriguingly timed given that rumors of Avengers 4 plot changes (the film was originally slated as Infinity War: Part II before that plan was axed in favor of either finishing said War’s plot in one film or an acknowledgment that the second half was different enough to warrant its own title) have often come around the same time as rumored re-acquisition of the Fox (and Sony)-owned Marvel characters. 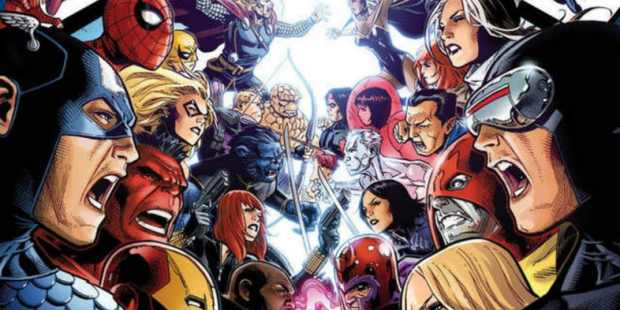 Assuming for a moment (and it is, to be sure, a rather large assumption) that the two pieces of news were to both actually be news and be somehow related to one another, the intriguing prospect for fans is obvious: is the secrecy around the fourth and “final” Avengers team-up of the MCU as it’s been known for a decade partly because plans are being hatched to incorporate freshly-reacquired characters from the currently Fox-owned X-Men and Fantastic Four properties? It could be coincidence, but it definitely gets thoughts rolling.

If so, what would that look like – and is there any indication that this could be a long-term plan in the first place? After all, while the actual ability to add Spider-Man to Captain America: Civil War in order to announce his presence to the world happened relatively late in the film’s production, it was planned as a possibility since the start – Black Panther’s introduction in the film reportedly came about as a re-write of a storyline originally intended for Peter Parker.

And even though a sudden appearance from the Fantastic Four might be relatively easy to stage from a narrative perspective (their backstory is fairly straightforward and self-contained), it’s near-universally understood that the money crossover would be with the X-Men – and that’s significantly more difficult to conceive of: X-Men comprises not only the ever-shifting dozen or so members of the main team, but also hundreds of supporting characters, allies and enemies all grouped under the umbrella of “mutant”; further, it’s a story concept that radically effects the mythos of their world and is not present at all in the Marvel Cinematic Universe.

So while there’s no denying that Avengers Vs. X-Men would be an internet-shattering event as a title (or even just a three-word plot summary) it would demand a fairly complex feat of storytelling to realize even if it didn’t involve “merging” the two existing continuities rather than simply introducing new Marvel-approved versions a la Spider-Man. And there’s no indication that such a plan is in place… or is there?

HOW AVENGERS 4 INTRODUCING X-MEN COULD WORK

While the post-Avengers 4 plans for the MCU have been a closely guarded secret (apart from the fact that there are, in fact, plans), a consistent theme from Marvel Studios leader Kevin Feige has been that the Universe will be a radically different place and that films going forward will be made and released in a very different way. Many have taken these opaque statements as a possible indication that the studio plans to take a looser approach to the linear/interconnected continuity gimmick that has been the backbone of Marvel’s revolutionary production model since the beginning – perhaps opening up the possibility of a “Marvel Multiverse” where films and TV shows would be freer to tell “self-contained” stories set in timelines where the other MCU projects aren’t happening just around the corner while still allowing for crossovers and team-ups to happen when so desired.

If so, it would be logical for such a scenario to begin spinning out of Infinity War, the plot of which concerns Thanos gaining power over a weapon that lets him alter the fabric of reality itself – potentially giving the Cinematic Universe a license to change anything (or add any character) they wanted to with a literal hand-wave. 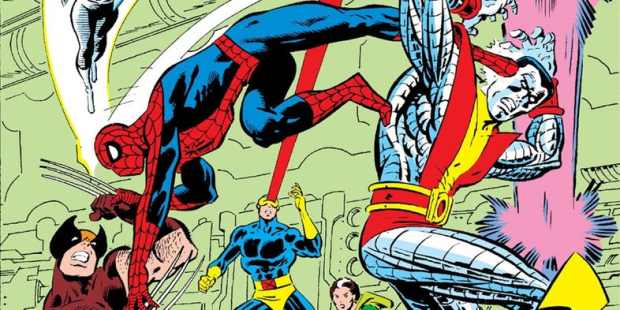 One reliable predictor of MCU story-moves has been to watch what The House of Ideas was doing on the comic-publishing side of things in terms of trying out new concepts, often as part of “event” crossovers. Recently, Marvel opted to integrate and reboot the timeline of their existing Multiverse all at once for the first time via an event called Secret War, which – perhaps not coincidentally – was a title that called back to a previous landmark crossover event from the 1980s. That Secret War had a much more straightforward gimmick for its intentions: an epic battle between heroes and villains randomly plucked from all corner of the Marvel Universe, staged for the amusement of an all-powerful alien being called The Beyonder. And while such a character doesn’t technically exist in the known Cinematic Universe, Thor Ragnarok recently made a point of centering the presence of Jeff Goldblum as a radically-reimagined version of a character called The Grandmaster – whose glamorous flamboyancy and penchant for combat-sports has much more in common with The Beyonder than with his contemplative namesake in the comics.

Could that, then, be the secret in the waiting? That Infinity War might be followed by a variation on Secret War that would find The Avengers (and whoever else might be available) and the X-Men being established as two different realities pressed into a fight by Grandmaster or some other cosmic-scale manipulator – or perhaps pushed into battle with “new” characters similarly yanked from wholly alternate realms possibly including the mutant heroes but not necessarily centering them – with the “merging” of disparate universes into a brand new incarnation of the MCU itself going forward?

It all sounds fairly elaborate and involved, but at the end of the day, it would be just so much handwavium in the name of seeing Wolverine’s claws glance off Captain America’s shield just once before Chris Evans hangs up his uniform. After all, the X-Men universe has rewired its continuity at least twice now (three times, if you count Logan claiming that his more fantastical adventures never actually happened in the first place).