Hugh Hefner has died at the age of 91.

“Hugh M. Hefner, the American icon who in 1953 introduced the world to Playboy magazine and built the company into one of the most recognizable American global brands in history, peacefully passed away today from natural causes at his home, The Playboy Mansion, surrounded by loved ones,” Playboy confirmed in a statement to E! News. “He was 91 years old.” 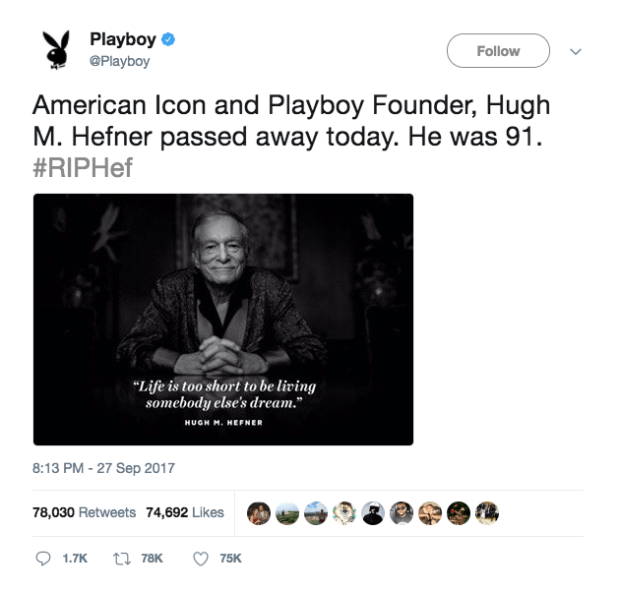 No information has been released regarding memorial services at this time.

The Playboy founder, often referred to as “Hef,” passed away at the Playboy Mansion in Los Angeles. His longtime home become one of the most well-known residences in the world and the “party central” for Hollywood elites.

In August, it was sold for $100 million, but a stipulation in the deal allowed Hefner to live there until he died.

Hefner was born on April 9, 1926, to strict Methodist parents. He served in the Army during World War II for two years before going to work at Esquire as a copywriter.

In 1953, he published the first issue of Playboy at his home after scraping together $8,000. The issue feature an old nude photo of Marilyn Monroe that Hefner had purchased to grab attention for the centerfold.

That issue sold more than 50,000 copies and his publishing house was born. The centerfold became the playground for the Playmates of the Month.

Hefner is survived by his wife Crystal and four children: Christie, who served as CEO of Playboy Enterprise for more than 20 years, David, Marston and Cooper, who is currently Playboy’s Chief Creative Officer. 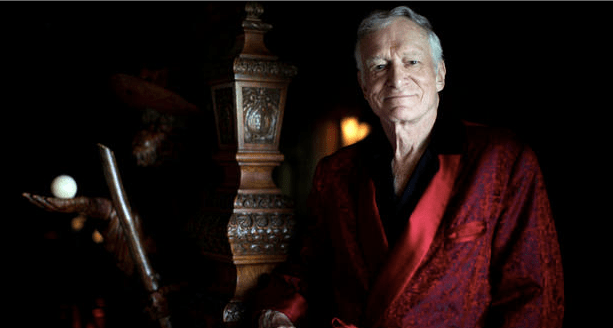