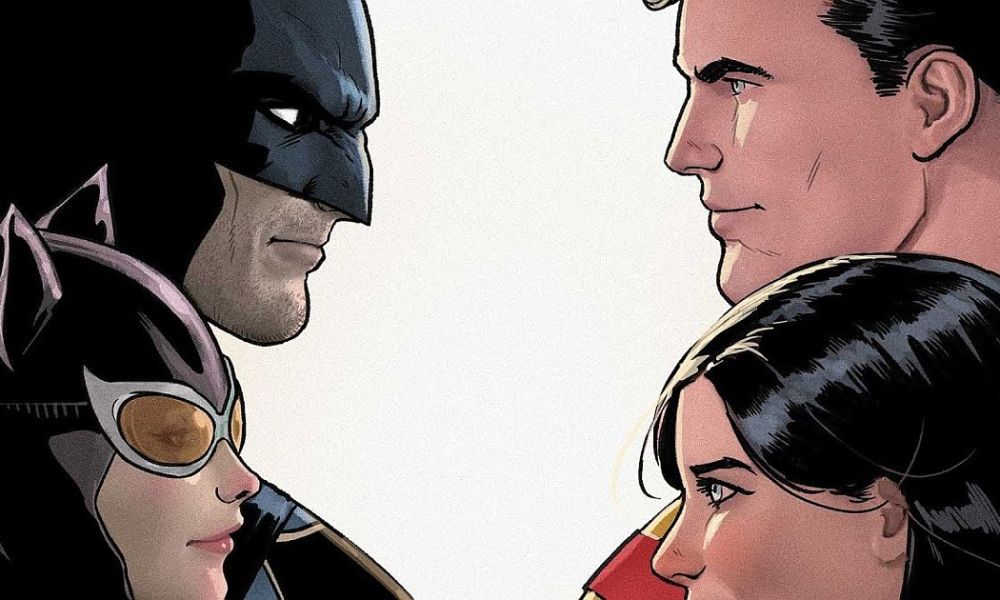 The last issue of Batman ended with the promise of Batman, Catwoman, Superman and Lois Lane going on the world’s finest double date. Little did we know that, in the most recent issue, this date would take place in an amusement park, on superhero costume night. In order to blend in, both men, and both women, switched costumes, to obviously hilarious results. Clark is Batman (with glasses), Bruce is Superman, Lois — hoping the catsuit will stretch — is Catwoman, and Selina is just a regular (but quite intrepid) human in a dress.

This night out between the two couples gives Bruce and Clark a chance to reconnect, the two friends managing to keep their intrinsic and quietly humorous rivalry alive. But rather than focus the entire issue on to the two men, King and Mann devote a great deal of time to the two superheroes’ respective better halves. As Batman and Superman (or is it Superman and Batman?) try to one up each other, highlighting all the ways that they are different, Lois and Selina stand on the sidelines, forming an instant bond of friendship. 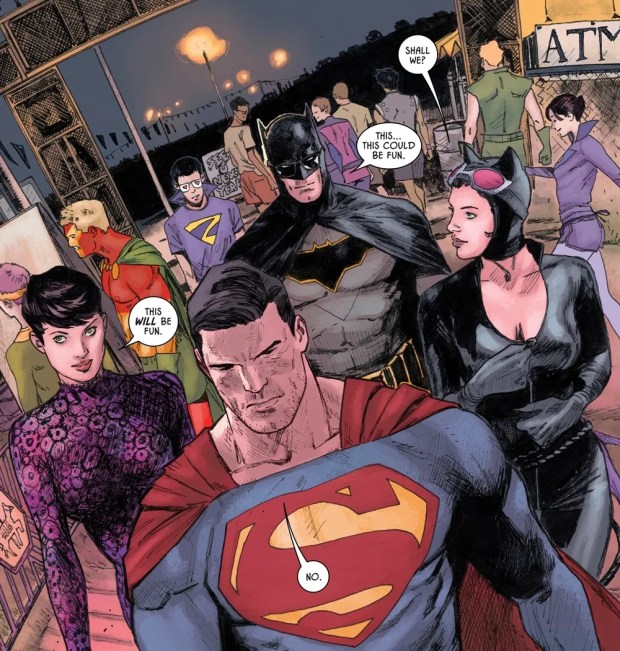 While the issue starts by showcasing the differences between the two women, it doesn’t take long for them to realize that they have a lot more in common than they would think. On the heels of the announcement of Bruce and Selina’s engagement, Lois can’t help but let the reporter in herself come out. She starts out by asking questions, but it isn’t long before she secretly takes out a flask for the both of them to share.

As Bruce and Clark swing baseball bats, the ladies grow increasingly drunk. They find that though they come from different backgrounds, they have the same propensity to do the wrong thing — for all the right reasons. They trade stories about cold and absent fathers, and about being strong women of their own right, criminal or otherwise. Then, the next minute, they are bursting out laughing at the ridiculousness of the lives they lead. This is a small but very real moment between two female characters who are rarely allowed to be seemingly normal people.

For the briefest of instants, Selina and Lois are allowed to be regular women cuting loose, gal pals who, in their alcohol-induced stupor, compliment and support each other, both emotionally and physically. It’s not every day you see Selina Kyle leaning her head on Lois Lane’s shoulder, but this is a natural progression between the two characters that makes a whole lot of sense. 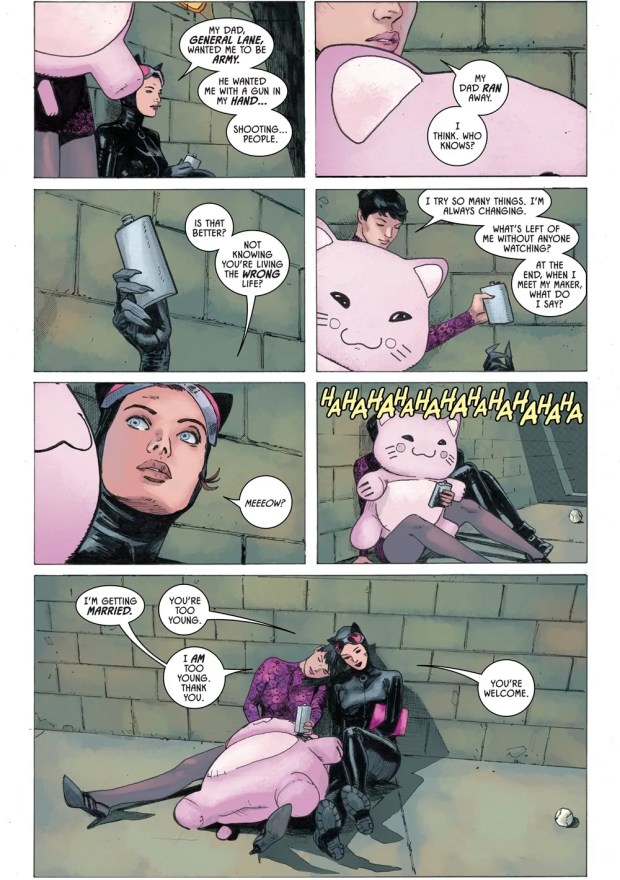 This pairing is actually a nice contrast to Superman and Batman, who constantly keep each other at arm’s length, no matter how much they try to let the other one in. Clark Kent and Bruce Wayne have always been opposites, and this issue truly delves into the theme. It highlights the differences between the two men, between the two women, and between the two couples. Lois and Selina becoming fast friends is a great juxtaposition to the two men who constantly go through many ups and downs as they fail to communicate their feelings.

In a single issue, Lois Lane and Catwoman have managed to become one of the most iconic new pairings in DC Comics. This is easily the beginnings of a friendship we want to see a whole lot more of. Lois inviting herself to her new friend’s wedding is not only heartwarming, it’s one that makes us anticipate the nuptials even more. Is it too early to ask for a spinoff series? If the Batman and Superman duo can get its own series, then surely Lois and Catwoman can, too.