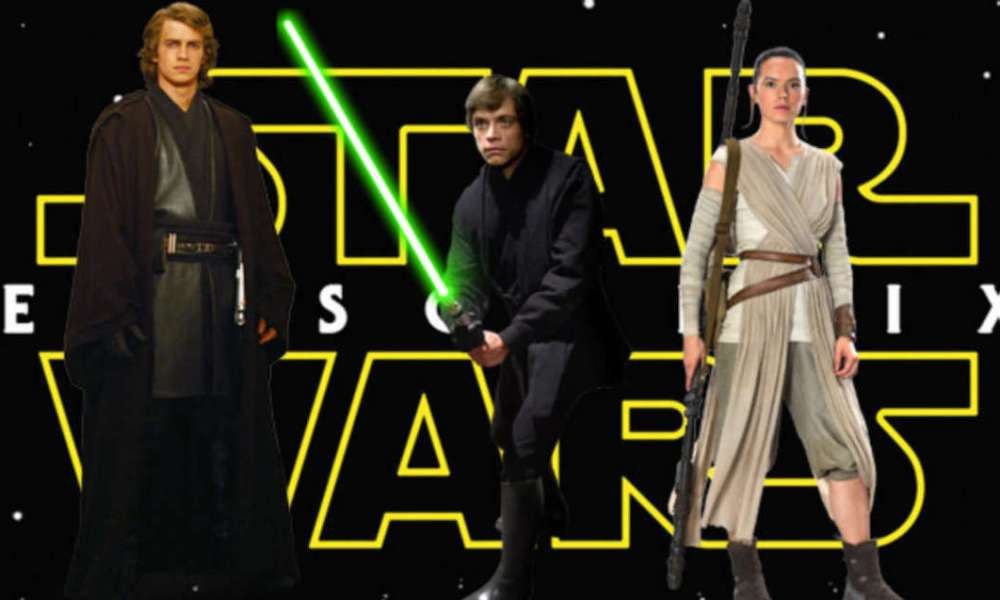 It won’t be wrong to say that Star Wars is synonymous to the Skywalkers saga. However, this might come to an end after the completion of Star Wars EpisodeIX. Lucasfilm has started the promotion of the latest episode of this series with Star Wars: The Last Jedi’s first teaser poster and official trailer being released, however, from a studio’s standpoint, they are already aiming far beyond that.

The working principle at Lucasfilm is currently to alternate between episode films and anthology films each year. That’s why we saw Rogue One: A Star Wars Story release some time back and now a Han Solo film is in the works.

The huge success of Rogue One has strengthened Lucasfilm’s belief in the anthology projects while the main saga has focused on the Skywalkers since the start. Now, only Luke Skywalker (Mark Hamill), Leia Organa (Carrie Fisher) and Kylo Ren (Adam Driver) are the known Skywalkers standing, and Lucasfilm president Kathleen Kennedy is unsure about the future of this lineage.

Kennedy was on the panel for The Last Jedi at the Star Wars Celebration event in Orlando, and she spoke to Fandago about the future of the franchise. Presently, the slate has Episode IX as the last official project and while it is understood that the Star Wars will continue beyond 2019, the Skywalker saga may not.

“I certainly foresee movies past nine. Whether or not we carry on the Skywalker saga… you know, George always intended nine movies, and whether we continue that or not is something we’re talking about right now. If the story warrants it, we’ll absolutely do it. If it actually inspires new ideas, then we’ll probably head in that direction. We just don’t know yet.” Only a few weeks back, Disney CEO Bob Iger had mentioned about the plans for Star Wars films up to 2030 and that followed his remarks about the Star Wars continuing forever, well beyond the end of Skywalker saga.

This means that the franchise is not dying out in 2019. However, what remains to be seen is how things shape up with this trilogy and now that Carrie Fisher is no more. It could be a good move to wrap up the Skywalker saga in case Luke dies, and Kylo remains on the dark side. Also, this is not the only time that Kennedy has hinted about the possible end of the Skywalker stories.

However, this news is totally opposite to another earlier report claiming that another trilogy has already been commissioned. That report didn’t give any details about the subject of those films and whether they will also feature Skywalkers or not.

The fact is, it will be a huge shift for them to move away from the Skywalkers. That might not be wrong as a different trajectory will allow them to explore the galactic scope of characters beyond just a single lineage.

This update is going to keep the fans at the edge of their seats, Kennedy has also stated that their plans beyond Episode IX might take a good bit of time before any revelations. She said,  “I wouldn’t say this year, but certainly by next year.”

Let’s see if they remain as secretive about the future anthology movies as well. However, it is evident that Kennedy and Lucasfilm are still working this out and they are not telling us anytime soon.

AshishDecember 31, 2017
Read More
Scroll for more
Tap
Empire Strikes Back: Queen Denies Permission To Star Wars To Film On Her Estate
5 Reasons Why Lucas Should Come Back And Film Another Star Wars Movie