Marvel’s Thanos Selected as Most Anticipated Movie Villain of 2018 Marvel’s Thanos Selected as Most Anticipated Movie Villain of 2018

Thanos is coming this May, and he’s bringing the onslaught of Infinity with him. Good thing the internet is totally ready for it.

Every December, Fandango hosts a survey where movie fans can vote on the things that they’re most excited to see come to the world of film in the following year. As you could probably guess, much of this year’s poll was dominated by Avengers: Infinity War, which marks the beginning of the end for the Marvel Cinematic Universe as we know it.

In addition to being crowned Most Anticipated Movie of 2018, Infinity War also touted the most popular villain of the coming year. Over 8,000 voters came to the decision that Josh Brolin’s Thanos is the big bad that they’re most excited to see. 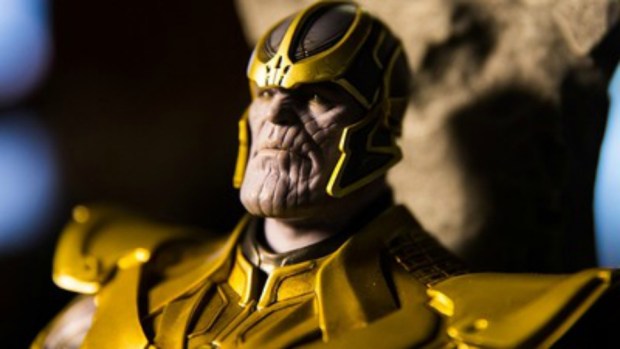 This is no surprise, as Thanos has been teased throughout the various MCU films for a number of years. Thanos did, however, beat out some big names to stay on top of the list.

The second-most anticipated movie villain was Gellert Grindelwald (Johnny Depp), the evil wizard of Fantastic Beasts: The Crimes of Grindelwald. Erik Killmonger (Michael B. Jordan) in Black Panther, Jessica Chastain’s TBD villain in X-Men: Dark Phoenix and Michael Myers in the highly-anticipated Halloween sequel rounded out the top five results of the poll.

Thanos will look to take on the Avengers when Infinity War hits theaters on May 4, 2018.