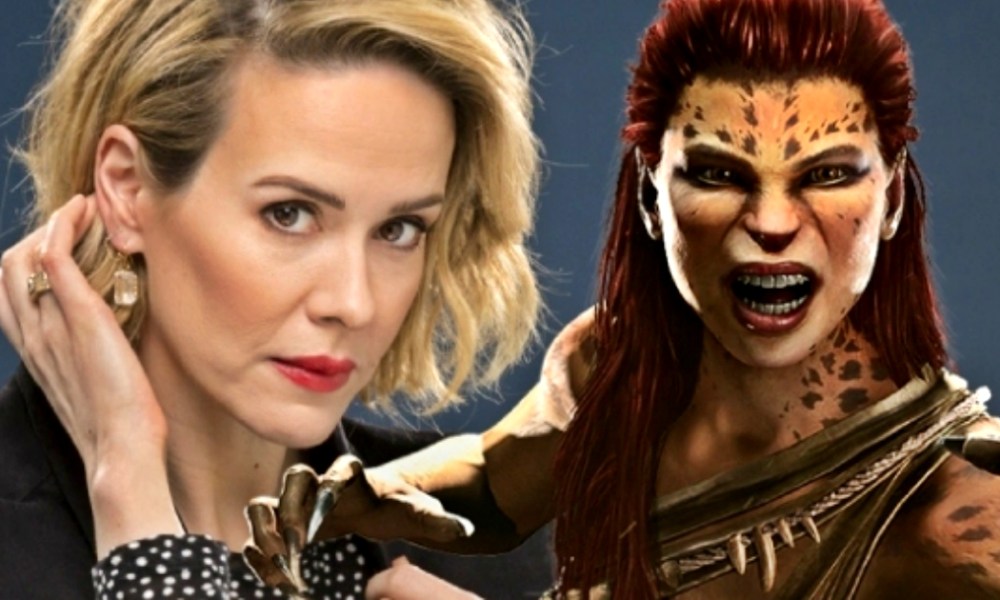 While a lot is still unknown about Wonder Woman 2, it looks like one award-winning actress would be willing to join the project.

Earlier this week, a fan tweeted about their desire to see Barbara Ann Minerva/Cheetah in the upcoming sequel film, and suggested that Charlize Theron or Sarah Paulson play the part. Paulson then endorsed the possibility, tweeting “Yes please” to Wonder Woman director Patty Jenkins. 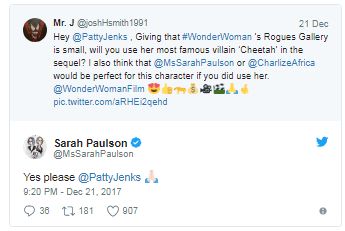 Paulson might not be some fans’ first choice to play the character, but it’s hard to deny that she’d be a good fit for the part. Paulson has earned an array of critical acclaim and awards in recent years, thanks to her roles on American Crime Story and American Horror Story. Casting her as Cheetah would certainly pique a lot of fans’ interests, and provide a pretty interesting foil to Gal Gadot’s Diana Prince/Wonder Woman.

The possibility of Cheetah appearing in Wonder Woman 2 first arose in June, with a rumor suggesting that she and Circe would appear in the film. While there is no clear indication as to who would play the part, plenty of possibilities have come up, as both Theron and Geena Davis have expressed interest in being in the film.

Regardless of who plays Cheetah – or if Cheetah even is in the film – its safe to say that fans are excited to see what Wonder Woman 2 brings. Jenkins seems to share that excitement, especially when it comes to bringing a new version of Diana to the screen.

“The greatest thing about making this movie was the fact that you’re really building to the Wonder Woman that we all love, but not until the end of the movie.” Jenkins explained back in August. “The most exciting thing about [the sequel] is literally seeing her loose in the world now, living those classic stories. Here’s Wonder Woman, and what can she do?”