Star Wars: Is a Clue to Snoke’s Origin Found in His … Jewelry? 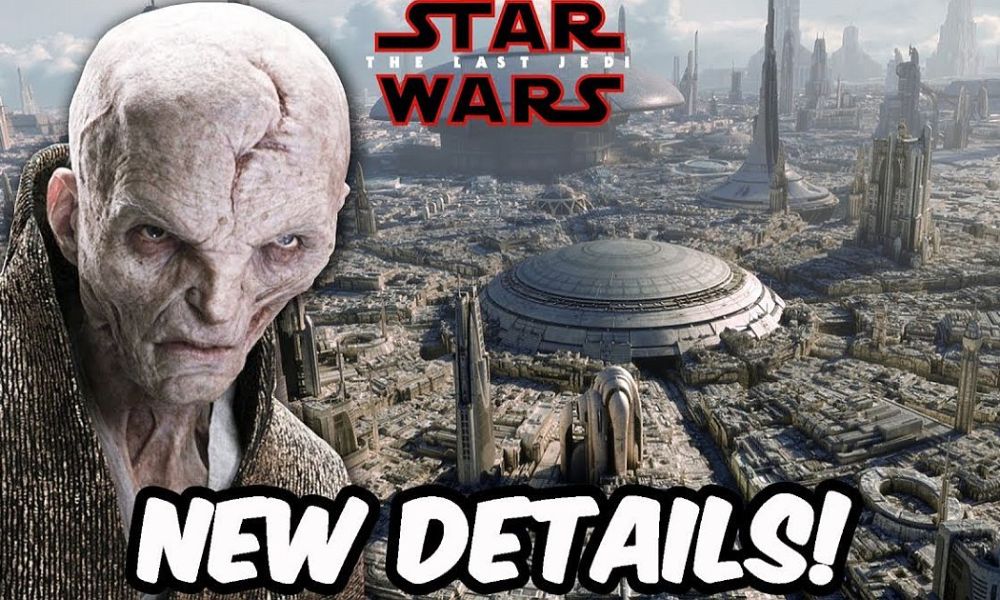 Star Wars: Is a Clue to Snoke’s Origin Found in His … Jewelry?

Supreme Leader Snoke has cast a long shadow over the new Star Wars trilogy since his introduction in The Force Awakens, providing a larger-than-life foe for the Resistance and puzzle for fans. Although his role in the 2015 film was relatively limited, the franchise faithful scoured canon for clues to his true identity, convinced this new bogeyman is deeply rooted in Star Wars mythology. However, Snoke seemingly exits the stage in The Last Jedi, cut down by his disciple Kylo Ren in an echo of Darth Vader’s confrontation with the Emperor, with audiences no closer to learning his origins than they were two years ago.

Theories about Snoke’s identity have ranged from the intriguing (he’s the first Jedi) to the far-fetched (he’s Grand Moff Tarkin) to the hilarious (he’s the universally reviled Jar Jar Binks). But frankly, given our limited knowledge of the Supreme Leader, one theory may be just as likely as the next. Well, OK, maybe not that last one.

Still, there could be one more clue about his origin to be gleaned from the Star Wars: The Last Jedi Visual Dictionary, released Friday in conjunction with the film — from a ring, of all things. 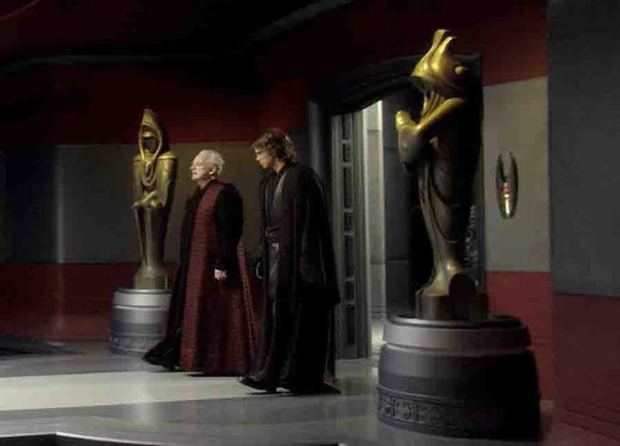 The Snoke entry reiterates what we’ve long known, that he isn’t a Sith Lord, reincarnated or otherwise. (“That thousand-year lineage stretching from Darth Bane to the last Sith Lord, Darth Vader, was undone when Vader died destroying his mentor, Darth Sidious.”) He’s powerful in the Dark Side of the Force, however, and maybe more than a little obsessed with the Galactic Empire. Kylo Ren may have kept his grandfather’s mangled helmet as a treasured heirloom, but Snoke is a next-level fanboy.

His throne, aboard the massive First Order flagship Supremacy, bears a striking similarity to Palpatine’s, and it’s no accident that his red-clad Praetorian Guard evokes the Emperor’s own Royal Guard. And just as Palpatine was accompanied by his own robed entourage in Return of the Jedi, Snoke has his own towering purple-clad attendants, identified as “mute alien navigators who originated in the Unknown Regions.”

It’s not mere cosplay, though. As detailed in the Visual Dictionary, Snoke wears a ring with an obsidian setting from the catacombs beneath Darth Vader’s castle on Mustafar. But the truly interesting tidbit is that the gold ring is etched with glyphs of the Dwartii, presumably a reference to the Four Sages who served as controversial lawgivers and philosophers from the dawn of the Galactic Republic.

The ancient philosophers (Braata, Faya, Sistros and Yanjon) are best known by their sculpture representations displayed in the office of Chancellor Palpatine in Star Wars: Attack of the Clones. Now, its certainly possible that Snoke, an aficionado of “Empiricana,” merely included the glyphs as a nod to Palpatine’s own collection. The future Emperor expressed a special fondness for Sistros (but it’s Braata who, according to Legends, encouraged the study of the Dark Side).

What if the etchings are more than that, though? What if Snoke is actually one of the Four Sages of Dwartii? He’d have to be more than 1,000 years old, of course, but the Star Wars universe is filled with such ancient beings. That might also help to explain Snoke’s physically decrepit state, as the Force can only be expected to do so much to extend his life.

It could shed some light on the composition of the Praetorian Guard, as well: The Visual Dictionary notes that Snoke and the First Order favor symmetry, and that the eight soldiers who make up the Supreme Leader’s personal bodyguard are actually four pairs of two. 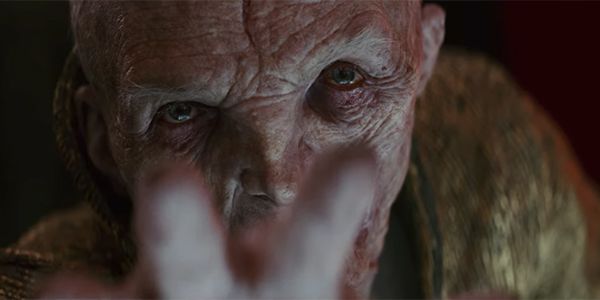 But, hey, it’s only a theory — and better than that one about Tarkin.