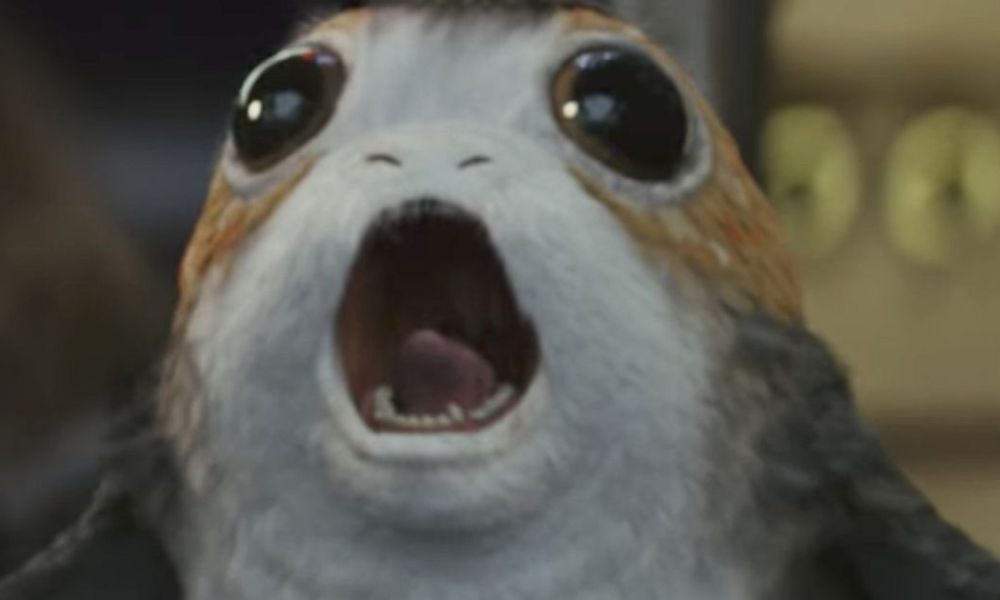 Fans have only seen porgs make brief appearances in promotional materials for The Last Jedi, but that hasn’t stopped the internet from expressing their adoration of the creatures. In a new TV spot for the film, fans finally get to see the bird-like animals take flight, even if they aren’t using their wings the way nature intended.

The above TV spot features some deft piloting maneuvers from Chewbacca, resulting in the porg inadvertently going airborne. Lucky for the ship’s actual pilots, Rian Johnson recently reminded fans that the Millennium Falcon is well-equipped with safety features.

During a recent Q&A session on Twitter, the writer/director of The Last Jedi addressed a fan’s question about whether or not the Falcon had seatbelts. Johnson confirmed that, not only did the seats in the cockpit have these safety features, but also the bench seats around the Dejarik table also have seatbelts. The director also made sure to point out that these weren’t new additions to the recreation of the ship, but that these features had been on the vessel since the first film.

With all of the exciting and memorable sequences in the original film, a brief moment in which Obi-Wan and Luke reach for seatbelts might not have stood out in audiences’ minds, causing the director’s clarification.

The Last Jedi will not only feature Chewbacca helming the Falcon once again, but another familiar face will return to the ship with Mark Hamill’s Luke Skywalker boarding the ship for his first time in quite a while.

“I’m telling you, I didn’t expect to have the reaction I had,” Hamill recalled of the experience to Entertainment Weekly. “I was there with my family, with [my children] Nathan and Griffin and Chelsea and my wife Marilou, and [Lucasfilm] asked if the documentary crew could be there when I came back on the Millennium Falcon. I mean, this was not on the shooting day. I was just street clothes and going to visit that set. And I said, ‘Sure.’”

What helped make the experience more authentic was how accurately the crew had recreated the ship.

“They had recreated it down to every last detail that I remember. The oil drips, the hanging pipes, just everything. The dice in the cockpit,” Hamill pointed out.

We’ll see more of the Falcon when The Last Jedi hits theaters on December 15.