Star Wars To Get A New Genre? Star Wars To Get A New Genre?

Some Hollywood insiders and filmmakers have spent a decade predicting the end of superhero blockbusters, but there is a good reason why they managed to be successful. While all fit under a “comic book movie” brand, the source material that has been getting adapted for the theatres has allowed for swings in the genre and allowing writers to make new features that are different from those made by their colleagues.

It is because of this that comic book movies will remain popular for years and it is something that the people behind Star Wars need to pay close attention to as they plan to release features annually and are made beyond the 2019-scheduled Star Wars: Episode IX. 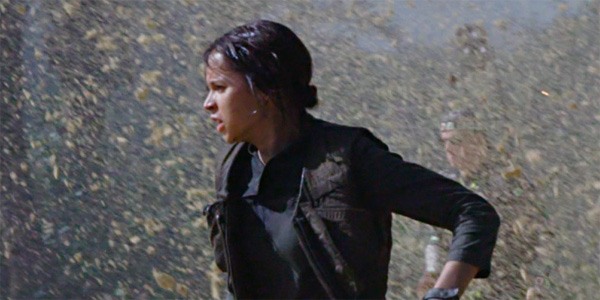 Most Star Wars movies are easy to define as “Space Opera, ” but Gareth Edwards had a vision for Rogue One: A Star Wars Story as he had pitched it to Lucasfilm. The blockbuster has lots of hallmark space battles and aliens, but it is emphasizing “Wars” over the “Star” part of the brand and from an aesthetic perspective is different from what George Lucas, Irvin Kershner, Richard Marquand and J.J. Abrams had delivered before.

A huge part of what makes Rogue One exciting is that it is unique within the franchise and comes with new sets of expectations. If it is not doing so, it will inspire the future Star Wars Stories.

Whether or not that is happening is up in the air because there is one other Star Wars spin-off movie that fans know is happening: Phil Lord and Chris Miller’s untitled Han Solo film. The eclecticism in the filmography of that project’s 2 directors gives people a lot of hope.

Lord and Miller have the capacity and talent to deliver Star Wars film similar to material fans have seen, but the fact that they are brains behind the animated Cloudy With A Chance Of Meatballs and the R-rated 21 Jump Street, we are confident that their vision for a Han Solo is fresh.

One person who seems to be confident in the future of the Star Wars franchise is Gareth Edwards. He said that lots depend on not just the filmmakers Lucasfilm brings in but that they will be given an opportunity to express their visions.

“I think, my guess would be that each standalone film will have its own voice depending on the filmmakers, and they won’t have to be like each other fully. For us, it was, ‘What do we want to do that we’ve not seen and would love to see, and that we can get really excited about.’ And I love taking Star Wars seriously, and it being this real thing that really happened, and so realism came a big part of that.”

Here, you can watch Gareth Edwards on the genre and the future of the Star Wars franchise and his story on the visual aids he used to pitch Rogue One to Lucasfilm:

Being the first director to go through this experience, Edwards’ confidence in the genre flexibility is encouraging. There are a lot of filmmakers who have their idea of what a Star Wars movie can be and we can hope that the future will be full of diverse screen experiments.

“Actually, an interesting thing is that was inspired by George – because, as Gareth has said in the past, he very much mixed genres and loved movies, and drew from those examples when he created Star Wars to begin with. Even when George did New Hope, he was cutting in planes from World War II as a way to set up the dogfights, if you will. So that very much continues to inspire what we’re doing, and keeps the variety.”

Variety does exist within the Star Wars tradition, and as long as that is what the franchise is looking for, there is no reason to expect anything than long-term popularity.

When J.J. Abrams’ Star Wars: The Force Awakens debuted in December, it ushered in a new era; and when Gareth Edwards’ _Rogue One _arrives on December 16th, it too will have an effect on the same level.

AshishDecember 31, 2017
Read More
Scroll for more
Tap
Star Wars 8 More Footage Coming IN ADDITION To Trailer – HOW And WHEN You Can See It
‘J.J. Abrams’ To Direct A New ‘Star Wars’ Movie: Paramount Is Upset