These Epic Posters Bring Out The Best Scene of Game Of Thrones Season 7 To Life. 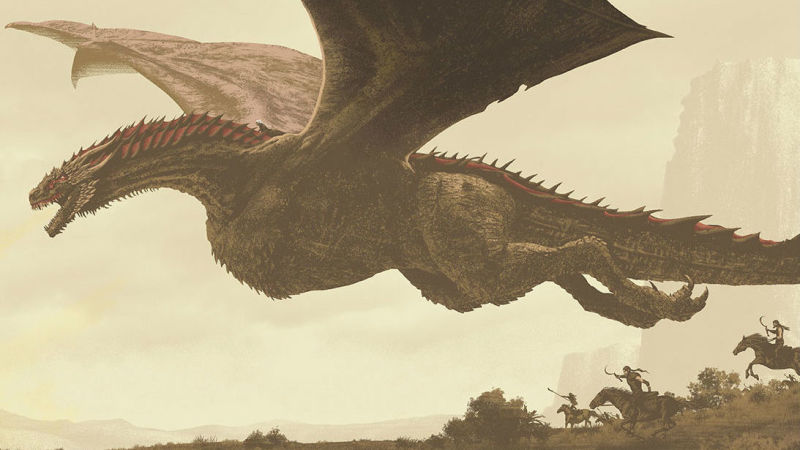 These Epic Posters Bring Out The Best Scene of Game Of Thrones Season 7 To Life.

You know the scene. Now you can own it.

It’s from “The Spoils of War,” and it’s the moment when Daenerys, her dragon, and a Dothraki army attack the Lannisters. Artist Mark Englert has beautifully illustrated it in a poster he calls “Dracarys.” And we’re excited to exclusively debut it.

Bottleneck Gallery is releasing the poster in two editions. The regular edition (which glows in the dark) will be on sale from noon EST October 5 through noon EST October 6 at this link. It’s 36 x 12 inches and costs $50. The gallery will print as many as it sells. Here’s what the glow-in-the-dark effect looks like.

But, if you want something a bit more limited, fly your dragon to New York City. Englert and Bottleneck also did a variant in a $65 edition of 225 that’ll be on sale at New York Comic-Con’s booth 2160.

We’ll have much more cool art from New York Comic-Con in the coming days.

AshishNovember 8, 2017
Read More
Scroll for more
Tap
Jon Snow May Be A Wight, And Must Be Killed According To A Interesting Fan Theory!
Nikolaj Coster-Waldau Hints That Jaime Lannister Is Going to Turn Into A White Walker “They Will Do It”