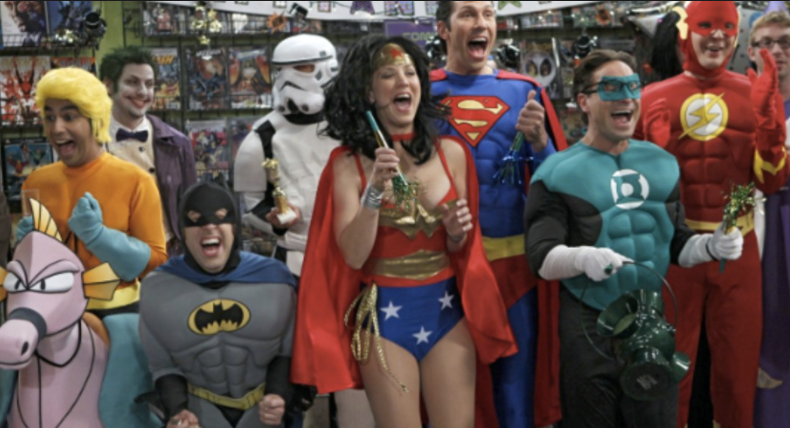 This video from Pop Culture Detective looks at how The Big Bang Theoryreinforces misogyny with its joke construction, character arcs, and dialogue. The video’s creator and narrator, Jonathan McIntosh, argues that The Big Bang Theory‘s four male protagonists are the “perfect embodiment” of a trope he calls “the adorkable misogynist.”

“Adorkable misogynists are male characters whose geeky version of masculinity is framed as both comically pathetic and endearing,” McIntosh says, “And it’s their status as nerdy nice guys that then lets them off the hook for a wide range of creepy, entitled, and downright sexist behaviors…These types of characters are shown engaging in a variety of harassing, entitled, and sexist behavior where women are concerned. They consistently stalk, spy on, lie to, and try to manipulate the women in their lives. They’re overbearing, they refuse to take ‘no’ for an answer, and they often ignore the basic tenets of consent.”

McIntosh then traces the trope through films and shows like Revenge of the Nerds, Sixteen Candles, Saved By The Bell, and Weird Science before arriving at The Big Bang Theory. He then breaks the show’s four male protagonists into their respective variations on the archetype. Howard is the “creepy pervert with a heart of gold,” Raj is the “sensitive guy turned inappropriate drunk,” Leonard is the “nice guy enabler,” and Sheldon is the “innocent bigot.”

He then asks, “How does The Big Bang Theory keep us as the audience sympathetic to men who behave in such reprehensible ways?” He looks at how techniques like lampshading and irony are used to downplay the sexism behind the characters’ statements and make it humorous.

‘The target of the joke is not the misogynist behavior,” McIntosh explains. “Instead, it’s making fun of men who are not traditionally masculine enough to believably pull it off. So while it’s true the message of The Big Bang Theory isn’t ‘sexism is super cool,’ I’d argue the implications are much more troubling, because the show’s message is more akin to: ‘sexism is mostly harmless – and especially when that sexism is coming from geeky guys.’”

“Adorkable misogyny is presented as just another socially awkward personality quirk,” McIntosh continues, “as something that’s perhaps deserving of an eye roll, or an exasperated look, or maybe some lighthearted chiding, but never as something to be taken seriously, or seriously challenged.”

This sort of portrayal has some scary implications, since – as McIntosh points out – in the real world, misogyny and sexual harassment aren’t harmless. They push women out of politics, out of certain industries, and off of social media platforms. And when it comes to the misogyny of nerds in particular, many traditionally “nerdy” industries – like tech, astronomy, and the sciences – are just as plagued by toxic sexism as “alpha-male” industries like banking. Just because a man isn’t strong enough to punch you, it doesn’t mean he can’t screw with your career, create a toxic workplace, or harass you on the internet. And when our media landscape suggests that this brand of sexism isn’t “that bad,” it makes it harder for women who speak out about harassment to be believed. It makes it easier for men like James Damore to pretend that the sexism in the tech industry couldn’t possibly be toxic enough to account for the gender gap in software engineering. In short, it makes it easier for men to get away with sexism.

And there’s nothing “adorkable” about that. 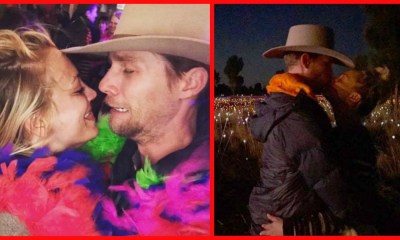 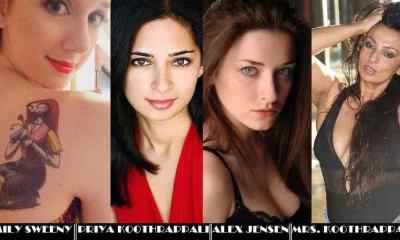 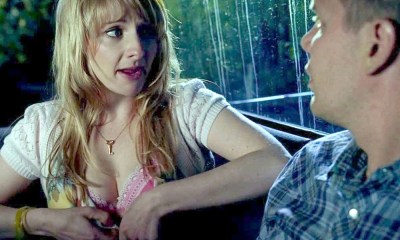 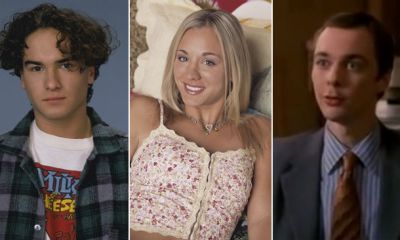 5 Cast of Big Bang Theory When They Were Young!