Tim Drake Gets A New Costume And Codename 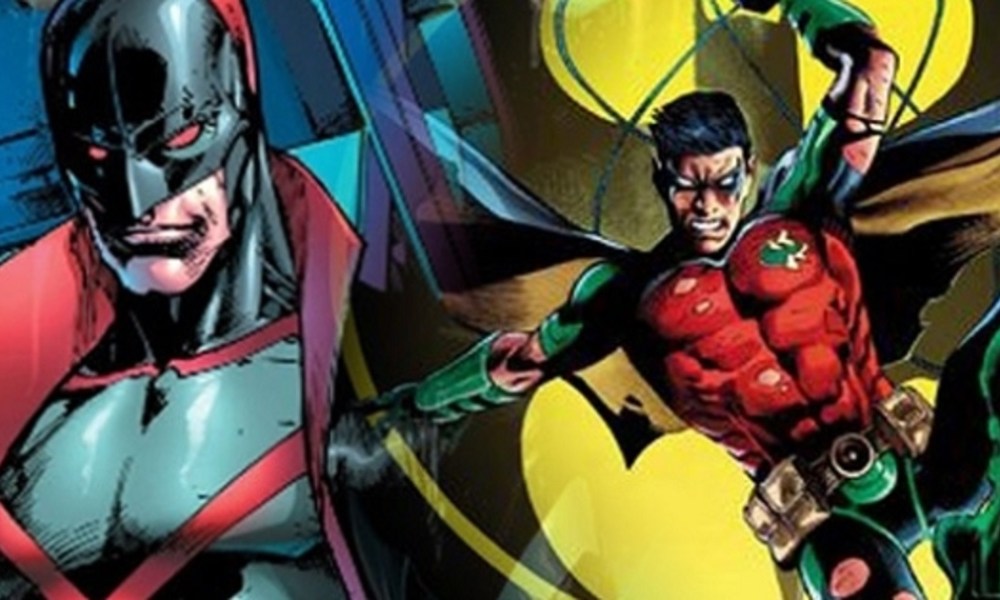 Tim Drake Gets A New Costume And Codename

The Tim Drake from the future is Batman no more, but he isn’t going back to Robin either.

Spoilers incoming for Teen Titans #15, so if you haven’t read the issue yet you’ve been warned.

There are currently two Tim Drakes running around the DCU at the moment. The current Tim Drake is the Robin fans all know and love, but there’s a future version of Tim Drake lurking around as well, and he just gave up his Batman name and costume for an all-new look and title. 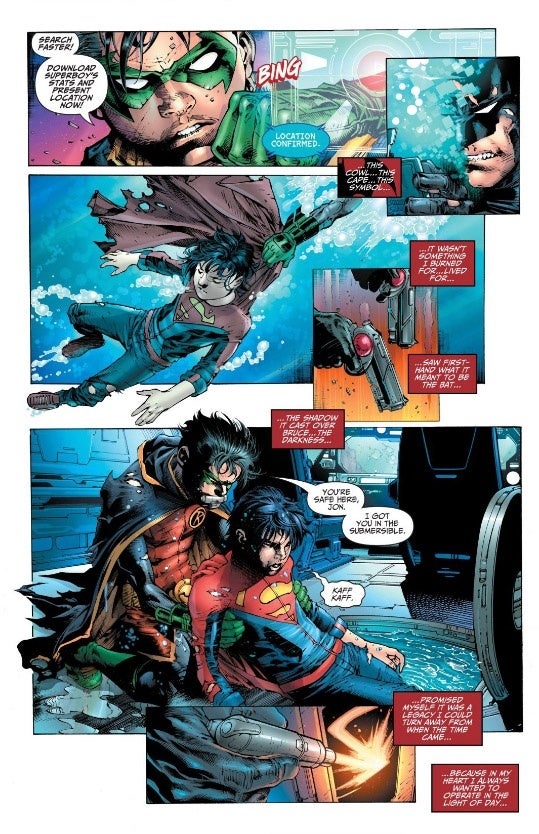 Future Drake ends up finding some prototype Titan uniforms, and since his costume is in tatters decides to use them to forge a new suit. He isn’t just content with a new look though, so he implements a shroud device to make him untraceable by the Titans on this earth as well as the Titans of Tomorrow from his timeline.

He also wants to do away with the burden that the cape and cowl comes with, saying “Promised myself it was a legacy I could turn away from when the time came…because in my heart I always wanted to operate in the light of day…and emerge from the rising sun not as a bat out of hell…but as a Savior.” 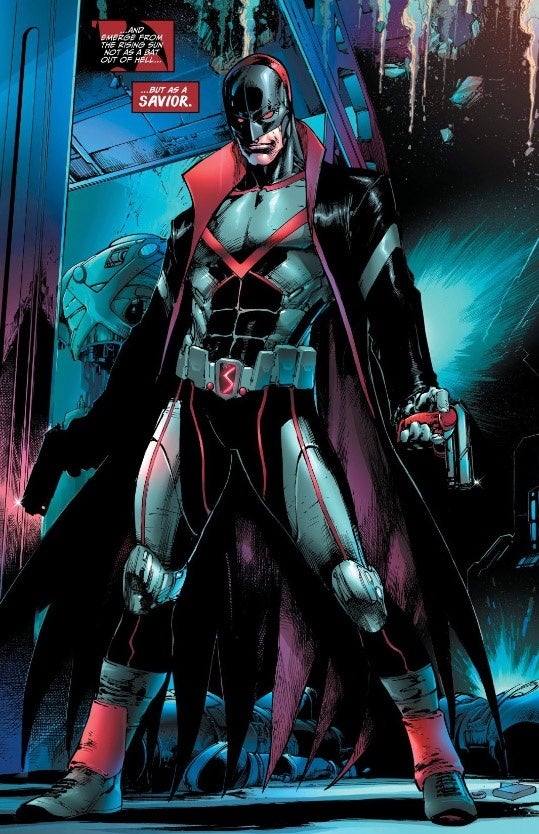 So a new hero is born, and there are definitely some parallels to the Red Hood’s look. In fact, this essentially gives Damian Wayne his Reverse Flash or Red Hood, an enemy that in many ways is the disturbed mirror image of the hero (though to be fair some would call Damian disturbed on some level).

The Savior name is not new to the DCU, as it was previously used by Ramsey Murdoch, though the spelling of it in his case differed (Saviour).

You can find the spoiler images above.

Teen Titans #15 is written by Peter J. Tomasi and Patrick Gleason with pencils by Jorge Jimenez and Ed Benes. Colors were provided by Dinei Ribeiro and Alejandro Sanchez, and inks by Ed Benes, Richard Friend, and Jorge Jimenez.

“SUPER SONS OF TOMORROW part three! The Batman of Tomorrow reveals himself to the Teen Titans to recruit them to his cause. But the reunion gives way to the big question: is the life of an innocent child worth more than the lives of millions? It’s the Teen Titans vs. the Super Sons in the battle you’ve been waiting for!”