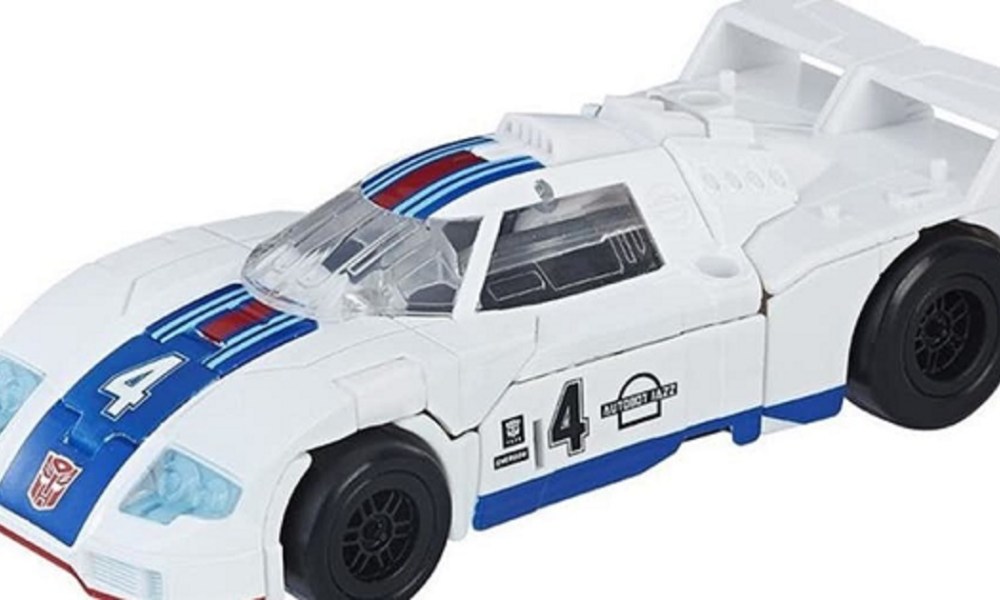 One Transformers fan got a nasty surprise earlier this week after some Cybertronian text on the side of a Power of the Primes Jazz action figure was translated. The message embedded on the Autobot’s door for all to see? Four letters: “MAGA.” Yes, that’s the shorthand for “Make America Great Again,” the 2016 campaign slogan of current United States President Donald Trump.

According to io9, the mystery began when Twitter user @chrisrtxv posted a tweet complaining about the tiny text printed on the Autobot’s side. 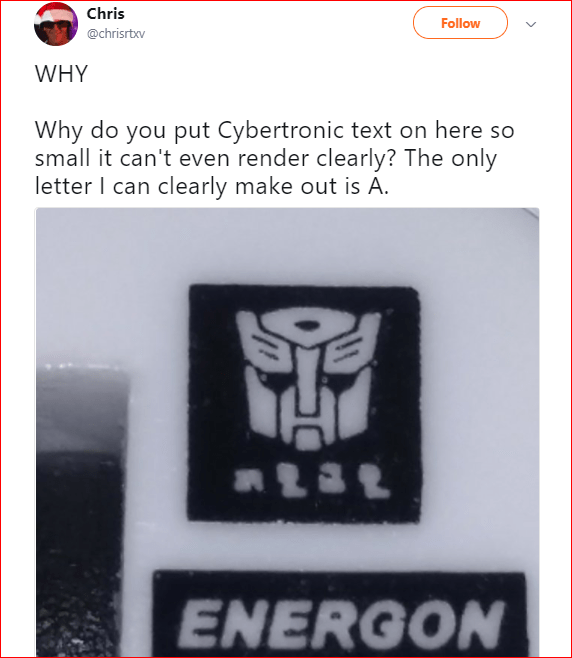 Another Twitter user, @TheLastGherkin, translated the writing to the best of his ability. The result was questionable at first. The Cybertronian letters are, after all, only millimeters high and extremely difficult to discern. Then Hasbro, the toy’s manufacturer, weighed in with a damning response: 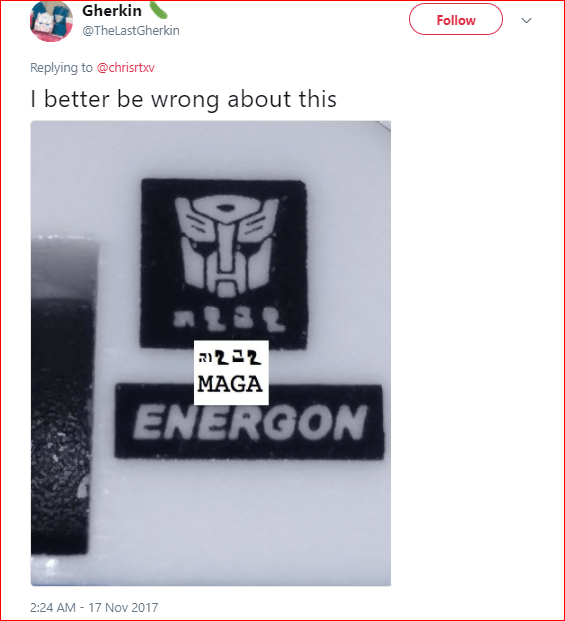 It was brought to our attention that a graphic appears on one of our Transformers figures that, when translated from Cybertonian letters to English, spells out MAGA. We investigated the issue, and discovered that one of our vendors inserted this as part of the design without authorization. We are addressing this with the vendor.

We do not intend for our products to carry political messages, and apologize to anyone who was offended by this message.

So, somebody’s in trouble. For now, there’s no word on whether the toy will be recalled due to the unauthorized alteration. Jazz will just have to bear some dubious political connections for the time being.