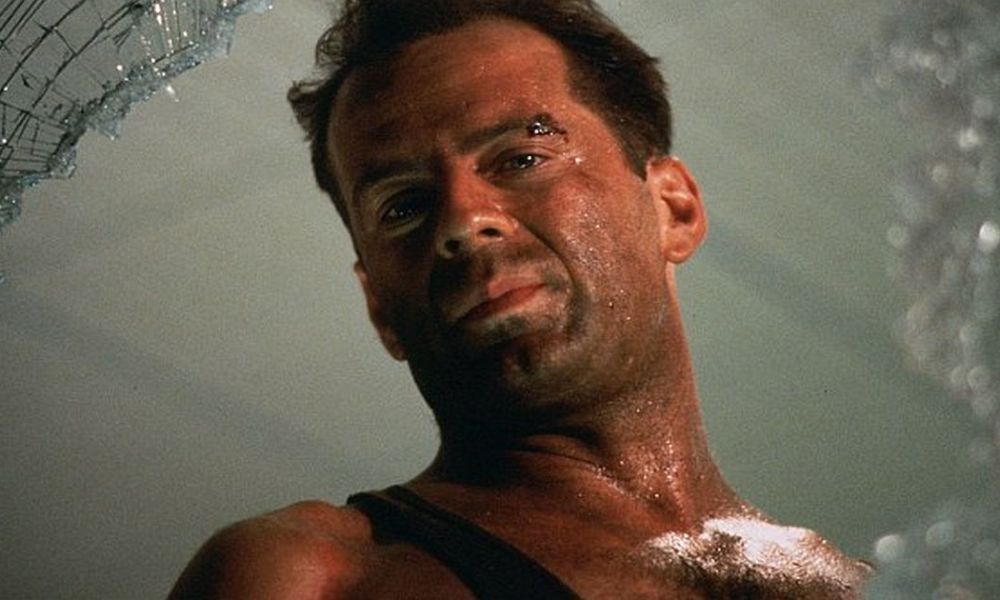 29 years after Die Hard’s release in theaters, screenwriter Steven E. de Souza has cleared up a nagging plot hole in the action classic. While Die Hard is often considered one of – if not the – greatest action films of all time, no film is truly perfect in every way, although some do come close. A big hit with both critics and audiences, Die Hard turned Bruce Willis into a bonafide movie star, and spawned a franchise that has so far consisted of five films total. Not all of those sequels are well-regarded, but that’s a conversation for another time.

The specific Die Hard plot hole that de Souza offered an explanation for concerns the famous scene where heroic New York cop John McClane (Bruce Willis) first encounters lead villain Hans Gruber (Alan Rickman). McClane hadn’t actually seen Gruber’s face at that point, so the criminal mastermind quickly affects an American accent and pretends to be a lost hostage. Despite Gruber’s masquerade, McClane sees right through it, and has his suspicions confirmed when he hands Gruber an empty gun that the bad guy then tries to shoot him with.

While many tend to simply chalk McClane’s quick realization of Gruber’s evil intent up to the former’s instincts as a veteran police officer, de Souza revealed during a recent Q&A – transcribed by Slash Film – that there was originally a much more concrete explanation why McClane doesn’t buy Gruber’s disguise. According to de Souza, there was originally a subplot about Gruber and his men all wearing the same Tag Heuer brand watch. As McClane kills them, he takes notice of their identical watches. Thus, when he meets Gruber, he notices the so-called hostage is himself wearing a Tag Heuer watch, and is tipped off that he’s not who he says he is.

So, why was that subplot removed from Die Hard’s final cut? According to de Souza, it’s actually kind of his fault. In the last week of shooting, de Souza wrote a new scene in which Gruber and his men are trying to escape in an ambulance, and Argyle the limo driver stops them by crashing into the ambulance with his limo. Unfortunately, this presented a continuity issue.

The Tag Heuer watch sub plot was introduced via an early scene where Gruber and company synchronize their watches after getting off the truck they use to arrive at Nakatomi Plaza. The problem is that the just added escape ambulance was obviously not present back when the watch scene was shot. Thus, director John McTiernan insisted that they cut the truck arrival scene down drastically so that the ambulance’s absence wouldn’t be noticed by audiences, and just like that, a plot hole was created. Not even Die Hard is perfect, as awesome as it might be.