Jumanji: Welcome To The Jungle Has A Touching Robin Williams Tribute 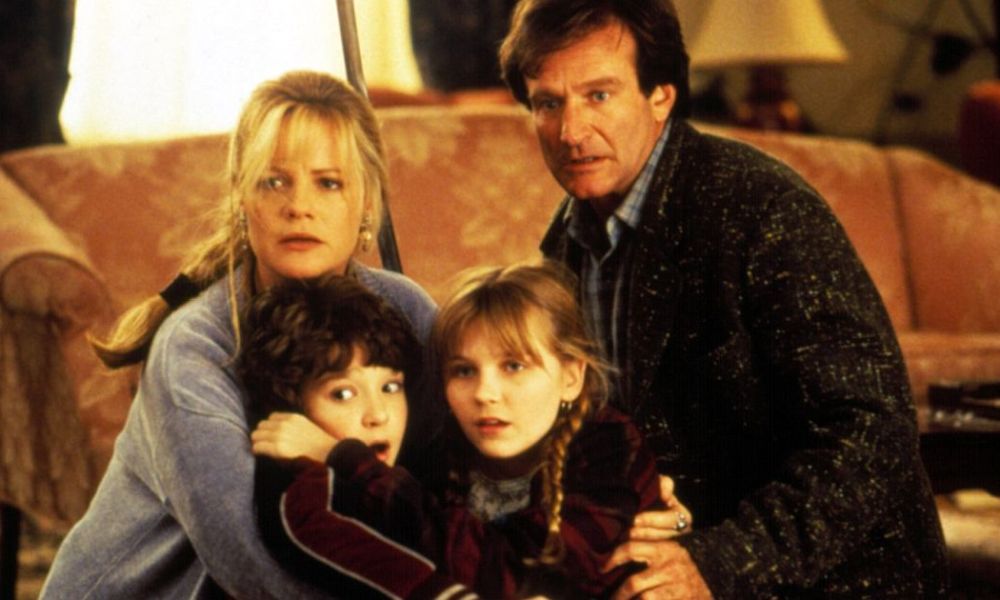 Jumanji: Welcome To The Jungle Has A Touching Robin Williams Tribute

The new Jumanji sequel features a lovely nod to the late Robin Williams’ role from the original movie. Jumanji: Welcome To The Jungle is a follow-up set 20 years after the events of the first, in which a group of teenagers find themselves at the mercy of the living game, now in the form of a retro games console. In a neat reversal of the premise, instead of the jungle invading the real world the protagonists are sucked into the tropical death-trap and tasked with playing through the game’s main quest in order to escape its clutches. Through their hijinks in restoring the gem of the Jaguar God to its rightful home, we see the jungle for the exciting but ceaselessly dangerous habitat it is, and along the way get a touching reminder of the fondly-remembered 1995 blockbuster.

Since Jumanji has switched to being a video game rather than a board game, the “rules” of the world now reflect the mechanics of old-school adventure games. There’s a linear narrative marked out by a map, NPCs (non-playable characters) that repeat lines until you give the appropriate response, and the player characters each have specific skills. In the film this is a played up as a joke of opposites: the nerdy lead character is now Dwayne Johnson’s smoldering action hero, and the preppy popular girl is now Jack Black’s overweight 40-year-old navigations expert. When the characters view the player selection screen, however, one player is un-selectable. In the opening scene we saw a fifth kid being taken by the game in the mid-nineties, and, as represented by Nick Jonas’ pilot ‘Seaplane McDonagh’ in the movie, he’s survived there ever since.

In game-time, however, Alex has only been in the jungle for a few months. It’s fortunate that he’s still alive though, because completing the game requires the skills and expertise of a full troupe of five explorers. To figure all of this out, we’re treated to a bit of exposition at a hut that McDonagh has been using as a homebase while he waited to see if anyone else would arrive. Here we see a familiar name: “Alan Parrish Was Here” is etched into one of the wooden rails. 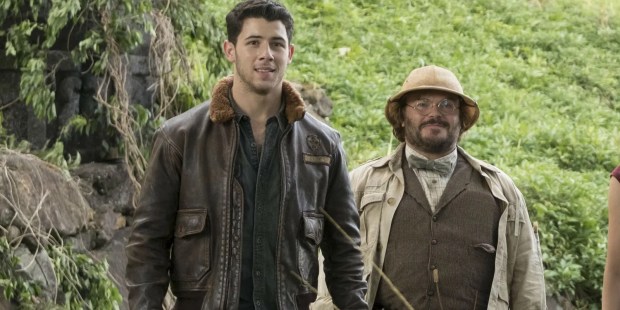 As you may remember, Williams played a much older Parrish who’d been trapped in the game for decades before being released by a pair of bored kids who discover the game in his old attic. Seeing his name in the cabin is a simple but touching way to honor Williams’ role, because it explicitly makes it clear his presence left such an indelible mark on Jumanji that even the game’s shapeshifting and changing of the rules couldn’t uproot the time he spent there. Whether because of the length of time he spent there, or perhaps even because the game respects him as a worthy contender, his hideout and his name were left untouched.

Williams took his own life in August 2014, following a decades-long struggle with depression and addiction. His death was met with an outpouring of grief from fans all over the world, and he left behind a firm legacy as one of Hollywood’s most beloved actors.