Is Die Hard A Christmas Movie? 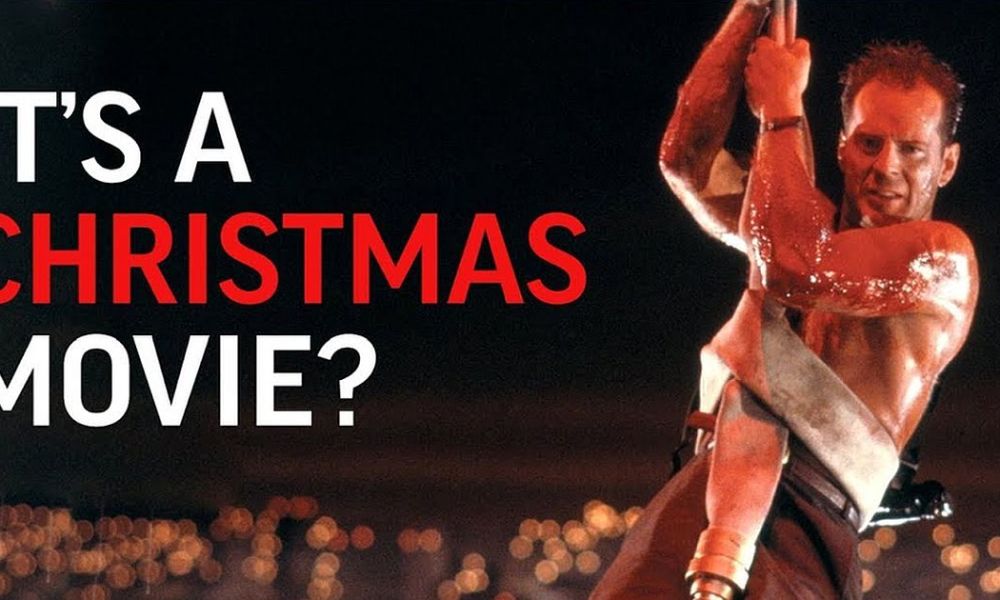 Is Die Hard A Christmas Movie?

It’s that time of year again. Healthy eating takes a month off so we can all gorge on Nero’s pizza, the high street becomes an intense rush to get the last Turbo Man, people are professing wordless love for their best friend’s wife, and world-weary policemen wind up taking down a massive vault heist. Hmm… one of those doesn’t quite fit.

Yes, it’s Christmas, and everybody’s forming their lists of favourite Christmas movies. All the undisputed classics are there – It’s A Wonderful Life and Miracle on 34th Street (the original, obviously) – along with some widely-loved modern takes – Elf undoubtedly, and possibly Aardman’s delightful Arthur Christmas – but there’s one movie that invariably keeps cropping up that (at least some part of the online film community think) perhaps shouldn’t: Die Hard.

About a decade ago, as the basic lists began to reach saturation, writers started looking at the “alternative” Christmas film – pictures that were set at Christmas and ticked the usual feel-good boxes, but were packaged in a more off-kilter wrapping. Think Gremlins, Batman Returns and The Nightmare Before Christmas. At some point in this evolution, people noticed that John McTiernan’s action classic, a tense story about a New York cop visiting his estranged wife forced to take down a building full of terrorists, was set at Christmas, so gleefully started including it too, primarily just for the shock reveal of it even being a Christmas movie in the first place. However, thanks to the internet’s love of all things edgy, over time it’s transcended being a jokey outside choice and became a mainstay of the standard lists, often placing top because, hey, it’s a great movie.

And let’s make this clear before the comments descend into a total mess quicker than Hans Gruber: Die Hard is a great action movie. One of the absolute best. That can’t and won’t be disputed. It’s a tense, emotive film full of expertly constructed action bursts grounded by a relatable protagonist. And boy did it have an impact. Coming at the tail-end of a decade dominated by over-the-top antics from muscled demi-gods, presenting an everyday hero and harkening back to the simple heroism of classic westerns led to a revolution in the genre (just look at Arnie going from Predator to True Lies). Forget how eventually the sequels made McClane into the indestructible explosion factory he one reshaped; the first is action cinema at its finest. But does being one of the best action films ever made mean it automatically classifies as a great Christmas film? Is it even a Christmas film at all?

The answer to that hotly-debated question depends almost entirely on your definition of what a Christmas movie is. Is it a film having a festive release? Is it just the setting? Or is it something more thematic, relating back to the Victorian ethos that shaped the modern Christmas? The best estimation is that it’s a bit of all three. So, how well does Die Hard fit this?

Christmas release is a tricky metric, as it can lead to movies like The Lord of the Rings, Avatar and Disney’s new era of Star Wars falling under that banner out of affectionate memories of a first viewing despite none of those having any link to the holiday. One movie that definitely doesn’t have this benefit, however, is Die Hard; it was first released on July 15, 1988. It’s no more a Christmas film than someone with a July birthday who likes the festive season is a Christmas baby. At the very least, this would show 20th Century Fox never intended the shot of McClane crawling through an air conditioning vent to have a myriad of stock santa hats Photoshopped onto it decades on (or become an admittedly cool Christmas decoration).

Of course, this same release discrepancy is also true of perennial classic Miracle on 34th Street, which was released in June 1947 and boasted a marketing campaign totally devoid of the names “Santa Claus” and “Kris Kringle” to stop summer audiences realising they were in for a festive treat. Strange, sure, but remember that this was from a different era of Hollywood, when studios maintaining a constant stream of movies trumped context – to shoot at the Macy’s Thanksgiving Day parade almost forced a mid-year release date – and that the film was regardless dominated by Christmas; you couldn’t have Santa on trial at any other time of year.

Perhaps a better point of comparison to Die Hard in the setting-versus-release discussion is the work of Shane Black, where Christmas is likewise imposed on a story yet only plays a tangential part in proceedings. Lethal Weapon, Kiss Kiss Bang Bang and Iron Man 3 (Black wrote the former and directed the latter two) are all set at Christmas, yet were released in August, October and May respectively. For Black, the time of year is a style choice; like Die Hard, each of those movies is set in California (leading to a sun-baked winter) and use Christmas to present an alternate side to the always family-oriented celebrations.

The curious thing there about Die Hard’s setting is that while it is a style choice, it could also be viewed as a piece of deux ex machina. Just think about it; in one fell swoop the time of year explains why John McClane would be visiting his estranged family on the same day as an office party that’s happening when the rest of the building is conspicuously empty, and further gives an explanation for the accessibility of everything from TV time (Christmas is always a slow news day) to back-hostler tape. It’s a framing device intended to remove contrivance that comes from the same creative place as John McClane learning the foot-fist calming method so he can be barefoot throughout the adventure; by this logic, Die Hard is as much a podiatric film as it is a Christmas one.

Although that’s not to say McTiernan doesn’t do a good job of tying the holiday into the plot. There’s the perfect level of Christmas to typical action tropes – for every “yippee-ki-yay, motherf*cker” there’s a “now I have a machine gun, ho-ho-ho” – and it’s used to ultimately accentuate the rebirth of his marital passions. And there’s definitely room for deeper reading – Hans Gruber has twelve disciples and a Jesus beard, a subtle but clearly intentional decision that goes a long way towards justifying a Christ connection.

But is that enough to get past setting and release to say it has a message imbued with (to quote every conventional movie) “the spirit of Christmas”? From White Christmas to Elf, National Lampoon’s Christmas Vacation to Scrooged, or even genre takes like Gremlins and Krampus, all conventionally accepted Christmas films have a uniquely Christmas moral; a wholesome one of goodwill, family and caring for your fellow man. Die Hard’s conclusion has that to a degree, but is more one of perseverance and a praising of the every-man; certainly optimistic, but not so dominated by the setting that it means you can watch it at any other time of year and not feel weird.

Perhaps that should be an addendum to the three-part rule made earlier; unlike any other genre, a defining trait of a Christmas film could be its exclusivity to December. You can only reasonably watch Miracle on 34th Street in the weeks leading up to Christmas, but Die Hard doesn’t have that same Christmas-dominant feeling that makes it feel silly in the middle of April showers or a baking hot August.

This may all make it seem that, by all standard metrics, Die Hard isn’t a Christmas film. It’s not a Winter release, it’s not got a typical Christmas moral and can be watched at any time of year without breaking some unwritten rule. There is the fact it’s set on December 24th, but even that’s more a narrative choice. It would be very easy to conclude that it is just a great action film set at Christmas, but not intrinsically a great Christmas film.

But this is a time of year when a Capra-Stewart classic can sit alongside a loose Dickens adaptation starring Kermit the Frog, when Will Ferrell is evidence of a bona fide classic and a comedy starring Jason Bateman and Jennifer Aniston feels like a must see (well, almost). The norm doesn’t exist and no rules don’t have massive exceptions. Heck, It’s A Wonderful Life, the king of the genre, is for the first hour-and-a-half not even set at Christmas.

Everyone celebrates Christmas in their own, unique way, and it’d be frankly ridiculous to say anybody doing it differently is wrong, be that what trimmings you have with your turkey (if you even have turkey) or how you define a Christmas movie. If you want to say Die Hard is a Christmas film, then Die Hard‘s Christmas film. If you don’t, that’s fine too. It’s like when Argyle and John first drive towards Nakatomi Plaza and disagree over whether Christmas in Hollis is Christmas music; they’re both right based on their experiences. And, yes, that does mean that, regardless of your stance, Die Hard predicted this whole debate – it really is that awesome.