What Would A Modern-Day Westeros Look Like? A Fan Trailer Gives Us An Idea 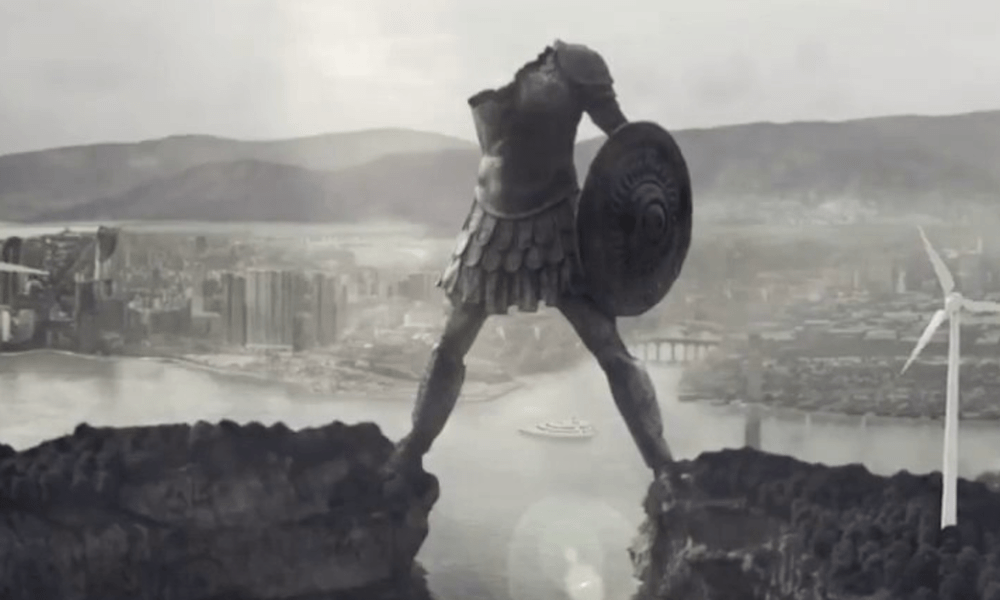 What Would A Modern-Day Westeros Look Like? A Fan Trailer Gives Us An Idea

In the wake of the Season 7 finale, a fan trailer hit the internet depicting a Game of Thrones spin-off set roughly 1000 years after the events of the TV show, and depicting a modern-day Westeros. While the trailer only hints at what Westeros has become, it has many crying out for this to become a real show. At the same time, it begs the question: What would the Seven Kingdoms look like 1000+ years later?

If you haven’t seen the trailer yet, here it is:

While we can clearly see that cars, television and electricity have caught on, it’s also fun to see some of the old remnants that we know and love. There are so many cool hints in this future world. For instance, Braavos seems to be all about renewable energy, and the Iron Throne is now a preserved relic in a glass display, possibly in a museum. Like any good #GameofThrones fans, let’s over-analyze the trailer and what it might tell us of this brave new world. (Note: this is clearly a fan-made trailer, albeit a really good one, so all of this is just speculation.)

The Noble Families And The Political Structure

If it is meant to be set a millennium after the series, it’s kind of heartening that some of the Great Houses we love are still around and playing the game. Notably, a member of House Lannister is Prime Minister and is shown in the trailer speaking against rumors of what is beyond the wall. As he speaks, the crowds are seen as ecstatic, suggesting that the Lannisters have greatly improved their reputation among the common people in the years since Tywin and Cersei.

One major detail worth noting is that there is even an office of Prime Minister. Since the Seven Kingdoms were partially inspired by England during the War of the Roses, it would appear that Westeros in the future is again inspired by England. Westeros here clearly has a Parliamentary structure and a constitutional monarchy like Great Britain today. Maybe there is even a House of Lords where the surviving noble families now reside; although some, like the Lannisters, clearly have still sought influence and taken up modern politics. It is hinted that the monarchy might be a revived Targaryen dynasty and that Daenerys succeeded in our beloved Game of Thrones, as there is a sign that reads “Targaryen Square” when there wasn’t one before in King’s Landing. At another point as PM Lannister speaks, we can see in the bottom news bar a direct confirmation that there is a Queen, and apparently she condemns terrorism, too. 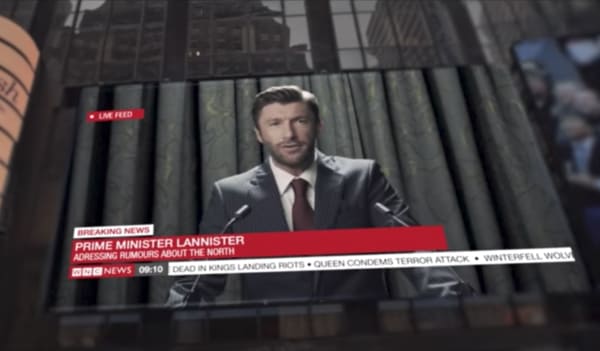 Of course, if the Targaryens and Lannisters are still around, then so are the Starks. From the trailer, the situation with the great northern House might be a little more complicated than their counterparts down South. At one point, we see a car pull up and someone wearing heels steps out, quickly followed by a white (dire?) wolf.

This can only be hinting at the Starks (they’re still around everybody, it’s all good), but we don’t see more than a glimpse of this mysterious descendant. What’s more, we only see images of the Stark sigil a brief, handful of times — once in the background at an assembly of people watching the news, and then again being waved during a protest. Are the Starks and the North in disgrace for standing up to the South? Perhaps mirroring Scottish calls for independence, the North has once again felt abandoned by a South that wants to ignore the threat at the Wall, and is thus becoming increasingly restless and defiant. 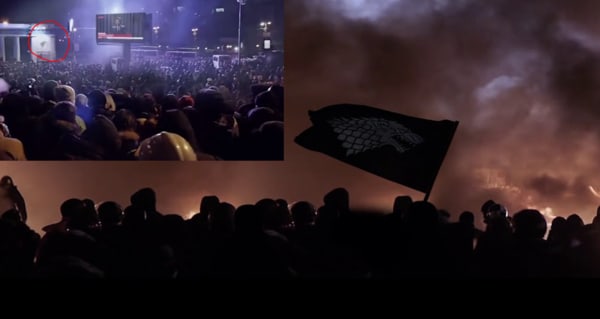 What Is Up With The Wall?

The trailer suggests that things are happening again at the Wall, and in a modern society where word can travel much faster than a raven, people are taking notice this time. We know it’s caused so much of a stir that the Prime Minister feels the need to give a speech denying it. Still, scenes depicting military forces in abandoned areas featuring voiceovers about the dead echo movies like World War Z a little too well, so it seems there’s more to the rumors than the Prime Minister lets on.

It would be a great plot for this series if the White Walkers finally return after 1000 years, and it is up to these new, modern-day characters to find out how their medieval counterparts (that we know so well) defeated the army of the dead the previous time. Considering the answer is dragons, it might explain the large shadow flying overhead at the end of the trailer, although it doesn’t look as much like a dragon to me. Perhaps there are new beasts that are the product of dragon descendants and modern genetic engineering (Jurassic World anyone?). 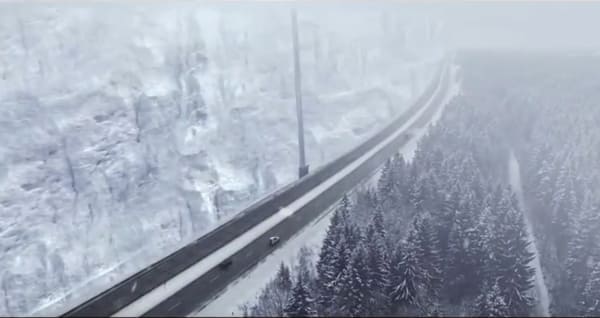 I think many can agree that this would be a really cool story to explore. Numerous questions arise in this universe, for instance: What would a modern society think of sentient ice monsters that can resurrect the dead? How would the fight be different (or the same) with modern technology and weapons? Would it be easier to convince everybody of the threat, or harder with advances in science and technology? We can only know if they make this show a reality, and I don’t know about you, but I would definitely watch it.