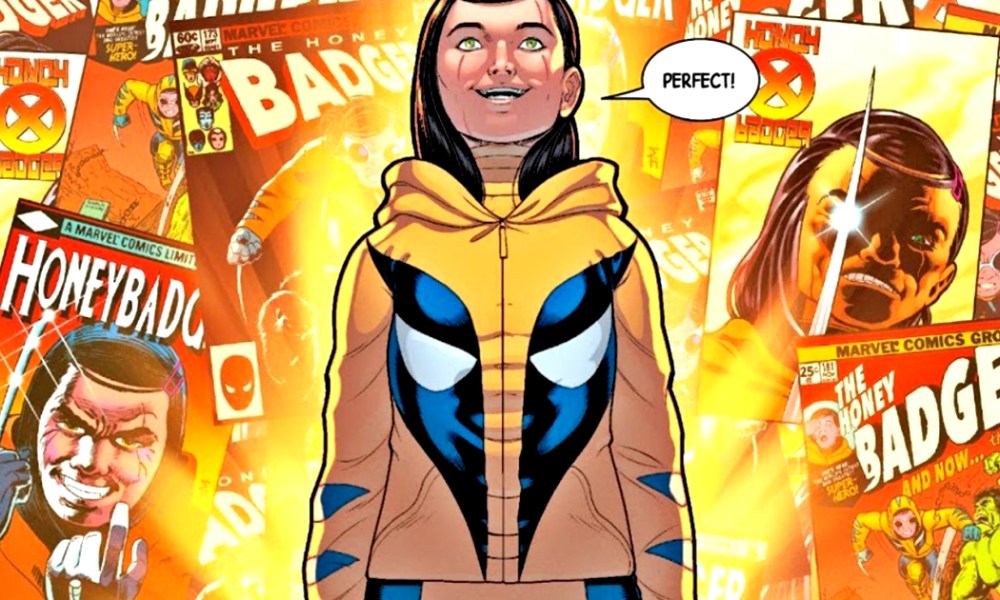 Marvel Comics’ X-Men franchise underwent a seismic shakeup in 2014 with the death of the once-invulnerable Wolverine. When his healing factor stopped functioning, the fan-favorite mutant became an immediate target for his enemies, and ultimately suffocated while encased within an adamantium cocoon. (He was resurrected in September in Marvel Legacy.) After his demise, Wolverine’s mantle was passed to the closest thing he has to a daughter: Laura Kinney, aka X-23, a genetically engineered clone who possesses his healing factor and signature retractable claws. She quickly wound up in a similar position as her “father,” with a youthful charge named Gabby, a clone of Laura created by Alchemax whom she connected with as a little sister.

The first arc of Laura’s comic, All-New Wolverine, dealt with her working to keep Gabby and fellow clones Bellona and Zelda away from Alchemax. Over the course of the arc, titled “The Four Sisters,” Gabby wound up in Laura’s care in the aftermath of Zelda’s death and Bellona’s defection. Gabby quickly gained popularity in her appearances, but there are some vocal readers who don’t care for her, especially now that the next big arc of All-New Wolverine is set in a future where a “retired” Laura is queen of Madripoor, and Gabby has apparently assumed the identity of Wolverine.

It’s not as if Gabby is poorly presented, or a stereotype of what grown men think little girls are like; Tom Taylor has written her pretty well since her introduction in 2016. But there’s a notion held by some readers that Taylor seems more interested in writing about Gabby than about the title character, but that doesn’t hold water. Gabby is something of a fellow lead, sure, but she’s only actually been the focus of two of the book’s arcs — the first one, in which she was introduced, and “Immune,” in which she and other mutants with healing factors helped Laura cure a sick town, only for her to be infected by the Brood. Other than that, she hasn’t been an active player; you could make a case for Gabby being the focus of Laura’s involvement in Civil War II, but Laura and Old Man Logan are clearly the leads. 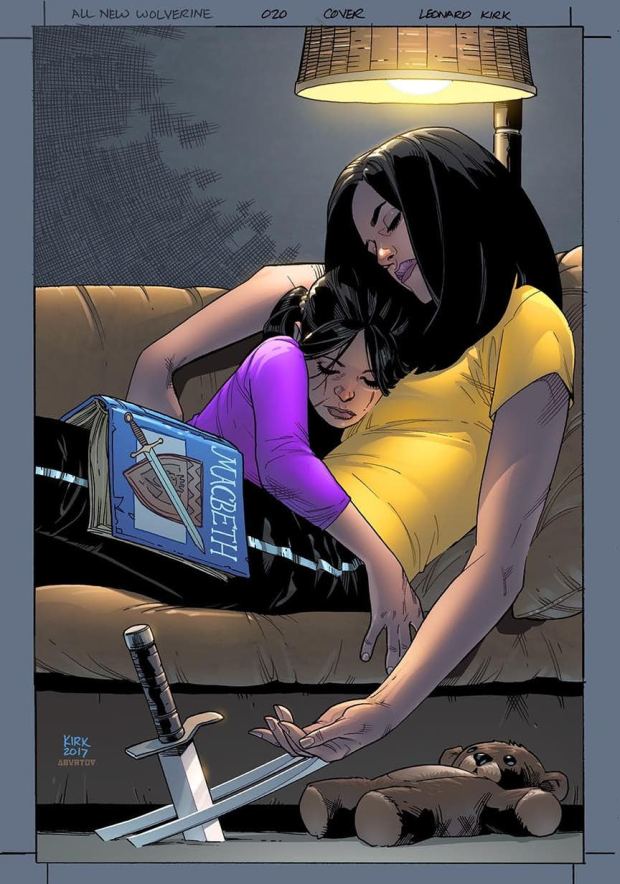 Wolverine (that is, Logan) has long been defined by how vicious and hard-edged he was, yes, but he’s also a big softie, and a surrogate father to many — not only Laura, but also to Jubilee and Kitty Pryde. It only makes sense that his nurturing heart would be prevalent in his “children”; the mistake Logan made was in sending Laura away to the Xavier Institute, leading to the bumps in their father-daughter relationship. Laura is determined to make a better future for herself, and Gabby is a reasonable part of that; to send her off to a normal family would repeat that cycle of distrust and abandonment.

Each issue of All-New Wolverine has proved that Gabby and Laura need each other, time and again. For Laura, Gabby is an anchor that prevents her from going full primal; for Gabby, Laura is an example of what she can become as an adult. Whether Taylor planned to make Gabby an active hero from the start or was inspired by Dafne Keen’s portrayal of Laura in the now Academy Award-nominated Logan, it can’t be denied that watching a preteen girl slice up villains before going home to cuddle her pet wolverine is, well … awesome. Viewing Wolverine through the eyes of a kid is a fascinating study in legacy, especially when Gabby has also met Old Man Logan, her half-brother Daken and fellow quirky weirdo Deadpool. This girl has an eclectic band of misfits caring for her, which is more than Laura or Daken can really say, and it ties back into the X-Men theme of finding a family to replace the one that left you.

Does that mean Gabby should really be Wolverine when she reaches adulthood? That’s a mixed bag; Laura’s blessing certainly helps, but the kid is so relatively well-adjusted, and so unhardened, that it feels like she should’ve kept the name Honey Badger that she gave herself. But what we’re getting with Gabby is a fun continuation of the Wolverine family, and an incredibly charming character for Marvel to tout for years to come. With her being included in her first team with X-Men Red, the future is certainly looking bright for Gabby, and it’s well deserved.

Plus, come on, how can anyone really hate someone with a code name as great as Honey Badger?