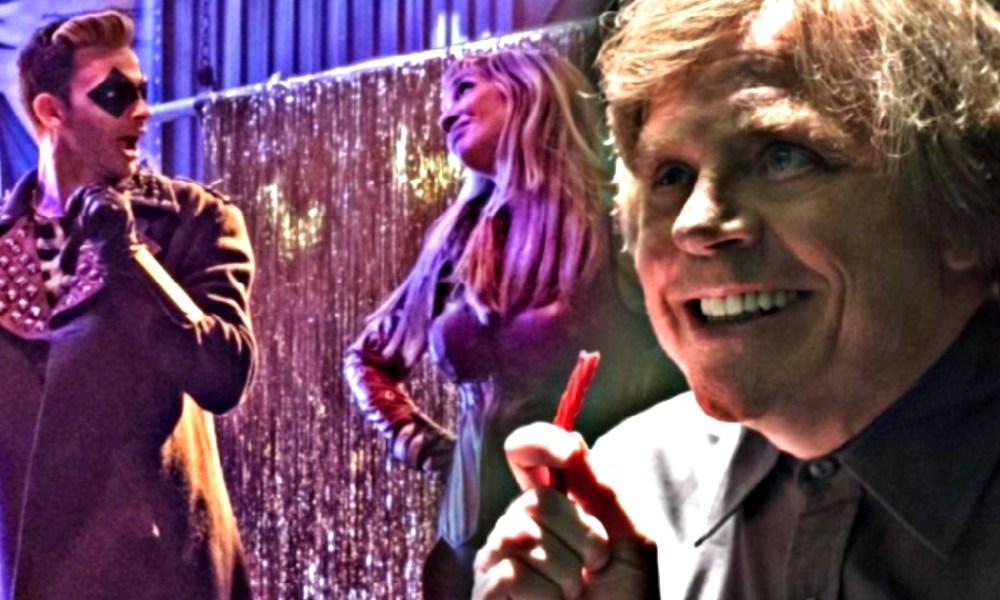 Mark Hamill might not have reprised his The Flash role in this week’s episode, but the installment turned out to be quite a family affair.

Spoilers for this week’s episode of The Flash, “The Elongated Knight Rises”, below!

This week’s episode saw Team Flash facing off against Axel Walker (Devon Graye), the adult son of Mark Hamill’s James Jesse/The Trickster. In a new twist, Axel was broken out of prison by his mother, Zoey Clark/Prank (Corrine Bohrer), and the pair decided to terrorize Central City together.

When Team Flash was investigating the Trickster family, they found photos of James and Zoey taking part in their original crimes (i.e. from the 1990s The Flash TV show). Alongside that was a family photo of the couple, alongside a baby version of Axel. And as it turns out, the baby was actually Chelsea Hamill, Mark’s real-life daughter.

Chelsea addressed the photo of her and her “Trickster hair” – which was apparently taken from the set of the original Flash show – on her Instagram account. 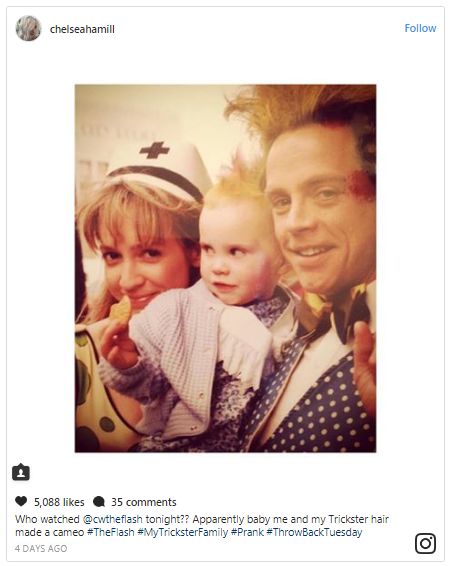 Mark Hamill then shared a photo of the cameo, alongside other photos of his “Trickster Family”, on his Instagram as well. As Hamill put it, Chelsea’s cameo made him a “#ProudPop!!!” 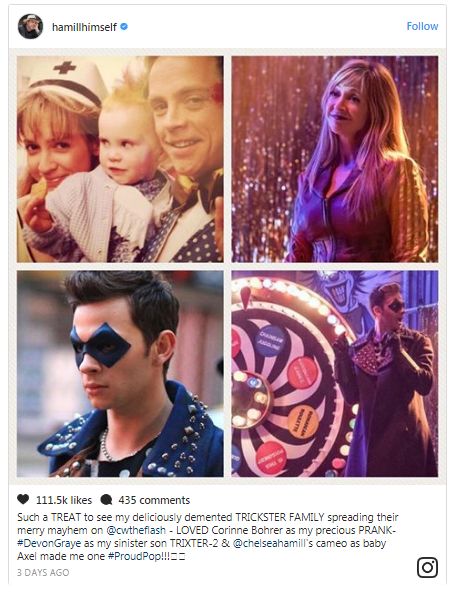 Even though Hamill’s portrayal of The Trickster has been missing in action for over a year of The Flash, fans got a sort of update on James Jesse’s situation. As Prank revealed, James broke out of prison a year before, and has been on the run ever since.

This provided a pretty major update for Earth-1’s The Trickster, who hasn’t actually been seen within the world of The Flashsince Season Two’s midseason finale. In that episode, The Trickster partnered with Captain Cold and Weather Wizard before he was captured by the CCPD and put back in jail. Fans then got to see an alternate version of The Trickster in The Flash’s Season Three midseason finale, when he faced off against Jay Garrick (John Wesley Shipp).

So even though it’s been about two years since we’ve seen Earth-1’s Trickster in action (partially thanks you, you know, Hamill’s recent role in Star Wars: The Last Jedi), this sort of update might be a good hint towards his potential return. The Flash fans will just have to stay tuned to find out.

The Flash airs Tuesdays at 8/7c on The CW.