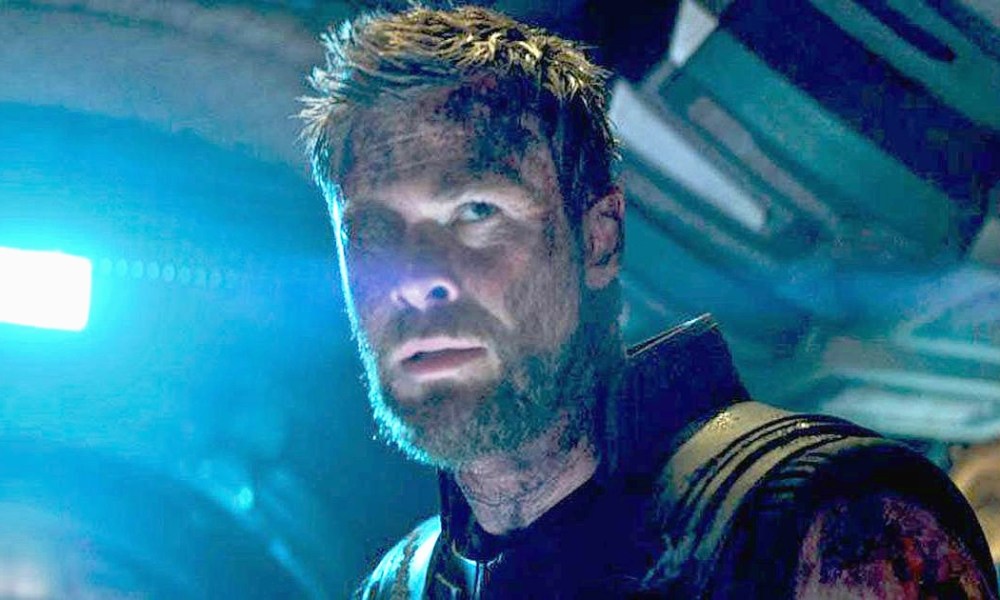 The highly-anticipated release of Avengers: Infinity War is still a few months away, but a new toy leak could hint at what fans can expect from one character.

A photo of Thor’s (Chris Hemsworth) Infinity War Funko POP recently leaked online, which seems to indicate a new sort of weapon for Marvel’s God of Thunder. You can check out the photo of the POP below. The topic of Thor getting a new weapon has been discussed amongst fans quite a bit, after Mjolnir was confirmed to be destroyed in last year’s Thor: Ragnarok. Hemsworth fueled the speculation a few months back, hinting that the weapon would be something fans would get excited about.

“You’ll have to see, I can’t give that away,” Hemsworth teased back in October. “But there is something pretty exciting coming. I think the fans will know and love and be excited for it.”

Judging by this POP, his weapon looks a lot like the Ultimate Mjolnir, something that fans saw in Infinity War concept art about a year ago.

While Funko POPs aren’t always the best indication of what will be in a finished film (after all, POP Thor doesn’t have his now-canon eyepatch), this does seem to indicate that Ultimate Mjolnir could be seen in some way.

Fans have been speculating about Infinity War – and, for some, its line of Funko products – for quite some time now, and this gives fans the first indication of what’s to come. Funko POP collectors should probably clear some space on their shelves for the Infinity War line, considering just how many characters will be seen in the film.

“This is one of the biggest things in film history and to be a part of it was just incredible.” Hemsworth revealed earlier this month. “I think what these characters are about to face — with Thanos — there’s been nothing quite like it… I finished literally two days ago and I looked at (directors) Joe and Anthony (Russo) and said, ‘I don’t know how you guys have gotten this far and I don’t know how you’re going to hold it together and complete this thing, but my hat’s off to you.’”

Avengers: Infinity War will hit theaters on May 4th.