Jon Snow May Be A Wight, And Must Be Killed According To A Interesting Fan Theory! 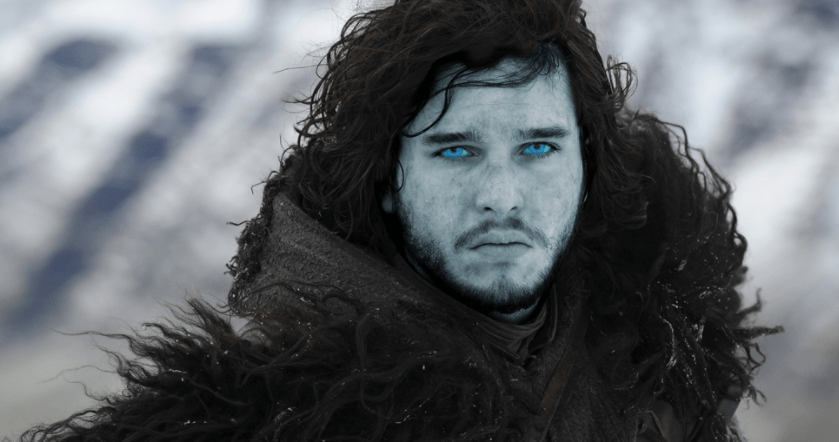 Jon Snow May Be A Wight, And Must Be Killed According To A Interesting Fan Theory!

THE fan theory about Jon Snow’s death in Game Of Thrones may have had new life breathed into it by a behind-the-scenes video.

A GAME Of Thrones fan theory that says the resurrected Jon Snow is a fire wight and so must die before the end of the show has been given a new spin by the release of a behind-the-scenes video showing how Viserion the dragon was resurrected.

Beware, what follows is some (possibly) seriously spoiler-ish talk about the ending of Game Of Thrones, both the TV show and the books.
Look away — if you dare. 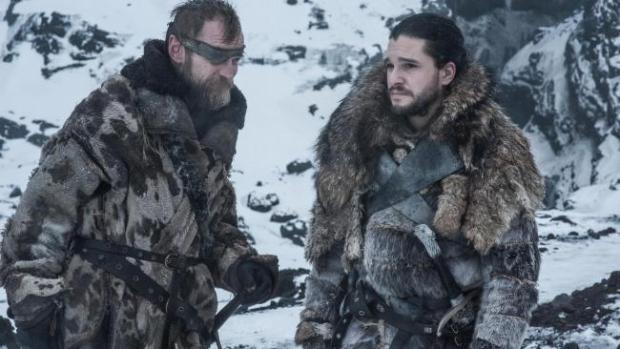 Even though, in the books, Jon Snow hasn’t yet been resurrected, George RR Martin kicked off this fan theory in an interview.

“Poor Beric Dondarrion, who was set up as the foreshadowing of all this, every time he’s a little less Beric. His memories are fading, he’s got all these scars, he’s becoming more and more physically hideous, because he’s not a living human being anymore. His heart isn’t beating, his blood isn’t flowing in his veins, he’s a wight, but a wight animated by fire instead of by ice, now we’re getting back to the whole fire and ice thing …” Martin said.

So, if Beric is a fire wight then it follows that Jon is also a fire wight, given he was brought back to life in the same way.

That is obviously a huge thing but the key phrase in that interview may turn out to be “Beric was set up as the foreshadowing of all this …”
Because, in the books, Beric doesn’t make it to the north. He gives up his resurrected life to bring back Catelyn Stark from the dead as Lady Stoneheart.

So, if his fate foreshadows Jon Snow’s, then it follows that Jon Snow will give his (resurrected) life to bring back another.

This could mean that he is indeed Azor Ahai, the Prince That Was promised, meaning he has to kill Daenerys Targaryen to create Lightbringer, the sword destined to destroy the Night King. Then he will defeat the Night King — and give up his life to bring back Daenerys. 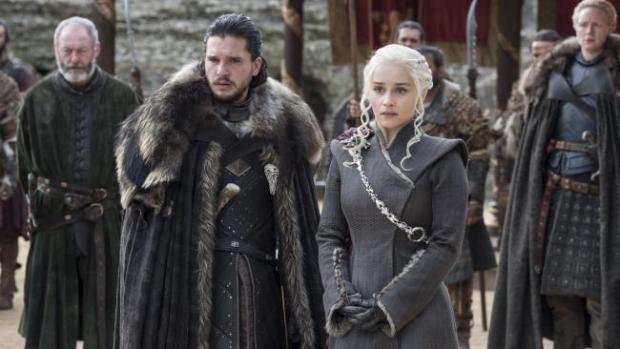 Here at Game Of Moans, we suspected that the Azor Ahai was actually Dany, because having her battle the Night King with swords would be far more dramatic.

Yet, if we look at the fire wight fan theory, it appears it has to be the other way around. And it would give us the “bittersweet” ending that Martin promised.

The books may well still end that way.

But, a new HBO video on the making of the famous season seven scene where the dead Viserion was brought back to life has given us a strong hint that things might be different on the TV show.

This episode was amazing but, here at Game Of Moans we had some issues with the way it played fast and loose with the wight rules.

You can read that HERE:

Now the behind-the-scenes video reveals that showrunners David Benioff and Dan Weiss did not have a script for director Alan Taylor during the discussion.

That could well explain why it broke so many rules.
But the episode also showed us that, in the TV show at least, fire wights are not the same as ice wights. If you kill a White Walker, it destroys the wights it brought to life. But Thoros of Myr died, the priest who resurrected Beric. And Beric is still alive and kicking.

That’s good news for Jon, given that Melisandre has announced she will be coming back to die.

But perhaps not good news for Dany, given it opens the door to the theory that Jon has only come back to life to defeat the Night King and will have to kill her first, then bring her back to life.

Yet there was one thing the video did not show us. Where the heck did the army of the dead get all those giant chains?

AshishNovember 8, 2017
Read More
Scroll for more
Tap
GET A GAME OF THRONES BTS LOOK AT ZOMBIE POLAR BEAR, FLAMING SWORDS AND VISERION
These Epic Posters Bring Out The Best Scene of Game Of Thrones Season 7 To Life.