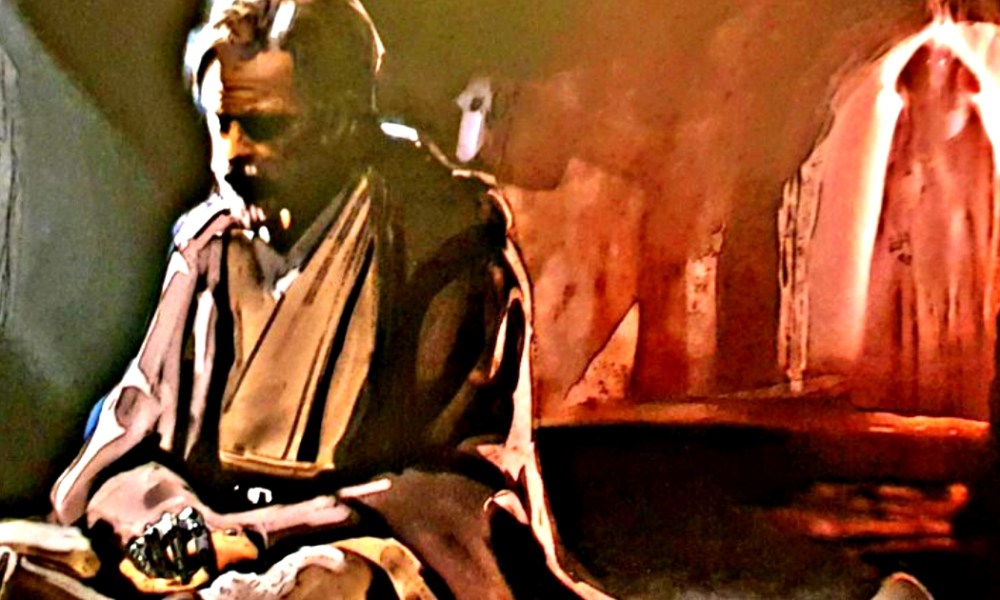 Luke Skywalker’s story arc in The Last Jedi has been incredibly divisive amongst the loyal Star Wars fans who apparently wanted something more from the character than what they saw on the big screen. But one of the more polarizing aspects of Luke’s story is the way that it ends, with several fans seeing the dark storyline as uncharacteristic for the Jedi Master and wanting to see the return of the hopeful Jedi. In a recent interview, director Rian Johnson took some time to explain the reasoning behind some of the choices that he made for the Luke Skywalker character at the end of The Last Jedi. There are major SPOILERS for The Last Jedi written below, so read ahead at your own risk.

While many fans did not enjoy the way that Luke Skywalker’s story ends in The Last Jedi, several enjoyed the callback to A New Hope with the return of the Binary Sunset theme. Those two suns were no accident. That final sequence was a challenge, however, for editor Bob Ducsay (Dobbu Scay). In an interview with the Huffington Post, Ducsay said that he felt that, although the scene was a challenge, the final cut was a success because it was both “nostalgic and hopeful.” He explains.

“It’s a purely cinematic scene. There’s no dialogue. There’s no action. It’s all emotion and character and figuring out exactly how to communicate to the audience what we want to communicate. We spent an enormous amount of time on it.”
The ending scene looks gorgeous and Mark Hamill’s performance is top notch, but it still left Star Wars fans wondering why Luke had to die. Rian Johnson also talked with the Huffington Post about his decision to kill off Luke at the end of The Last Jedi and it makes a lot of sense. Though Skywalker has lost hope in his self-imposed exile on Ahch-To, the character comes back as a beacon of hope for the galaxy, but in a way that many didn’t expect. Johnson explains.

“It does go back a little bit to what he said at the beginning (of The Last Jedi). “What do you think one guy walking out there with a lightsaber (can do)?” … The answer is: Create a legend that will spread hope. And once he’s done that, combined with the physical toll it’s taken on him, you can make the case that then there’s nothing more powerful that he could accomplish.”
Rian Johnson was not looking forward to filming the scene, but he knew early on that it had to happen. Mark Hamill was not looking forward to the day either, but both men can stand back and look at the scene with pride in knowing that they pulled off something that will stick in the minds of Star Wars fans for the rest of their lives, whether they like it or not. Rian Johnson set Skywalker up to be a legend and a beacon of hope for a new generation of Jedi and moviegoers. As far as the reasoning behind the way that Luke exits the movie, Johnson was a little more tight lipped, but did offer some information. He had this to say.

“I don’t want to get too explicit, because I like people being able to have their own interpretations, but I think definitely the act of what he does at the end literally just takes everything out of him. That’s a huge thing. Also … he’s having his final act be something of myth-making in a way.”
Rian Johnson created a new myth for Luke Skywalker that doesn’t have the character resting on his laurels from something that he did 40 years ago. The choice was hard, but Johnson pulled it off and now it will be up to J.J. Abrams to see if Mark Hamill makes a return to show up as a Force Ghost for Star Wars 9. Regardless, Luke Skywalker’s legend will hang over the next movie as the Resistance begins to rebuild. Last Jedi is still doing big business in it’s forth weekend of release, though Chinese audiences aren’t really supporting the movie as it opened there this past Thursday.