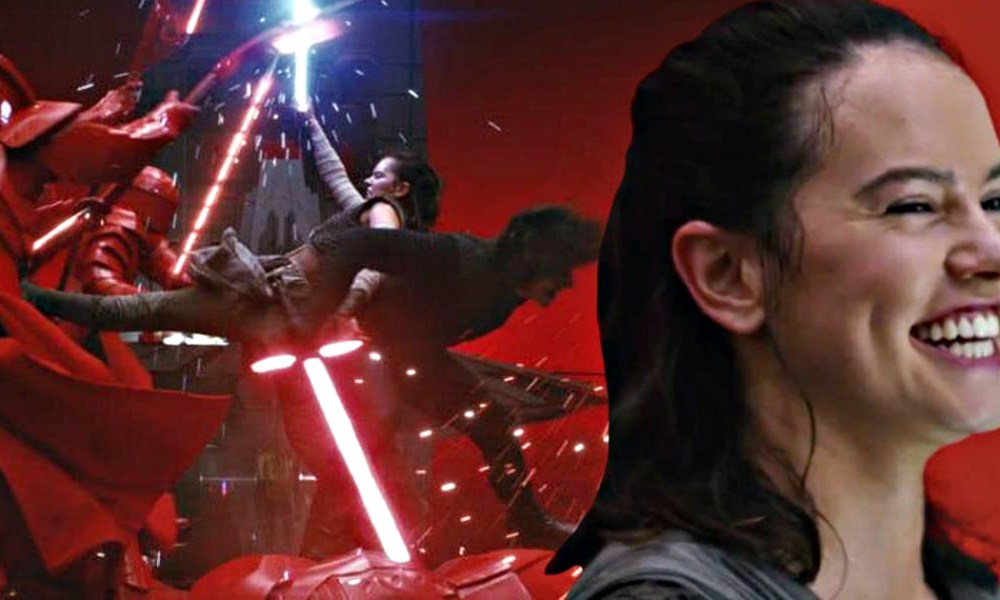 The hype behind Star Wars: The Last Jedi may be dying down a bit, but the fan edits are just getting started. One particularly creative fan has decided to set Rey and Kylo Ren’s infamous throne room fight scene to some classic hit songs, and the results are pretty spectacular.

The confrontation in Supreme Leader Snoke’s all-red throne room may ultimately go down as The Last Jedi’s most infamous scene. In it, Rey turns herself over to Kylo, who then brings her to Snoke for questioning. After Kylo is charged with executing Rey, he decides to betray his master, cutting the Supreme Leader in two. Snoke’s personal guard then charge at the two Force users, igniting the best lightsaber battle the Star Wars saga has seen in years.

The scene killed off the new trilogy’s presumed big bad one movie earlier than expected, a move that certainly ruffled a few feathers with fans who wanted to learn more about the mysterious Snoke. The fight scene that followed was undeniably awesome, however, as Rey and Kylo mowed through the Praetorian Guard with brutal precision. A series of new fan edits by Twitter user @rachlikesbands dials the fun up to eleven, setting the scene to classic hits like “The Chain” by Fleetwood Mac and “Footloose” by Kenny Loggins, as well as contemporary chart-toppers like “Mr. Brightside” by The Killers and “Starships” by Nicki Minaj. We’ve compiled a few of our favorites below, but be sure to head on over to @rachlikesbands’ Twitter page to check out the dozens of creations that have been put together. 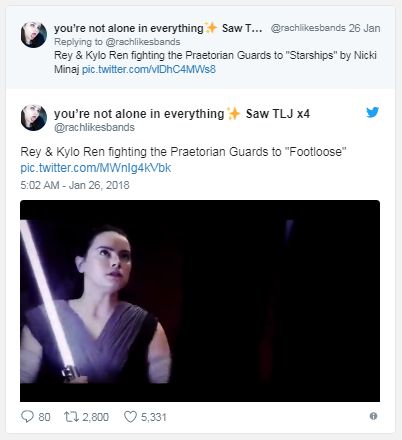 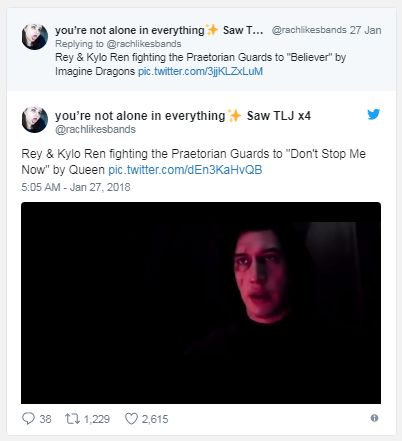 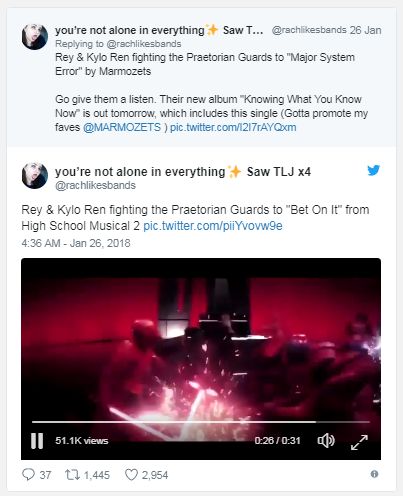 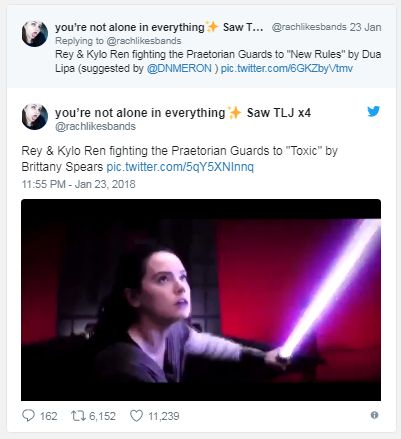 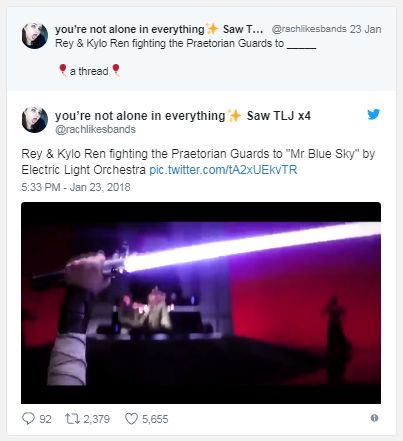 Again, the videos above are only a small portion of the edits made thus far, and the hits are still pouring in. As of this writing, @rachlikesbands is still posting updates, and it looks like requests are being taken as well. Several other Twitter users are getting in on the act as well, with edits featuring Led Zeppelin’s “Immigrant Song”, “Can’t Stop” by the Red Hot Chili Peppers, and “Danger Zone” by Kenny Loggins emerging as standouts. Any day in which we get to mention Kenny Loggins multiple times in an article is a damn good day in our book, but when Zeppelin, Fleetwood Mac, and Zac Efron come into play, it’s basically a dream scenario.

So if your Friday night was looking a bit uneventful, head on over to Twitter to see if your favorite tune has made the cut. And if it hasn’t, be sure to put in a request!