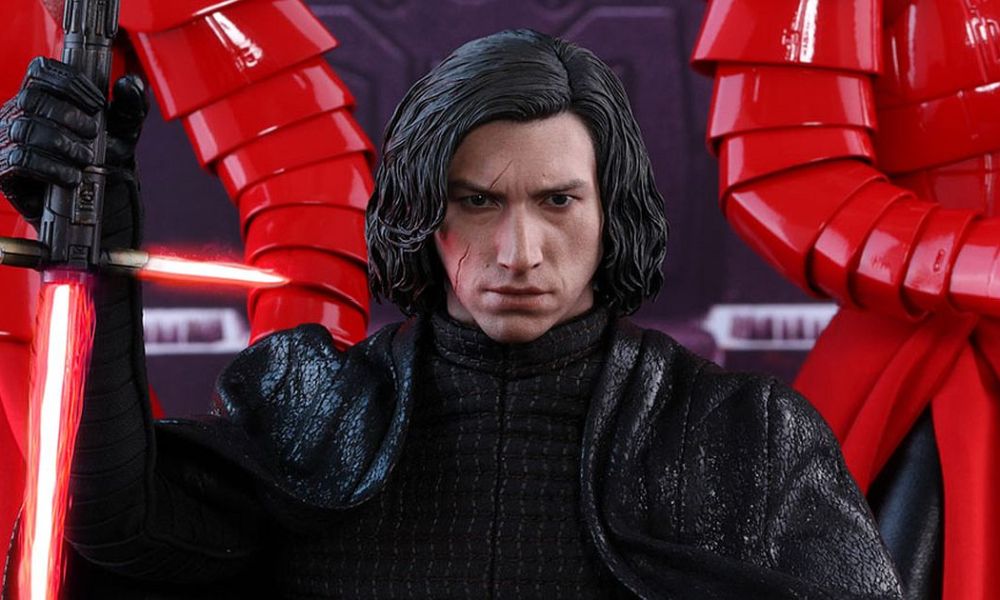 This article contains spoilers for Star Wars: The Last Jedi.

One of the most shocking twists in Star Wars: The Last Jedi is Kylo Ren’s betrayal of Supreme Leader Snoke, a move that makes him a Sith in all but name.

After Ben Solo brings Rey to his master, she is defiant of the Supreme Leader, and so Snoke orders Kylo to kill her. Instead, Kylo uses the Force to ignite Rey’s lightsaber, which is sitting on the arm of Snoke’s chair, cutting the Supreme Leader in half. After working with Rey to fight off the Elite Praetorian Guards, Kylo decides to take his place as the head of the First Order, and asks his new companion to join him so they can rule the galaxy together.

As Kylo tries to turn Rey to the dark side, he tells her, “Let the past die,” imagining a future where neither Luke or Snoke have influence over them. With this, Kylo seems to imagine that he’s beginning a new age of Force wielders, but ironically, he is following in an ancient Sith tradition. 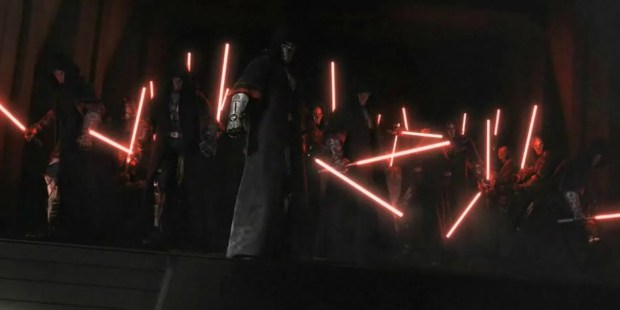 It’s worth noting that Kylo Ren and Supreme Leader Snoke are technically not Sith, but at the same time, the pair of dark Force users seem to follow a number of key Sith attributes: they use the dark side of the Force; they want to destroy the Jedi Order and Luke Skywalker; they uphold Darth Vader as an idol. Most importantly, their relationship seems to follow the Master-Apprentice relationship of the Rule of Two. While there are other Knights of Ren, the sequel films have focused on Snoke and Kylo Ren specifically as a master and an apprentice.

The Rule of Two mandates that there are only two Sith at any given time: Master and Apprentice. Before the Rule of Two, the Sith functioned somewhat like the Jedi Order, at least in that there were many Sith. However, instead of working together collaboratively, there was such a degree of in-fighting among the Sith that they threatened to destroy themselves. Darth Bane introduced the Rule of Two so that the Sith could use their greed to become more powerful instead of less powerful. Since Bane, there have always been only two Sith at a time (although they sometimes have secret apprentices or Force-wielding subordinates).

The relationship between Master and Apprentice is the cornerstone of the Rule of Two: the Sith Master has power, while the Sith Apprentice craves that power. As a result, the learner is constantly trying to become stronger than their teacher. When a Sith Apprentice becomes powerful enough, they kill their Master before taking on an apprentice of their own, beginning the cycle again.

The Rule of Two is illustrated in both the prequel and original trilogy. Darth Sidious is an incredibly powerful Sith Lord, and he outlives (or really, survives) a number of his apprentices, including Darth Maul and Darth Tyranus. He pits Tyranus against Anakin Skywalker, and watches as Anakin kills Tyranus. Similarly, in Return of the Jedi, Palpatine pits Darth Vader and Luke Skywalker against each other in a similar manner. Ultimately, Darth Vader ends the dynastic chain of Sith Lords when he kills his Master Palpatine and returns to the light side of the Force before dying from his wounds.

As you can see, Ben Solo’s defiance of the Supreme Leader places him in a long history of dark apprentices who murdered their masters. Instead of defying history, Kylo follows through with it, the only distinction being he’s in need of an apprentice.

Kylo may not have been a Sith under Supreme Leader Snoke, but his rise to power may symbolically signal a return to the ways of the Sith Order. As much as many are expecting Star Wars Episode IX to be about Rey’s new Jedi, it could also be an opportunity to explore the rise of Kylo Ren’s Sith Order.

AshishDecember 31, 2017
Read More
Scroll for more
Tap
The Surprising Use of Luke’s X-Wing in ‘Star Wars: The Last Jedi’
Alec Guiness Detailed How Much He Hated ‘Star Wars’ in 1976 Letter