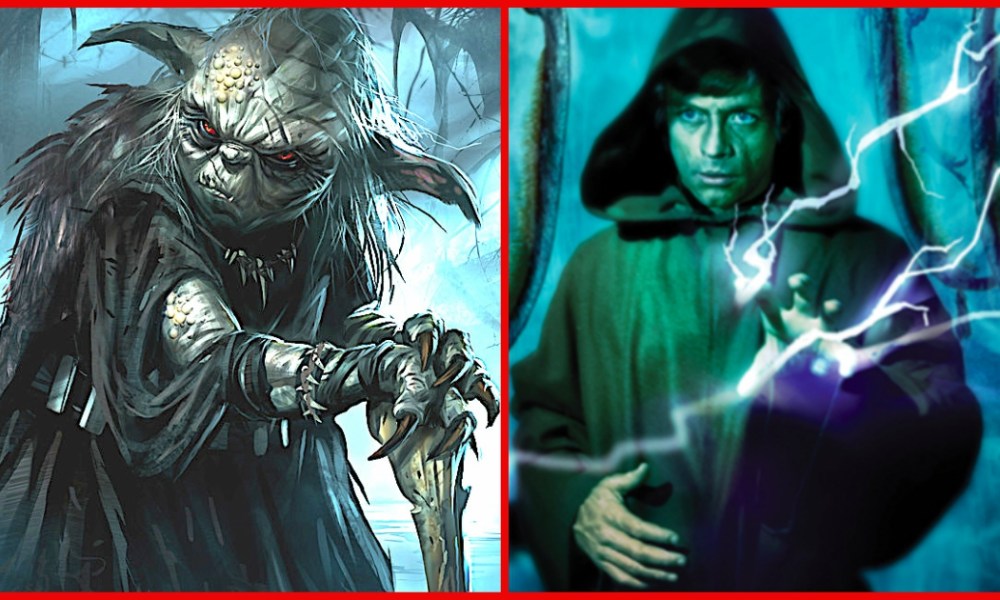 It started off pretty simple—there was a young man who wanted to become an agent of good, like his father before him. He would use a mystical energy known as “the Force” to become powerful enough to defeat darkness. Once he did, the universe would be restored to its balanced state, freedom would spread throughout the galaxy, and all would be well.

But you know what? Balance is not good triumphing over evil. Balance is balance. The seesaw doesn’t tip in either direction here, so… what does that mean for Star Wars? Well for one, it may be time to reevaluate everything that we know—or think we know—about the nature of that galaxy far, far away.

While George Lucas may have based the general outline of Star Wars on western mythology, the Force itself resembles faiths and spiritual ideas from all over the world from Zen Buddhism and Taoism to audio fragments from an Arthur Lipsett film in 1963. These inspirations lead to a phrase that we hear often in Star Wars canon—“so-and-so will bring balance to the Force.” Yet we’re not encouraged to actually explore what that might entail.

For the record, Lucasfilm has stated officially (in the Power of the Jedi sourcebook) that the “correct” philosophy where the Force is concerned is the one held up by the Jedi Order in the prequels. It’s an awkward insistence at best since 1) this has not been confirmed in any other licensed material, 2) there are a plethora of fascinating perspectives on the Force that have been explored in the Expanded Universe novels, and 3) this sends a lot of poor messages where the Jedi are concerned, especially when you take into account their horrible handling of, well, everything in those three films.

So let’s actually consider how the Force seems to operate in the Star Wars universe. We have a special form of energy that only certain sensitive creatures are capable of using. It allows the manipulation of objects, minds and, in certain cases, matter (i.e. you can create life at a certain level of mastery). Understandably, different groups emerged with different perspectives on how to use this energy and what its purpose was. The two most prominent sects in Force philosophy were the Jedi and the Sith. The Jedi were motivated by compassion, order, and a pursuit of peace. They believed that the Force had a dark side and a light side, and that pursuing the light side was keeping the Force in its natural state.

The Sith were practitioners who embraced the dark side of the Force, the side most commonly associated with anger, fear, and hate. It is important to note that the Jedi are the most insistent that the dark side works primarily on these emotions. However, the more interesting differences between the Jedi and the Sith lies in how they choose to operate the Force: the Jedi prefer to keep in contact with the Force occupying all living things, to draw on the natural world and use it to their advantage.

The Sith are more concerned with cultivating internal energies, focusing on personal power and passions. Rather than anger and hate, it would be more correct to say that the dark side is predicated on selfish pursuits, or more interestingly on emotions at large. Sith seek to gain status and control their surroundings, while the Jedi seek to use their powers for the benefit of others and attain peace in place of emotion.

That sounds like the nobler endeavor, but the problem with the Jedi boils down to one word: order. Once you establish something as an order, rules and regulations are needed to give it structure. It would have been beneficial if the Jedi were simply “Random Acts of Kindness Agents,” helping those in need and offering a friendly hand, but once they had existed as an organization for long enough, they were simply folded into a galactic chain of command, as it were. They were called on at the behest of the largest government, involved heavily in politics, and they needed numbers to grow so they could properly handle the demand for their services.

Which is where the whole “taking babies from their parents to train them in the Jedi Way” thing started. No matter how you slice it, that’s one practice that never made the Jedi look good. While it’s understandable that you would want to start those kids early and get their brains ready for the harsh realities of the peace-keeping life, making it mandatory without consulting the child or parents in question is basically sort of brainwashing. Even if you and your compatriots are on the so-called side of goodness.

There are fascinating co-philosophies at work within the Star Wars galaxy. When the movie prequels came out, accompanying material stated that Qui-Gon Jinn and other Jedis were proponents of the “Living Force,” choosing to focus on the moment and let all living energies inform their decisions.

The concept of the Force was developed further in the Expanded Universe books, where believers in the “Unifying Force” did not adhere to the notion that the Force had sides, imagining that the Force was a deity-like entity that did not judge actions or living beings to be good or evil, and focused on the future to connect with that what was meant to be. Interestingly, Yoda himself was concerned with future-gazing, though he did not seem to hold with any other beliefs associated with the Unifying Force philosophy.

How are we supposed to parse out this web of moralizing? It’s fair, perhaps, to claim that the Jedi are “more right” than the Sith in their views of the universe, but that does not make up for their myriad of errors in execution. Anakin Skywalker was believed to be the Chosen One as decreed by a prophecy. Because the Jedi believe that the elimination of the dark side equates to balance, the hope was undoubtedly that Anakin would bring the Sith out in the open and allow for their elimination. He failed to do that entirely, destroying the Jedi Order down to the last youngling. (Ouch.)

Unless you take the actions of Luke and Leia into account. In which case, Anakin Skywalker did manage to bring balance to the Force—by virtue of his children. His children who were not supposed to be born according to Jedi doctrine, because Jedi were not supposed to fall in love, get married, and have babies. Hello there, shaky ground.

That ground gets even shakier when we examine what leads up to Luke’s near-death and Vader’s change of heart. Luke goes against practically everything that he is told by Obi-Wan and Yoda; he leaves Dagobah with his training incomplete, he confronts Vader before he’s ready, he cares too much about his friends. Yoda and Obi-Wan are still operating on the old system, acting secretively and deciding what is right for their pupil to know. Luke ultimately proves them wrong, in more way than one: his defining moment comes out of a fall, an unintentional surrender to anger and pain, which then allows him to see where those emotions would lead him. Without that final duel between himself and Vader, Luke would have no basis for understanding what the dark side would demand of him.

Vader would not then, in turn, have been faced with the prospect of losing his son, the tipping point that allowed him to destroy the Emperor. (I won’t say that Vader was brought back to the light side or the Jedi Way because I’m not sure he was; Vader acted out of deep personal love and selfishness to keep his child alive, at opposition with the Jedi Code and the “correct path” for light side users according to the doctrine set down by the original Jedi Order.)

Which makes one curious: if the Jedi Order was training the initiated from infancy, breeding out any opposition or understanding of darker emotions, how did it manage to survive as long as it did?

More importantly, is it possible that “balancing the Force” actually included the annihilation and rebuilding of the Jedi Order? It gives pause when you note that Luke eliminated more than one of these ideological tenants when he reestablished it. His Jedi get married, consider new ways of using the Force, argue their purpose, and have complex personal relationships with their teachers and everyone they know. Luke advocates different paths for different Force users and acknowedges that the Force may not have sides—it’s people who do. It may not be a “better” way, but it is a more realistic way of expecting Jedi to function. Probably a psychologically healthier one, too. And you can’t make the argument that “he lets them have relationships because Jedi need to make tiny Jedi” because we already know that the Jedi themselves didn’t allow that, and still had plenty of kids to nab from their cradles.

Luke seems to instinctually understand the need to keep his knights away from government, and though certain factions of his own Order go against his wishes from time to time, he has continually been able to prevent the Jedi from being pulled into the ranks. And perhaps that is another factor of the balance that Luke (and eventually Leia, once she completes her training) provide. In the long game of the Force, history will always repeat itself, but that in itself is the nature of the Force—what it should be used for, and who understands the correct manner in wielding its power will be debated until the galaxy implodes.

What does this mean for the Star Wars universe? Well, on a scale of chaos to order, I’d put it in solidly neutral territory. Maybe the Force takes good and evil on a larger scale than we can comprehend. It’s entirely possible that the light side and the dark side don’t matter as much as we’re led to believe. It’s possible that the galaxy is a little more complicated than that.

And considering that we occupy a pretty complicated world ourselves, it’s nice to see Star Wars reflect that — even if you have to do a little digging to make sense of it all. 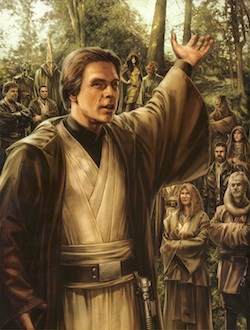