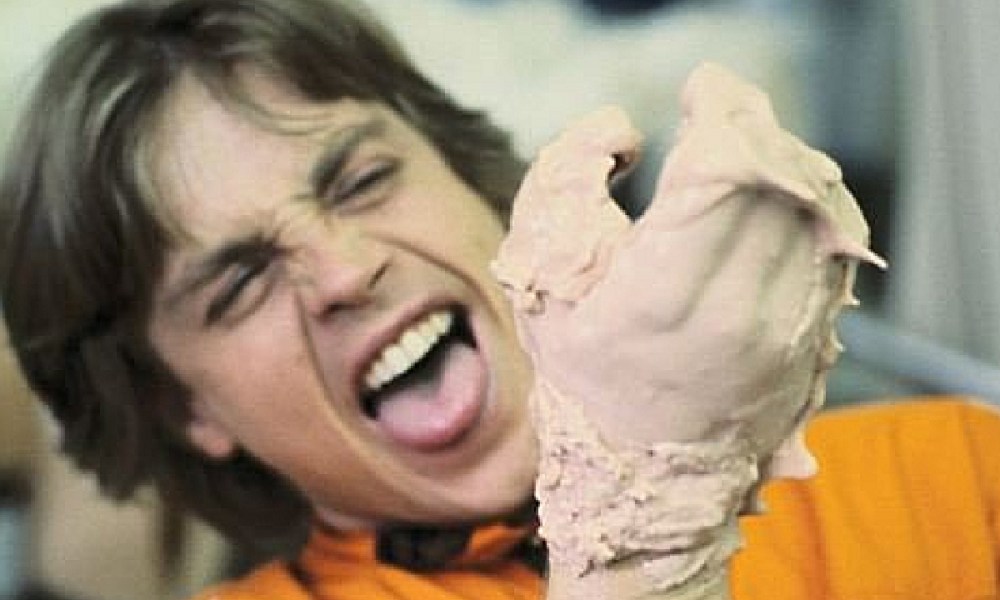 Hard to imagine but believe it or not, Star Wars didn’t have a plush platform to be brought up on. The studio wasn’t very supportive and the special effects were thrown in using discarded plans, toy kits and old dolls! You’d be surprised to know that a lot of things that propelled Star Wars to fame was actually accidental.

Take a look at these 5 accidents and marvel at them;

Being one of the most loved sequences, the Meridian Trench wrapping around the Death Star is still what many dream of. Surprisingly, this concept was made by Colin Cantwell who was one lazy gentleman.
Cantwell built concept models which George Lucas held in his hands and studied them with ease. The Death Star was Cantwell’s baby but the problem was that the material from which it was made had a tendency to shrink. This resulted in the two dome-shaped halves not meeting up in the centre and leaving a gap.

Since filling the gap would mean extra work, Cantwell called up Lucas suggesting that he re-write the scene of the final battle including the gap as part of the original script. The gap/ ditch was meant to add thrill to the sequence of the battle where the Rebel pilots would dive and zip their way through. What a battle it was! Commendable till date.

Lorne Peterson was brainy enough to look for jiffy alternatives in sculpting tiny versions of Luke and Obi-Wan. He simply took two Steve Austin action figures and clothed them in their robes after mildly disguising them. This worked brilliantly since the shooting was done from a distance and for a short while. The prop was very effective and very much Luke and Obi-Wan!

Kitbashing is another technique which was highly popular when it came to giving special effects. It comprises of plundering model tanks and model military aircraft for hi-tech-looking plastic pieces which are then glued together to make an even better and far superior model.Recalling the “Return of the Jedi,” an entire X-wing model was used off the shelf!

3. Cheap and Poorly Painted Plastic was used as the Stormtrooper Armor

The fact that some props look very dull, drab and cheap isn’t new. Take a closer look at Stormtrooper’s costumes in the first two films and you’ll understand what I’m talking about.Incidentally, Andrew Ainsworth was the man behind this costume and he was, by profession, hold your breath, a man who made fish ponds and canoes! The Stormtrooper’s helmets were made from polythene plastic of high density which had a greenish tinge.

To do away with the tinge, Ainsworth bombarded the helmets with white automotive paint and presto, you now had white helmets! The quality however, was poor.It was in “The Empire Strikes Back,” that new helmets were used, oh wait, were they? Nope, the old helmets were reused with a fresh coat of paint. Talk of being pathetic!
Finally, new helmets were used in “Return Of the Jedi ” but in these, the right side of the mould collapsed giving the Stormtroopers an assymetrical face. Ouch!

Since time and money saving were the two most precious things in Star Wars, recycling helped in saving both. Andrew Ainsworth reused armor models, mixed them and created a range of new helmets for various characters.The AT-AT driver helmets are in fact, TIE pilot helmets painted in a light shade of gray. Also, Rebel troop’s helmets are identical to Death Star’s. It’s just that they are painted white and are without the face shield, also add to this list, the CZ droid has C-3PO’s legs! It’s funny, but fans of Star Wars have made a game which aims at figuring out the number of times bounty hunter IG-88 has been reused as a background prop!Cycling, cycling, recycling everywhere…

1. Original “Millennium Falcon” Was Repurposed For A Little Part

Initially, the “Millenium Falcon” resembled the “Eagle” which featured in “Space: 1999.” Once the similarities between the two had been established, “Millenium Falcom” had to be redesigned.Since the designers didn’t want to start from scratch, they simply made a few changes for scale and rechristened it “Tantive IV.” This was one of the largest and intricately detailed models of “Star Wars.” It’s duration on screen was for barely thirty seconds.In actuality, Star Destroyer is a dwarf in comparison to the 6 foot Tantive IV but the difference is impossible to tell thanks to the gimmicks in Hollywood.