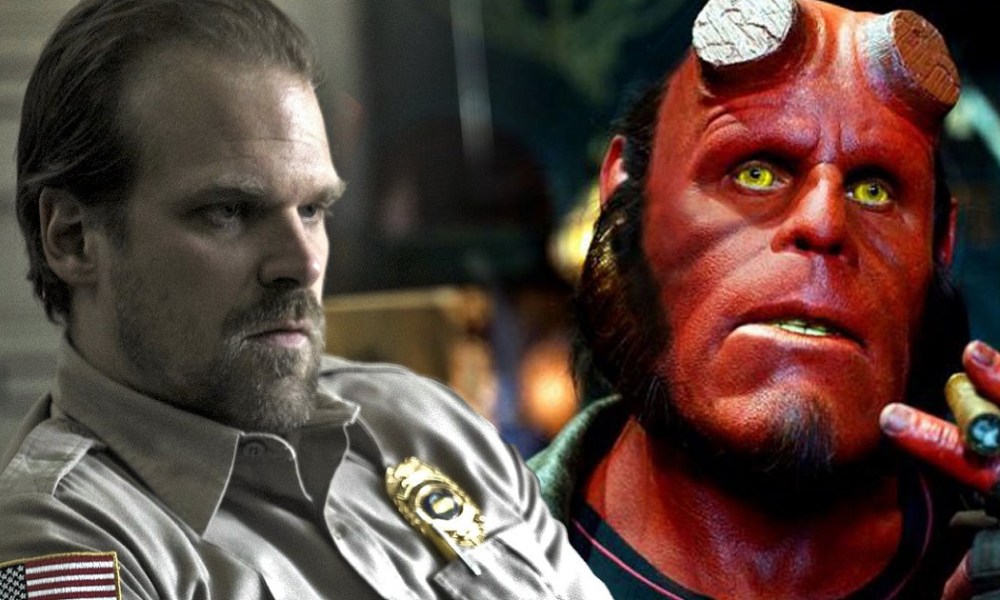 Hellboy star David K. Harbour is describing the upcoming movie reboot featuring Mike Mignola’s comic book creation as a “dark and scary” monster movie. Harbour, no doubt, had a big year, most recently reprising his role of Chief Hopper among a gifted ensemble cast for season 2 of the critically acclaimed Netflix series Stranger Things. But it was surprising announcement by Mignola in May that put Harbour’s name up front and center when the comic book scribe said that Hellboy was getting an R-rated reboot with the imposing and charismatic actor in the title role.

Right from the beginning, it was clear that Mignola was intent on making a Hellboy film decidedly different than the two big screen chapters director Guillermo del Toro helmed with 2004’s Hellboy and 2008’s Hellboy: The Golden Army (starring Ron Perlman as Big Red). With Game of Thrones director Neil Marshall tapped to helm the project, Andrew Cosby was brought aboard to adapt the screenplay, and he immediately promised that the Hellboy reboot would be “darker” and “more gruesome” than del Toro’s movies.

Judging from Harbour’s latest thoughts on the film, apparently everything is going according to plan. In an interview with Variety at the Dubai Film Festival, Harbour chatted about the tone of the project — which went into production in the fall — and how it differs from other modern-day superhero movies. First comparing the mythos of today’s superhero movies to that of ancient Greece where they had “Agamemnon, Achilles, and Cressida,” Harbour says he “wanted to be involved in that conversation,” but in a different sort of way. Much like Logan and Deadpool, Harbour wanted Hellboy to be dark. He says:

“These movies have been of a certain brand. With Deadpool and Logan, they are trying to do different things. So we are trying to do our own brand of that. I was really excited by that concept — to make a real monster movie that’s dark and scary and about the end of the world.” 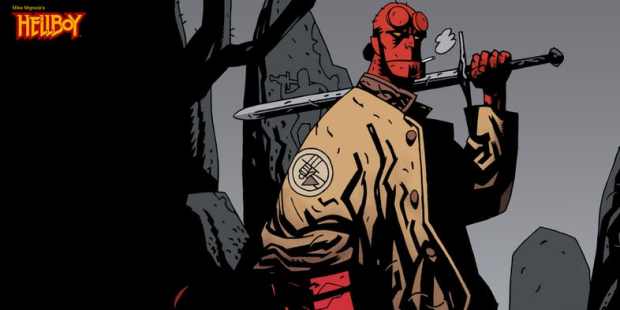 While del Toro’s Hellboy films didn’t have any shortage of monsters, clearly Mignola, Marshall, Cosby and Harbour are taking a much different tact with the 2018 reboot. The R rating will certainly open up a new realm of possibilities to explore some darker and grittier themes, and the playful tone that helped define del Toro and Perlman’s films appears to be a distant memory. Also adding to the intrigue is Harbour’s discussion about the Hellboy film with Screen Rant at San Diego Comic-Con, where he said the film was a character piece and the model for it was Shakespeare, noting, “it’s very much like Hamlet in a certain way.”

Fans will find out just how heavy Harbour’s Right Hand of Doom will be in a little over a year when the film finally hits theaters. But for the time being, the prospects for the Hellboy reboot sound promising, and for the lack of better words, monstrously entertaining.