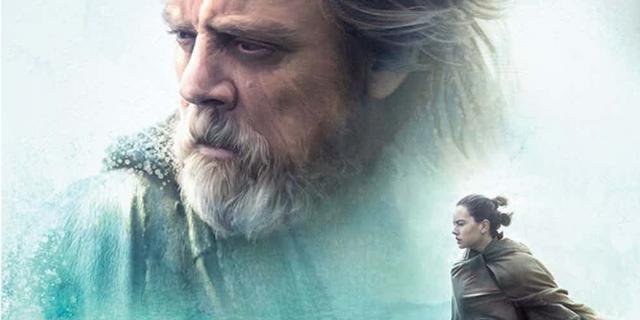 The always candid Mark Hamill — best known for his role as farm boy turned Jedi Luke Skywalker in the Star Wars saga — admits in a new interview with the New York Times that while he tries not to debate with the filmmakers over the franchise’s bigger decisions, he couldn’t help but be opinionated when it came to the portrayal of the self-exiled Jedi Master as seen in Star Wars: The Last Jedi.

“That’s the hard part,” Hamill said. “You don’t want to admit how possessive you’ve become. There are times where you go, ‘Really? That’s what they think of Luke? I’m not only in disagreement – I’m insulted.’ But that’s the process and you thrash it all out.”

Hamill returned to the Star Wars universe on the big screen in 2015’s Star Wars: The Force Awakens, where Luke controversially served as a MacGuffin: Luke appeared briefly in a Force vision seen by new trilogy lead Rey (Daisy Ridley) before the Jedi-to-be came face-to-face with the reclusive Skywalker in the final moments of the movie, with Hamill not getting to utter so much as a single word.

Hamill, who told the Times he’s “more prominent in this one,” will get much more of a focus this time around courtesy of writer and director Rian Johnson, who took over duties from J.J. Abrams (who will next step back into the director’s chair for 2019’s Star Wars: Episode IX). 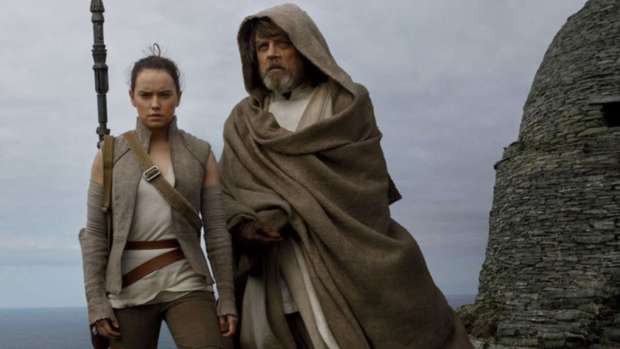 “I told him, everyone is going to be leaning forward for your first words in this,” Johnson said. “Obviously, Mark came into this one with higher expectations for what we do with the character.”

Hamill made headlines earlier this year when it was reported he “fundamentally disagreed” with the direction Johnson took Luke in The Last Jedi, and again when he clarified those comments: “I got into trouble because… I was quoted as saying to Rian that I fundamentally disagree with everything you decided about Luke, and it was inartfully [sic] phrased,” Hamill said. “What I was surprised at [was] how he saw Luke. And it took me a while to get around to his way of thinking, but once I was there, it was a thrilling experience. I hope it will be for the audience, too.”

The actor isn’t upset about his diminished role in The Force Awakens, acknowledging “it’s not about us anymore,” in reference to the Original Trilogy’s trio of Luke, Han (Harrison Ford) and Leia (Carrie Fisher). Even with The Last Jedi putting more of a focus on Luke — the grizzled Jedi features in all of the trailers, posters and ominous theater displays — Hamill said the movie isn’t about Luke. 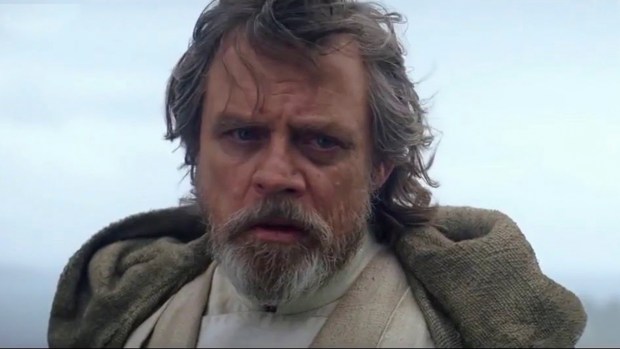 “In this new one, I was saying to Rian Johnson: I need to know my backstory,” Hamill noted. “It was kind of unclear. You read where he is now and what he’s doing now and sort of have to fill in the blanks for yourself. So I did do a backstory myself. It’s not about Luke anymore, so it’s not really important. But I had to make sense of it for myself.”

The Last Jedi will continue to hand the reigns to orphaned scavenger Rey, who has sought out the legendary Skywalker to fulfill her pending Jedi training. Though the promotional materials do show Rey engaging in Jedi training, fans should perhaps consider heeding the warning placed by Luke in the most recent trailer: “This is not going to go the way you think.”