It’s a new year, the mega-blockbuster Avengers: Infinity War is just a few months away, and convention season has kicked off with ACE Comic Con in Glendale, Arizona this weekend.

The Marvel Cinematic Universe made a splash in the American Southwest this weekend as superstars Chris Evans, Anthony Mackie, and Sebastian Stan made an appearance at the con, with all three holding a panel to talk about their time — and future — in Marvel Studios’ MCU.

Before too long, the actors were asked if they could name on person who acted in a mentor role to them. Evans was the first to speak up and his answer isn’t all to surprising.

“It’s low-hanging fruit to say [Robert] Downey,” Evans stated when asked which co-star might resemble a mentor to him during his time in the Marvel Cinematic universe. “He’s such a wonderful guy and is so talented, so experienced, and so supportive.” 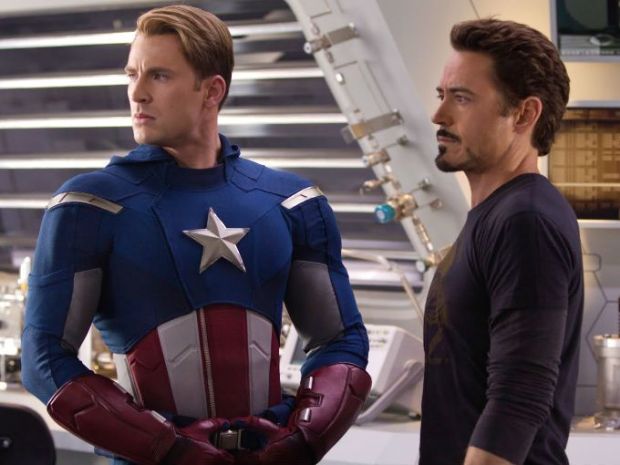 Evans didn’t stop there, he went on to explain how genuine of a guy Downey Jr. was not only to himself, but everyone else on set.

“He’s always been in my corner and I’ve always felt supported by him. He really brings everybody in to the group and makes sure everyone feels welcome, especially on this last one,” Evans said about his time with Downey Jr. on the set of Avengers 4.

It’s almost been a full ten years since Downey Jr.’s version of Tony Stark kicked off the Marvel Cinematic Universe with John Favreau’s Iron Man in 2008. And Evans knows that Downey Jr. is an integral part of the movie universe as it stands today.

Evans then went on to explain that during the filming of the past movie they’ve both been in — the still-nameless Avengers 4 — Downey Jr. went out of his way to make sure everyone felt included.

“He really just opens his arms and it sounds so cheesy, but he makes it a family and none of this would happen without him.”