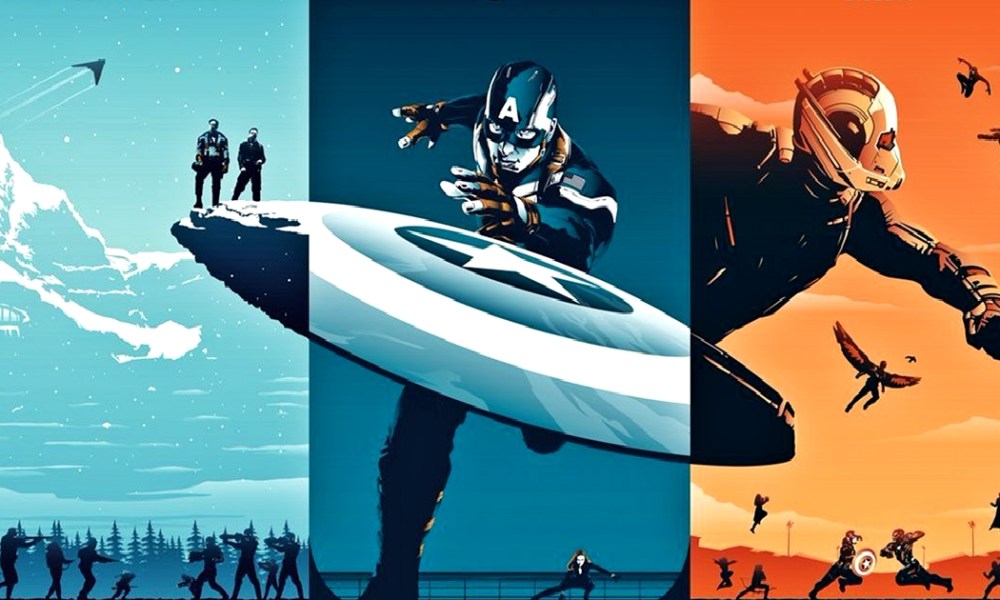 The Marvel Cinematic Universe nostalgia is too real right now, as fans head down the road toward the epic event that is Avengers: Infinity War. Since 2018 started there have been so many great retrospectives, blueprints for MCU marathon events, and fan-inspired odes to the decade-long saga that’s unfolded, and today brings something new and great, as well!

This pastiche poster for Captain America’s standalone trilogy in the MCU was done by French graphic desinger Julien Rico Jr. In his tweet, Rico had this to say: “
After @thorofficial, here is my new triptych – entitled “Sentinel of Liberty” – dedicated to the #Marvel #CaptainAmerica films trilogy. I mainly based this work on the characters so I hope you will enjoy it as much as the last one. #Avengers” The reference is to his previous work on a Thor trilogy poster, which also wowed fans. Check that one out, below! 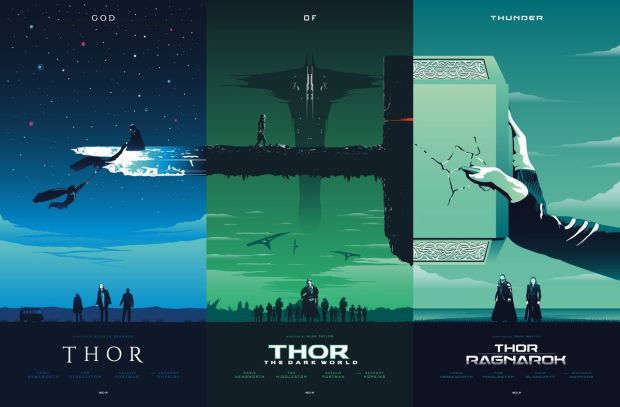 As stated, there is a clear wave of MCU nostalgia sweeping through the fandom right now, and we are loving it! Nothing better illustrates just what a massive accomplishment Marvel Studios has pulled off than seeing fans from all over the world find so many ways of highlight or reflecting on the collective journey that we’ve taken from then ’til now; all the growth and development of these characters in that time; and even all the exciting little tidbits from the past that might come back around in the future.