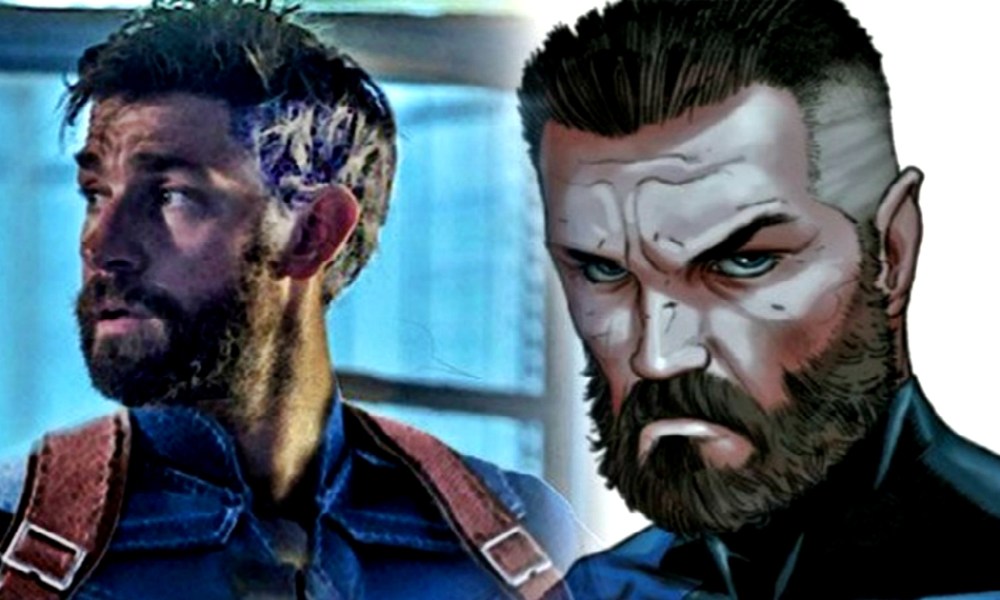 It seems there are many fans who would love to see John Krasinski as a Marvel hero, but little did you know he already owns the costume.

A new fan casting placed him in the role of Reed Richards, better known as Mr. Fantastic. The image they created makes a compelling case, and Krasinski had some fun the premise as well.

“Wait… how did you get this picture??? Only my wife knows what I wear to bed!”

Well then, seems we learned a lot now didn’t we?

Krasinski is talking about Emily Blunt of course, and by the comments, it seems fans would love to see her in the Fantastic Four as well. It’s not related in any way mind you, but there are also fans who want to see Rainn Wilson as Doctor Doom and Steve Carell as Galactus, and either of those would be amazing.

Okay, back to the topic at hand, this whole thing started with the image Krasinski shared, which was originally shared by Hank Campbell. Campbell is more than convinced that Krasinski could do the part justice, and would love to see him given the chance. “I own the first 300 issues of Fantastic Four but only bought them in runs after that (like Walt Simonson & Jon Hickman) and in decades I have never been happy with any FF casting except Chris Evans as Human Torch,” Campbell said. “But after 13 Hours, I know @johnkrasinski would nail it as Reed.”

13 Hours is the Michael Bay film that took on the events in Benghazi. Krasinski played the role of Jack Silva and delivered an incredibly well-received performance that showed a different side of the actor. He’ll soon be tackling the character of Jack Ryan in Amazon’s upcoming reboot of the Tom Clancy character, but if he’s got some time on his schedule why not suit up as part of Marvel’s first family?

The Fantastic Four have had a rough run of it at Fox, but now they are back under the Marvel umbrella thanks to the 21st Century Fox Disney deal, so fans are looking forward to seeing them introduced into the Marvel Cinematic Universe.