Star Wars: The Significance of the Gold Dice In The Last Jedi 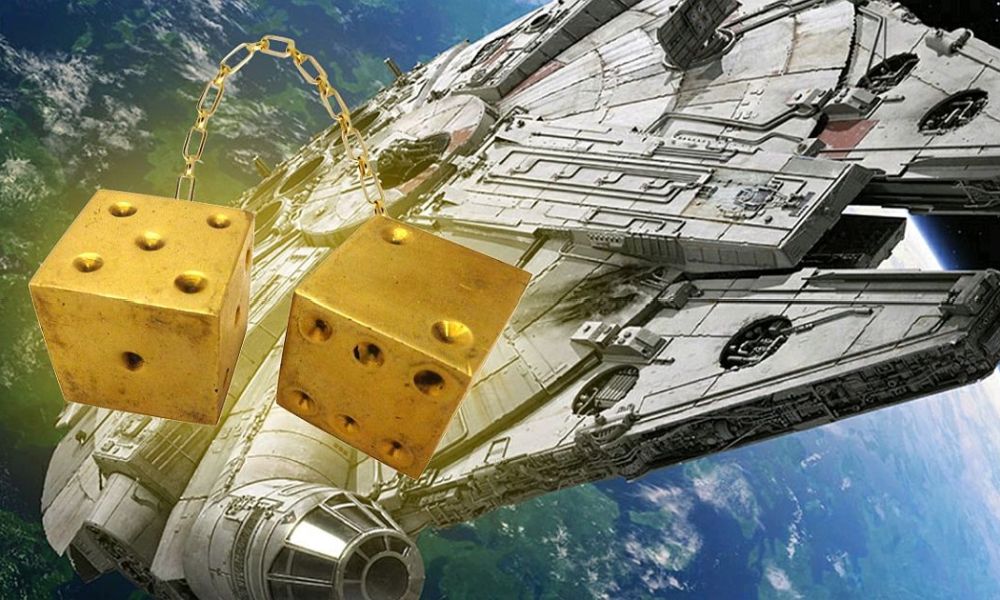 Star Wars: The Significance of the Gold Dice In The Last Jedi

A crucial scene towards the end of Star Wars: The Last Jedi involves a pair of golden dice, which have tremendous significance for longtime fans of the franchise. One of the riskiest moves J.J. Abrams made when directing The Force Awakens was to resist the temptation of bringing the original trilogy’s big three back together. After saving the galaxy from the clutches of the Empire, the familial bond between Luke Skywalker, Han Solo, and Princess Leia was forever fractured when Ben Solo turned to the dark side. Luke went into self-imposed exile to die after his failure, Leia led the Resistance against the First Order, and Han went back to smuggling with Chewie before fate intervened one last time.

As disappointing as this was, it made sense for the narrative. Holding Luke back until the final scene allowed Abrams to focus more on the new characters that will bring the saga across the finish line. Han dying before he had a chance to reconcile with his old friend helped underscore the tragedy of the event even more. Most of the fan base was willing to swallow this bitter pill, with the hopes that Luke wouldn’t remain in isolation for the entire sequel trilogy. Last Jedi writer/director Rian Johnson knew viewers wanted to see the Skywalker twins reunited, and he even found a way to bring the whole group together.

In Episode VIII‘s third act, there’s a moment where all hope seems lost. The surviving members of the Resistance are bunkered down in an old base on Crait, awaiting their deaths at the hands of the First Order. Then, magically, Luke appears, having one final moment with his sister before walking out on the battlefield to face Kylo Ren. In their brief conversation, Leia admits her son is truly gone, realizing Ben will never return to the light. As a reply, Luke says, “No one’s ever really gone,” and hands his sibling a pair of gold dice he retrieved from the Millennium Falcon while it was on Ahch-To. 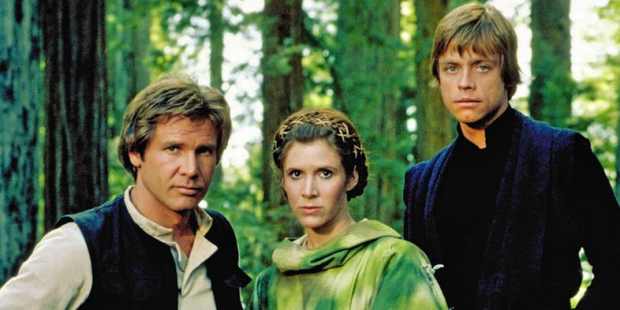 Star Wars aficionados know the dice belonged to one Han Solo, who used that exact pair in his famous sabacc game against Lando Calrissian, where he won the Falcon. After his victory, Han hung the dice in the ship’s cockpit for good luck and they stayed there for all these years. Previously, the dice were seen onscreen in the original Star Warsand The Force Awakens. It’s safe to assume they’ll appear once more in Solo: A Star Wars Story next summer, as the spinoff will depict the aforementioned Corellian Spike match between the two scoundrels. It would certainly be a missed opportunity if Ron Howard missed that callback.

Because of the dice, Johnson gave fans the catharsis of a big three reunion, from a certain point of view. This was not a traditional gathering of the trio, as only Leia was physically there on Crait. Luke was projecting himself via the Force from across the galaxy on Ahch-To, and Han was present strictly in a metaphorical sense thanks to the dice. However, there’s no denying that this is one of the most emotionally powerful moments in the entire saga, conjuring up memories of their numerous adventures in the original trilogy and providing a heart-wrenching close to the group’s story. Due to Lucasfilm’s storytelling decisions and real-life tragedy, Luke, Han, and Leia no longer have substantial roles to play in the saga. As sad as that might be, fans can take solace in the fact they got a farewell with each other at the very end.