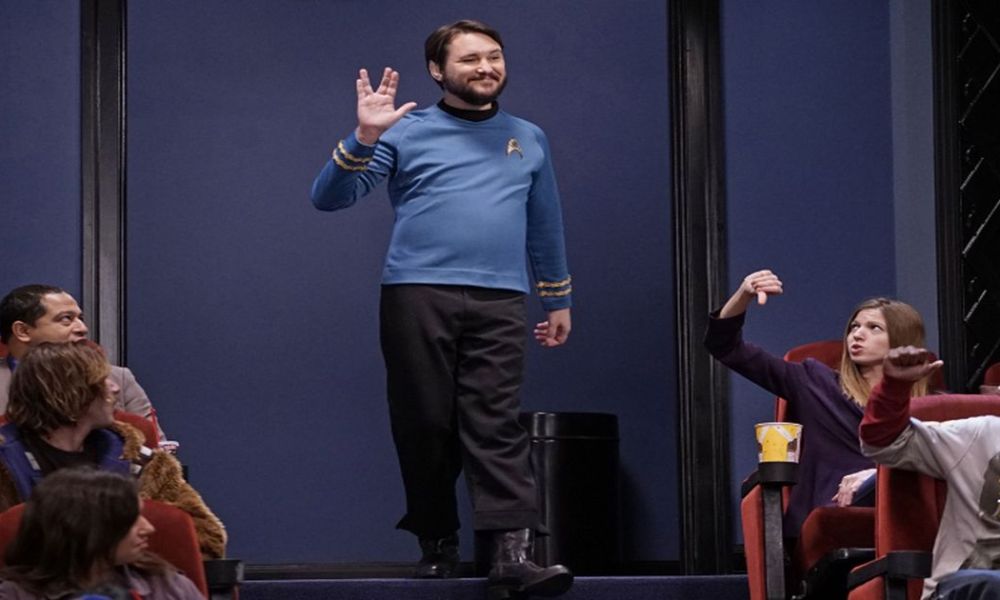 Star Trek: The Next Generation star Wil Wheaton decided to go a bit meta and a bit contrarian to the Star Wars: The Last Jedi.

Wheaton, who is known to fans primarily for playing Wesley Crusher on Star Trek: The Next Generation from 1987 through 1994, attending the premiere of Star Wars: The Last Jedi at the Chinese Teatre in Los Angeles and he decided to go in costume…just not the costume fans may have expected.

Wheaton showed up wearing Star Trek command gold with a Starfleet insignia emblazoned on his chest. Take a look below.

“I loved #TheLastJedi!,” Wheaton tweeted out after the premiere. “It hit all the right notes for me, and seeing it in the Chinese Theater, surrounded by my fellow nerds was glorious. The Force was with us.

“Oh, and I went in costume for the first time ever, because I am a damn adult and I get to decide what that means.” 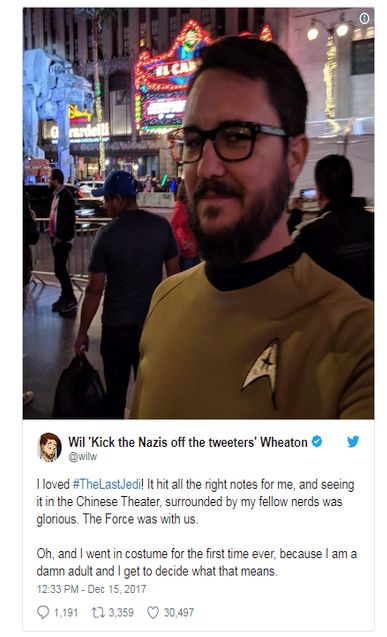 Wheaton has essentially recreated a scene from The Big Bang Theory, where the version of himself from that series attended a Star Wars: The Force Awakens screening dressed as Mr. Spock.

It wasn’t that long ago that Wheaton was reunited with his actual costume from Star Trek: The Next Generation.

“It doesn’t fit, but it sure was cool to see and hold Wesley’s acting ensign uniform for the first time in 30 years,” Wheaton tweeted out after being reunited with the outfit.

AshishDecember 31, 2017
Read More
Scroll for more
Tap
Star Wars: Is a Clue to Snoke’s Origin Found in His … Jewelry?
Star Wars: The Significance of the Gold Dice In The Last Jedi