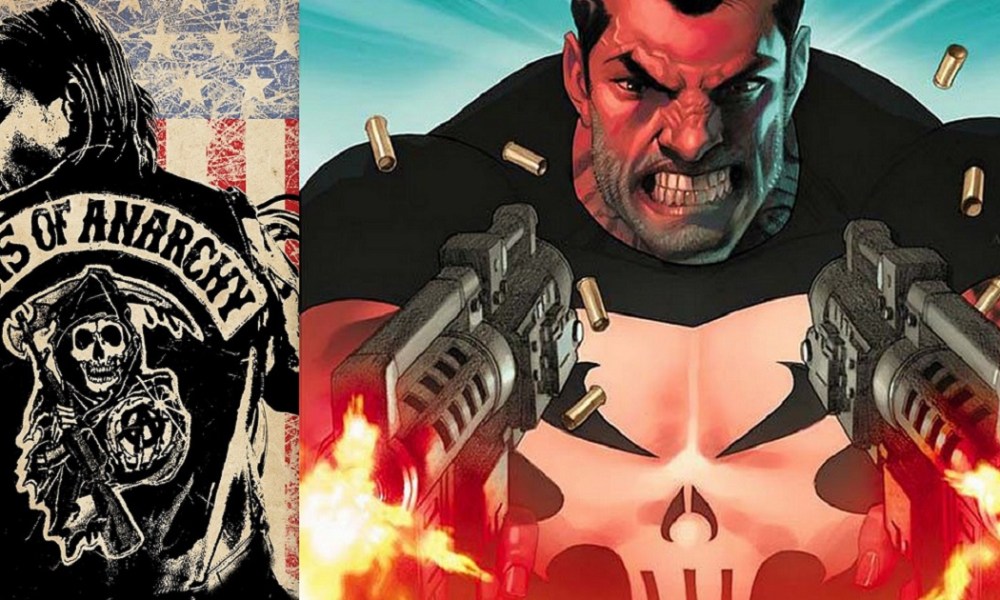 With reference to comic book anti-heroes, you don’t get more famous or notorious than Marvel’s The Punisher. The character caught the readers’ creative impulses from the minute he made his debut in The Amazing Spider-Man #129 in February 1974. However, for a considerable length of time, he experienced serious difficulties to get to the extra large screen. Endeavours were made with 1989’s The Punisher, featuring Dolph Lundgren; 2004’s The Punisher, featuring Thomas Jane; and 2008’s Punisher: War Zone, featuring Ray Stevenson, all of which ran from “total and utter misfire” to “well-meaning yet confused”. In any case, there’s one Punisher film that nobody ever got the chance to see: The Punisher 2, a sequel of the 2004 film, which was scripted by Kurt Sutter, at the time a writer on FX’s The Shield.

When The Punisher 2, known as Punisher: War Zone, made it to theaters in December 2008, its script was credited to Art Marcum, Matt Holloway, and Nick Santora.

Sutter’s absence from the credits came at his solicitation, and it was, as he illuminated on his own website, for two impeccably great reasons: he felt he neither needed nor merited credit for the product. Then again, by that point, Sutter’s name was some place much more noticeable: in the credits of FX’s Sons of Anarchy, as the series creator, executive producer and cast member. He played Otto, as you know.

We caught up with Sutter and inquired whether he’d glance back through the fogs of time and ponder on his endeavors as a Punisher screenwriter. To our pleasure, he acknowledged us and here’s what he had to say;

1. Gearing Up For Punishment

Us: First of all, we value you being willing to persevere through a flashback that is as absurdly far back as this one.

Kurt Sutter: [Laughs] You know, I actually looked for that script over the weekend, because I thought I had it on a key somewhere, but…I couldn’t find it!

I’m sure there’s a hard copy in some archive somewhere, but I couldn’t find mine. I was just curious to revisit it.

Well, you know the internet: probably every draft you’ve ever done of everything is out there somewhere. Probably! 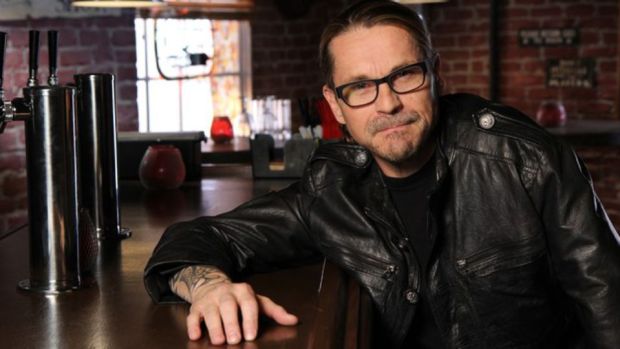 2. Beginning Of The Punishment

Us: How did you come to pen down a Punisher screenplay? Had you been a die hard Punisher fan and wanted to attempt your hand at the character, or was it a thought that was pitched to you?

Sutter: It was really just career stuff. What I try to do over my hiatus from a show… I’d have two or three months of downtime – which on Sons of Anarchy ultimately became more like two or three days, but at this point, which was toward the end of The Shield, it was still two or three months – and I would always try to do a feature film project. I’d either write something on spec or, like, I had a deal with Warner Brothers for two scripts, so I wrote Southpaw during a hiatus from Sons. But I always tried to keep my toe in the feature waters.

I had a couple of general meetings with Gale Anne Hurd, producer of The Walking Dead, and we had talked about a couple of things. She was a producer on the Punisher film, and they had gotten a draft of the script, so they brought me in, and I pitched what some of the fixes were. But I was very new to the rewrite game. In fact, that was my first rewrite, at least in terms of features. You sort of pitch what your ideas are, they tell you what they like and what they don’t like, and then they say “yes” or “no” and they cut you loose. This was right around the writers’ strike, or circling that period, so I go off and I do my thing.

I was thinking about this conversation this morning, and…I’m not a guy who really can stay inside the lines very well [Laughs]. And I think that’s why I don’t have a bigger feature career. I mean, obviously TV occupies my time, and it’s my passion, but the TV rewrite game and big-project game is such a formulaic process. And I’m not saying that as a bad thing. It’s just what it is. And I really have had trouble finding my voice in that kind of rigid a structure. TV has its own structure as well, obviously, but with a serialized show, you’re not limited to any restrictions on character or narrative or relationship. You can move at any pace, in any direction. Whereas with features, its first twist within 15 minutes, plot shift at the half-hour…you know the deal. And it’s cool, and it works, and that’s what it is. But then you take a company like Marvel that has a billion-dollar corporation based on a formula—a very specific formula—that they know generates income. And Kevin (Feige) is a super intelligent guy, but he’s a businessman, and he knows what works and he knows what doesn’t work. So they hand off this project to me, and my whole thing was, “I’m just gonna f— up the formula! I’m gonna mix it up! I’m gonna make it different!” Thinking that was a good idea. And not, like, “f— up the formula” in a Tarantino kind of way, but just in terms of what was expected.

There are a few things I remember. I remember there was a woman involved who was sort of the handler of the cop who gets killed, and there’s a relationship that develops between her and the Punisher. I had all these things that they basically didn’t ask for, but in the process of writing…I mean, that’s just how I write! I’ll get inside the characters and I’ll start writing, and I’ll be, like, “Oh, f—, that is awesome!” And the story will come alive for me, and I’ll start jamming. But in the end, I think they only kept one thing from my draft, and that was how Jigsaw becomes Jigsaw. Because the original had it that he crawls through a window of a church or something, and I’m the one who had the mob brought in, along with the recycling thing, where he falls into the recycling machine and gets all f—ed up. But I think that’s the only thing they actually kept from my draft!

So I turn in this draft, and I’m, like, “Aw, yeah, I’m shakin’ up Marvel, man!” And literally there were people—including Gale Ann Hurd—who were, like, “Uh…” They didn’t know what the f— happened! And it’s not like I didn’t do the things I said I was going to do, but…I also did a lot of other things! And I’m a Marvel fan, but I was not a comic book kid. I didn’t really get into that whole world until about 15 years ago, which is when I started getting into graphic novels. And that happened in Paris, because their graphic novel industry is decades beyond ours! But I didn’t realize that you can’t take liberties with some of the characters and some of the traits, because they are what they are. They’re very derivative, they’re stereotyped, but this is the guy that does this, and this is the guy who does this… So they’re two-dimensional for a reason: that’s the purpose they serve. So I was trying to expand the Marvel Universe in a direction it should not have been expanded in [Laughs].

I think I did another pass on the script after that, but it was clear that I was just not the guy. You know, I wasn’t the guy to go to to initiate or improve a formula. If I do rewrites now, it’s usually just dialogue and character punch-up, and I’ll do a week here and there, because that I can do well…and I don’t get into stories! I just try to make it flow a little bit better. I don’t try to expand anything.

God bless Marvel, though. And Gale’s a wonderful producer. I was just too naïve in the process. And then when the script came out, I read a draft of it, and…well, again, it was everything I was trying not to do! It was by the numbers, and it was everything I tried to shake up. And I was, like, “Well, wait a minute!” It took me awhile to realize that, oh, that’s exactly what they wanted! In my opinion, it was not Marvel’s best outing, so I don’t really have any regrets that my name wasn’t on that project. I think I was trying to write to the emotionality of this dude. 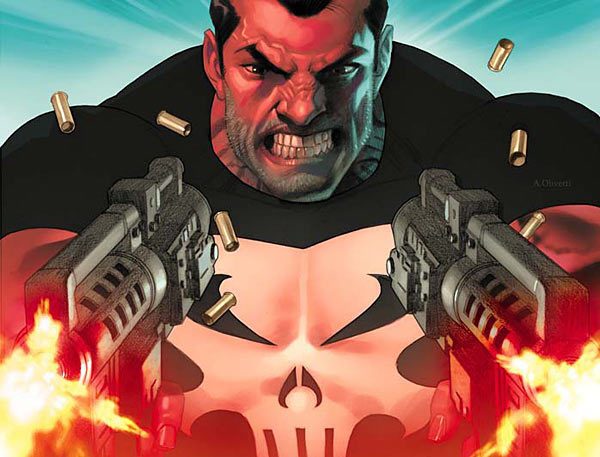